A young genius accidentally invents a device that amplifies the paranormal activity within his family’s house, possibly bringing back the spirits of loved ones, and unleashing things far worse. – IMDB

Our House is based on the 2010 microbudget independent film Phasma Ex Machina directed by Matt Osterman. While I haven’t seen the film that this is based on, Our House is said to have changed its focus and reimagined differently by director Anthony Scott Burns, to focus on a young man dealing with trauma and tragedy. Looking at the description, Our House seems like it has quite the potential to be a lot of the same but still have room to have its own potential. Sometimes films can be surprising and no one really can know what they get into especially when going into a movie presented at Fantasia Film Festival. Disappointingly, Our House actually is just another cliche and predictable horror film that falls into a lot of trope-y territory that makes its audience spend a lot of time doing things that have already been done before, sometimes in a more effective way.

Perhaps, a correction here because the film spends at least half (if not more), on building the drama in the family and healing after the parents get into an accident and pass away, changing the course of the main character, a young man called Ethan (Thomas Mann) as he leaves his promising education at MIT, distance from his beautiful girlfriend Hannah (Nicola Peltz) and go back home to work as a cashier to take care of his younger brother Matt (Percy Hynes White) and little sister Becca (Kate Moyer). In these parts, the story takes time to build up the dynamic and status of the characters however, the horror bits here are the familiar trails of black smoke or children seeing spirits and having it mistaken for imaginary friends and such. There is no doubt that the final act is quite atmospheric and works in a jumpscare way but it still falls a lot into the generic horror with predictable scares around the corner. Smoky figures and predictable moments of when they do something malicious will always be timed exactly as you expected. If you want almost all the scary bits, the trailer pretty much highlights a lot of those moments, however if you do plan on catching this one, you will do well to avoid it at all costs.

The redeeming part of Our House goes to its young cast. A few of them are familiar faces like Thomas Mann who did Kong: Skull Island and Nicola Peltz from Transformers: Age of Extinction. For what this script does, everyone delivers some great acting. Thomas Mann has taken on some interesting projects. While he has done horror before, this one is one of the more engaging roles he has been in. Playing his younger siblings, Percy Hynes White and Kate Moyer also do quite a decent job as their characters are written to show a different connection that they have with their brother, creating the riff in their relationship. They have their unreasonable moments but these moments match their characters and reactions very well. 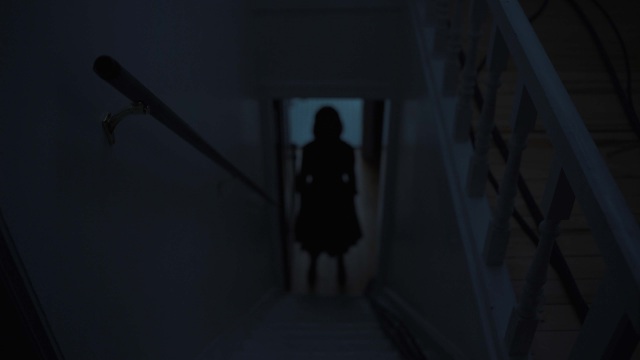 Our House has some nice ideas and maybe the source material that inspired it had great reviews but disappointingly, it just didn’t quite hit the horror elements here. It was generic and predictable with so many horror tropes in the small amount of horror scenes that were actually happening on screen. Even with an great cast, there was no saving this one from being somewhat of a lackluster horror movie experience. What made it even worse was the “twist” ending that everyone saw coming a mile away. Perhaps it might satisfy the entry-level horror viewers but for horror genre veterans, it is too much of the same.

If you do want to catch Our House in theatres, it will be shown in theatres starting next week in selected theatres and will be available on VOD.