After starting this write-up the night after I saw the movie, I decided to stop and really think about it a bit more and thats why its coming out even later than the more recent The Wind Rises that I saw. Rigor Mortis is definitely one that has sparked my thoughts quite a bit and even my best friend and I spent a good amount of time discussing it the days afterwards. 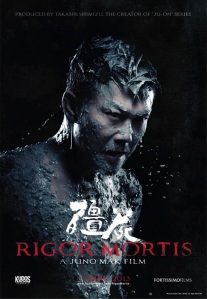 An ominous-looking public-housing tower is the final rest stop for a miserable former movie star (Chin) who’s mourning the loss of his wife and son. Filled with the old, the weary, and the forgotten remnants of society, this last chance hotel nonetheless contains many comforts of Hong Kong life — a noodle shop, a seamstress and a Taoist monk. Ghosts and spirits already haunt its hallways, but when a distraught widow tries to bring her husband back from the dead, the tenement is plunged into a dark storm of supernatural chaos. – Tiff.net

There really isn’t much I can say without ruining the movie plot anymore, so I just present it with the plot summary from TIFF website. Surprisingly, I was not sure whether there would be a good story behind it. I’m happy to say that the story behind Rigor Mortis and down to every detail actually pays tribute to a lot of Chinese lore or maybe a  more suitable word is superstition or beliefs about ghosts, spirits and more importantly, Chinese “hopping” vampires.  However, for the majority, maybe the appreciation won’t be as deep if you haven’t watched some of the Mr. Vampire movies that were made a while back. 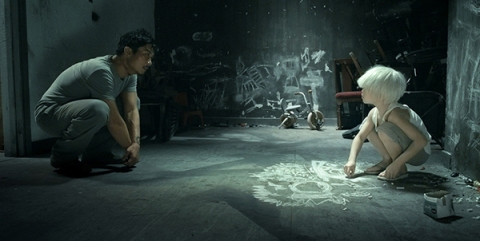 What very much is amazing is that they retain a part of the old cast.  The main actor was part of every Mr. Vampire movie except for the very first, I believe.  He’s not very known or popular in Hong Kong right now but he carries the role: the drama, the sorrow and rises up to carry something stronger.  I was actually really impressed at him and the style he brought to the movie.  That also leads us to look at the other actors involved.  There were not a lot of characters but the few that were brought in has had a long and outstanding work in the Hong Kong movie industry. Kara Hui is magnificient as a troubled mother and fighting to care for her son and not get evacuated.  Richard Ng’s return to the industry has made me see him a different light with recent movies and this one definitely has to be the best so far. 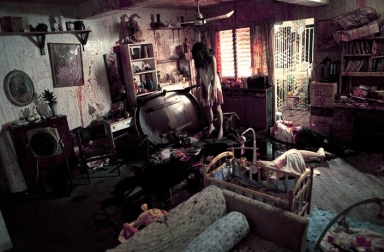 Aside from a very well-chosen cast that interpreted the material really well, I have to say that the most surprising thing was Juno Mak’s directorial debut has made me seen the growth in him.  A few years back, Juno Mak was a singer who faded fairly quickly and had many rumors of not holding up his own but rather having a rich family to support his work.  As he came back this time with a movie that was part of TIFF, I was a bit skeptical but the trailer made it look extremely promising.  The best part was the way he directed the movie,  He gave it a very dark feeling and added on a good amount of gore.  Lets say for some scenes, I was happy that we chose to eat AFTER the movie.  The eerie feeling and the old traditional folksongs/chants (I’m still trying to figure out the word for it) that reflected the spirits and vampires to set the tone of the movie right from the start. A new take to hopefully revive a respected comedic series.  Visually, this was incredibly well done.  It have to applaud the efforts of the creepy effects, the ghosts, spirits and the vampire itself.  Although, Chinese vampires are something like zombies to me. 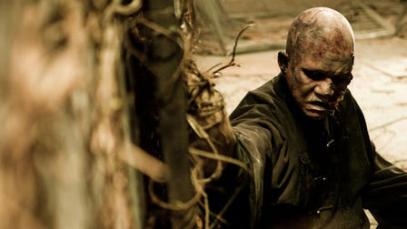 Another thing I am very impressed with is the detail.  Many Chinese people will catch onto it as the movie progresses starting from the cursed room number of 2442.  4 sounds like death in Cantonese and 2 sounds like easy.  Next we have talismans that detail the scenes for praying and Buddhism in temples, and the instrument that the vampire hunters use that is how everyday people believe that its to repel spirits, etc.  I’m actually quite surprised this movie made it through to an International festival especially when there is so much that the audience needs to know to fully experience the message sent.  Even when looking at the translation, it doesn’t really grasp the vulgarity of the language used.  Cantonese in itself is already quite a slang Chinese dialect in itself but in this, they implement a lot of vulgar slang to focus probably on the type of people that live there, sarcastic in their seemingly bland life despite all the the abnormality to others who are new to it. 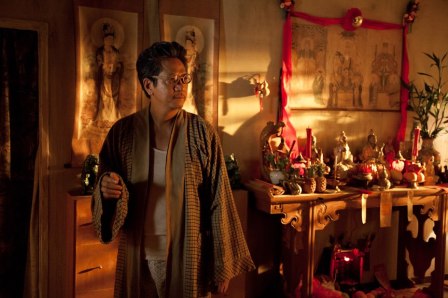 After some long reflection, I think that I would recommend Rigor Mortis.  One, it packs a lot of scares (although I’m not particularly the right person to ask).  Its not jump scares but rather it builds up on the gore and disgust as it unwinds itself in a creepy way.  The tone is set really well to emphasize the atmosphere Juno Mak wants the audience to feel.  The cast is well-balanced, renowned and really help make the movie and the story engaging and mysterious. Sure, there are flaws, especially in the ending with some bad CGI but to me, it was meant to be that way to complement the ending. Telling you that would be going into spoiler territory and so far,  I’ve done pretty well at staying away. Even with that, most of the movie has some really impressive visuals that work well with everything.  If you can see some Mr. Vampire before, that would be good, but even if you didn’t, I think this one won’t disappoint. Give it a shot, there’s definitely something good about it.  A good directorial debut for Juno Mak in my book and I applaud all the hard work of researching for the depth and symbolism in this.  I respect that a lot!

Have you ever seen any movies with Chinese hopping vampires? Do you know much about Chinese beliefs/superstitions about spirits, ghosts and undead?