I’m sure most of you know that I’m a foodie and well, I love eating Chinese food but eating Chinese food in Montreal is really complicated and difficult, not to mention full of MSG and unhealthy.  So, when I get to the awesome city of Toronto, I go all out and try to eat as much as I can! This time with my best friend, we really went completely random and just chose restaurants that we went by or heard of before.

First stop was upon arrival at Pacific Mall on Friday where we got our lunch at one of the fast food kiosks there.  Even these are quite impressive.  I tend to always go to  the same one.

With our meal we get Chicken Ginseng Soup (or Soy milk or soft drinks).  I had my favorite there, Yang Zhou Fried Rice. 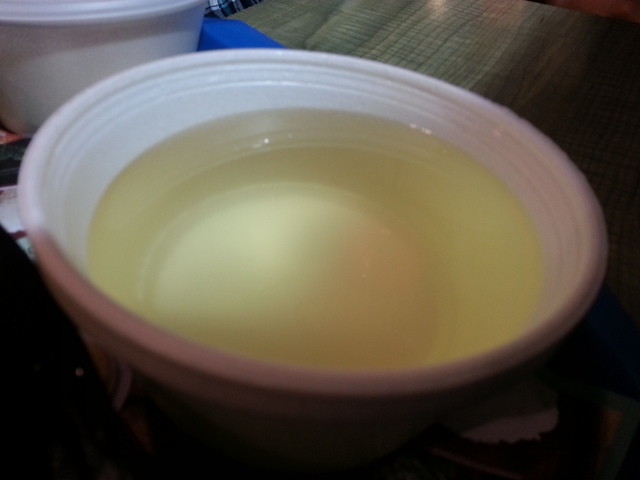 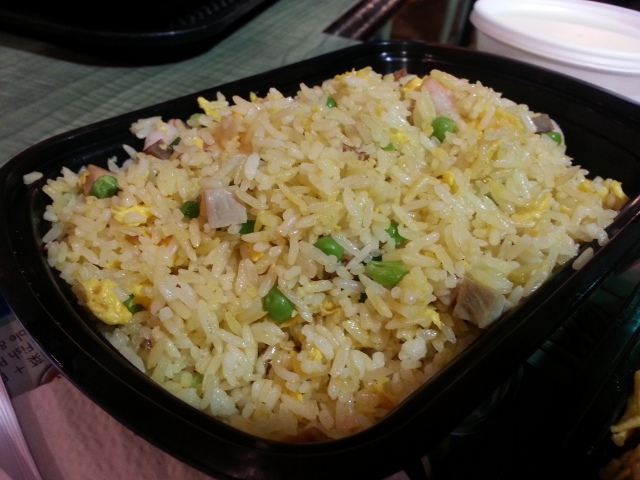 I have this unexplainable love for Yang Zhou Fried Rice.  When in doubt, I always pick it.  My best friend chose the Lohan style Vegetable Chow Mein. Sorry for the blur…. 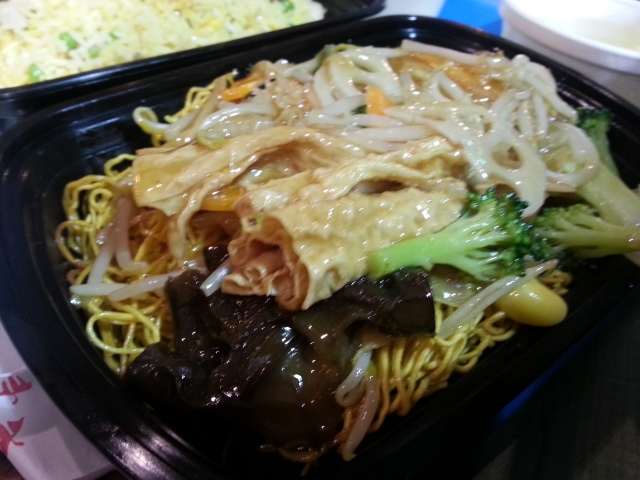 At night, after a really awesome horror movie, Rigor Mortis at TIFF (review HERE), we ate dinner back at First Markham Place and we chose Congee Wong. The crazy cold weather in Toronto had made us almost feeling sick so we thought some congee would be good.  Somehow I forgot to take a picture of the congee but we did have two dishes to accompany it. 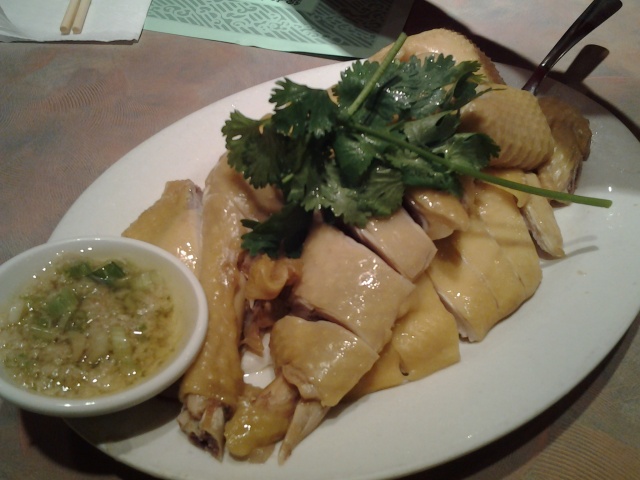 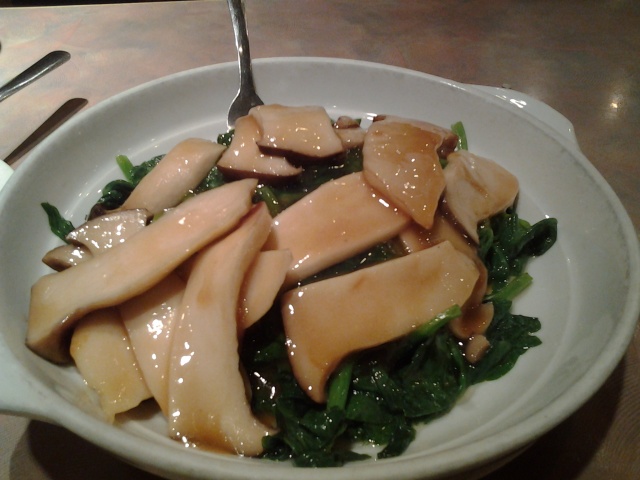 They were really delicious.  I’m a huge fan of Pea Tips veggies.  These were made so good! The congee was also really good thats why I didn’t even take a picture and it was already gone.

After a good night sleep at the hotel, we went out for brunch/dim sum at Ding Tai Fung Restaurant, a chain restaurant famous in Taiwan (I believe).  Its a bit more pricey than most restaurants but they made awesome cuisine.  I hadn’t eaten there in almost 10 years. 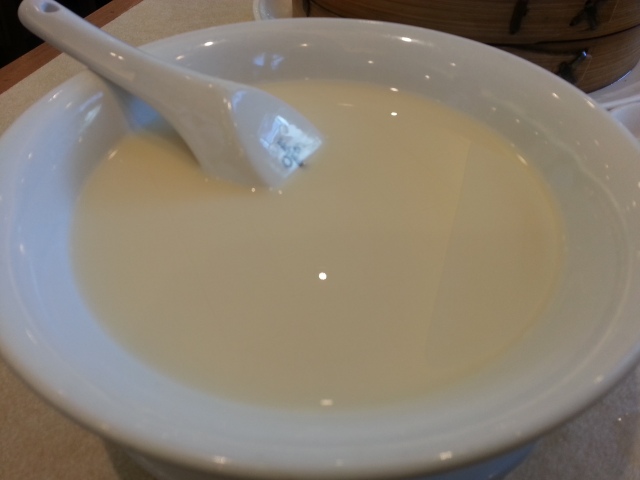 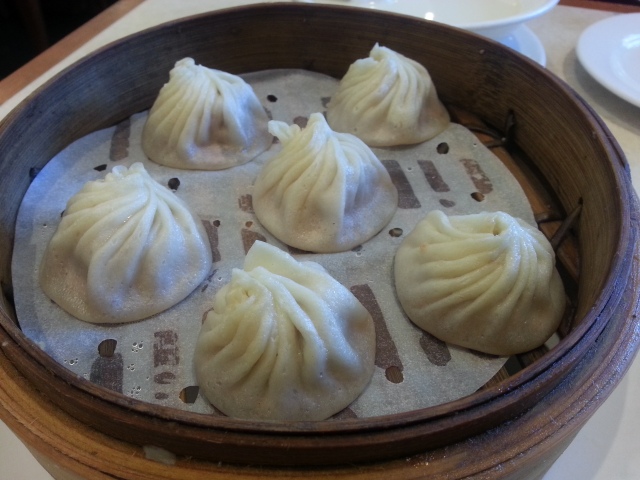 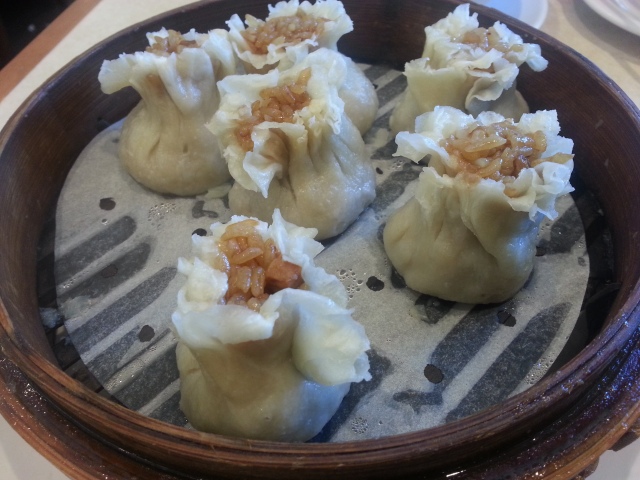 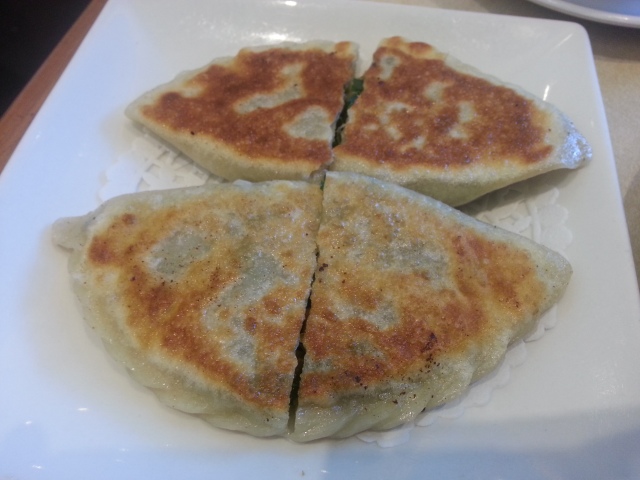 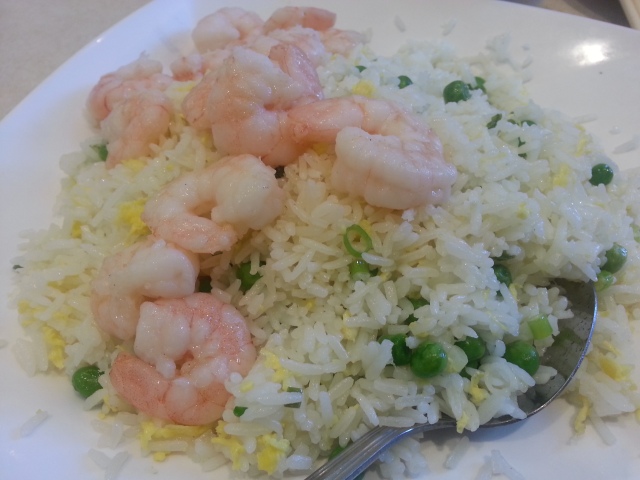 Fried Rice with Shrimp and Eggs

You can’t get any more feeling like living in Asia than drinking some authentic soy milk, not the stuff out of cartons in the supermarkets.  Plus, this place makes some of the best Steamed Soup-Filled Dumplings I’ve ever tasted (the other place is Asian Legend that I’ve mentioned before a while back).  Our trial was the glutinous rice dumplings.  They were good but just not too tasty, coming from me, thats actually saying a lot because I’m used to eating everything low sodium, low oil, etc.  The fried rice was really to help us feel more filled to go for our shopping day 🙂

That evening, after our shopping, we decided to finish up the leftovers from the previous meals and also grabbed hot dog (for me) and hamburger (for my best friend) at Five Guys to complement everything. We also dropped by a Chinese herbal tea/dessert place called Pun Cao Tong Herbal to grab some deserts.  No pictures of those though…we had a bit of an accident and after the clean up, we just sat back to finish the movie (review going up later) we were watching and eat.  However, here was our very hotel room picnic style dinner setup: 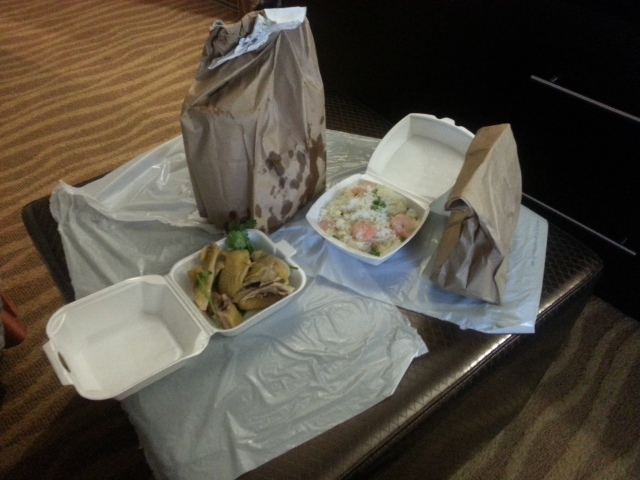 Leftovers with Five Guys at the hotel room

For dessert, my best friend chose Stewed Egg White with Black Sesame Paste.  I chose my favorite Black Sesame Paste (that was also the culprit of the mess).  We also both had bought some Herbal Jelly to take home.

Typing this up just made me miss Toronto food so much. Although I do have something pretty huge planned in the baking department thats somewhat of a fusion.

This trip really helped me get back all the blogging motivation because right now, I’ve started about 10 drafts for the coming week and two ideas churning in my mind that I’m working on 🙂 Definitely back on track and it feels great!