Do you all know my Game Warp co-host Elwood Jones? He is the blog owner of From the Depth of DVD Hell and also the podcast host of MBDS Showcase. MBDS stands for Mad Bad and Downright Strange. He asked me to join him as a guest to talk about two movies and I chose an Asian double feature with S.P.L. (aka Kill Zone) and Infernal Affairs. We talk about the two features but we also dabble in a discussion on modern horror, Nymphomaniac and in general, the rise of podcasting.

Check out my review for Movierob’s May Genre Grandeur for Crime month of Infernal Affairs. Its one of my absolute favorite crime movies and this re-watch was long overdue. I’m going to be watching the next 2 also in the near future. Look forward to my reviews of those.

However, June’s Genre Grandeur is for Superhero/Comic book movies so if you have a favorite you’d like to write about, send it over to Rob. All the details are in the post before the review.

A huge thanks to Rob for putting this together. I had a lot of fun revisiting Infernal Affairs and now I’m all pumped up to rewatch the entire trilogy!

For my next guest post for this month’s Genre Grandeur – Crime, I present you with a review by Kim of Tranquil Dreams of Infernal Affairs (2002).  Her site is filled with movie reviews, photo challenges, travel posts, and of course very interesting recipes.  If you don’t already follow her site, I urge you to do so.

If there are any of you out there who still want to submit a post for this months genre – I am willing to give you a two day extension (until 27th May) to send me your review (crime@movierob.net).  If you are planning on it (ERIC!!) :), please shoot me an email to let me know to look out for it.

Just a quick reminder that next month’s Genre, which was chosen by Zoe is Superhero/Comic book movies, so feel free to start sending those in too (comic@movierob.net) 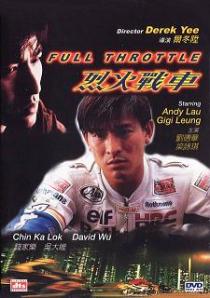 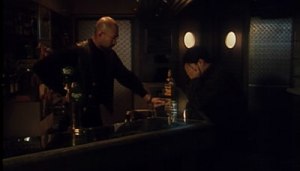 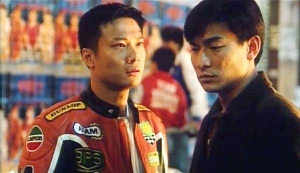