Yesterday was my best friend’s birthday.  I’ve showed some pictures of us together and all but she’s like my sister.  She’s actually been reading my blogs lately and I’m extremely happy about that.  So I decided that since she’s been talking about wanting me to check out Tai Chi Zero on Netflix for a while,  I’ll do it just because its her special day! I’ve been meaning to for a while but I get a weird vibe from the movie itself so lets see what I thought about it… 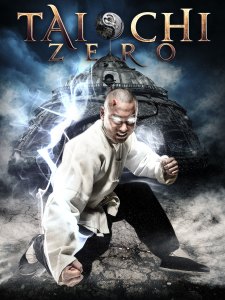 Lu Chan/The Freak (Jayden Yuan)  was born  unusual with a weird horn-like growth on his head.  His mother (Qi Shu) always believed that he was special unlike his father who constantly neglected him.  His mother’s last words to him were to do one thing well and that was to perfect his gift, the ability to learn kung-fu steps quickly and be  a master of kung fu. He was taken in by the Divine Truth Cult that exploited his gifts in war, however, the doctor advised him to leave and seek the Chen Style Kung-Fu which was a powerful form of Tai-chi in Chen Village which was never taught to outsiders.  That was the only chance to save his life to balance the energy in his body. At Chen Village, Master Chen is not there and his disciples including Yu Niang (Angelababy) stops him with stages to make him get through before allowing him to learn the arts.  However, at the same time, a previous resident, now a chief engineer, Zi Jing (Eddie Peng) for the government to enforce a railroad that the town opposes to be built through their village comes with his technology to force his way.  Luchan may be the town’s only chance of survival. 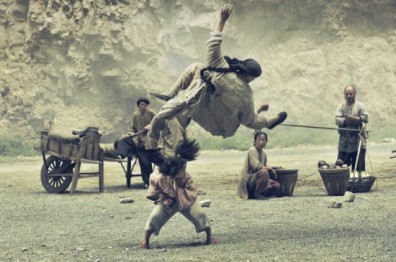 Tai Chi Zero is a peculiar Chinese action movie.  It reminds me of a mash-up of Kung Fu Hustle, Shaolin Soccer with combat video games and comic books style (similar to Scott Pilgrim Vs. The World).  For a good part of the beginning, I felt like it was ripping off those movies.  I can’t say its a great film because the story wasn’t really all that good, however, it did have some pretty good action sequences.  I mean guess who the action director is? Sammo Hung, guys! No one can really beat Sammo Hung at this.  I have immense praise for him.  In the position of director, we have Stephen Fung. I like Stephen Fung a lot when he was an actor.  As I looked through his earlier directing efforts, I realized that I have seen two of them.  I really can’t say I enjoyed those much which makes this one shine in comparison.

Its a pity that the script wasn’t more engaging because the cast did a great job at the character portrayal.  I didn’t have many hopes for them since I can’t really take an actress with the name of Angelababy very seriously and she hasn’t really done any impressive roles before this, but I have to say she did alright.  She’s slowly earning my respect.  Our main character was played by Jayden Yuan, 2008 Olympics Wushu champion.  I can’t say he had to do an incredible amount of dialogue or acting but hey, he sure can fight.  I’ll give him that! He was pretty incredible. 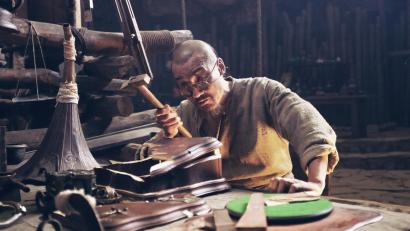 The person I think deserves mention is definitely our Grandmaster, Tony Ka Fai Leung.  I’ve reviewed a few of his movies before, most recently being Cold War (check out the review HERE). After his exceptional performance in the Hong Kong mob flick Election, this actor has been way off the charts awesome. I used to ignore his movies and I really can’t get into his appeal but to me, he’s really been involved in some pretty great movies and in this one, he really brings out everything.  He adds hints of humor, great fights and has some of the relevant and meaningful dialogue.  He was the perfect choice for the role. Playing the bad guy in this one is Eddie Peng, who coincidentally was also in Cold War and played Tony’s son.  You know how some people just have that bad guy look? Eddie Peng has that! He looks bad-ass all the time, which makes him really good when he’s being really bad.  Does that even make sense? 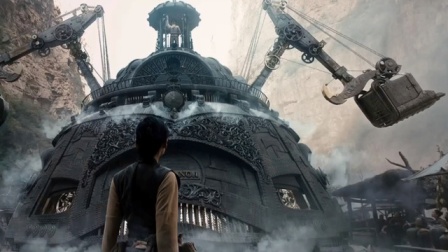 The main thing you need to remember when walking into this movie is to throw out that whole balance of everything working out.  This movie is plain weird.  The best part are definitely the fight scenes.  Everyone does great.  Everything single one is worthy of applause and that last final battle was set in stages and man, just one *spoiler* (maybe the trailer has it, but I never seen it), once you see stage one and all those fruits and vegetables flying out the doors and windows, I couldn’t help but to laugh at the craziness of it all! *spoiler ends* That last fight is so much CGI, its ridiculous! The only way you buy into this movie is to buy into that.

Its tough to say whether I recommend it.  Its definitely an original and unique martial arts movie.  Stephen Fung deserves every bit of credit in that.  Its definitely worth a watch, however, I did have to take a good 15-20 minutes to get used to it and the beginning didn’t really appeal to me as much.  But, once the movie starts flowing and we get into Chen Village, things start getting a whole lot more fun and entertaining and its full of amazing fights and kung fu/tai-chi moves.  If thats your thing, you might just enjoy this peculiar little film.