Continuing with a incredibly final showdown in the second consecutive day at Fantasia starts with a late morning screening of the North American premiere of Korean zombie film, Train to Busan. Those of you who know me know that I enjoy zombie films a lot. In fact, they are almost always entertaining to watch. Train to Busan caught our attention immediately and we had to add it into our rundown no matter what. Even if it meant going for the late screening the night before and waking up early to see this, not to mention standing under the scorching morning sun which was nearing 30 degrees Celsius. It was not pleasant but in our hearts, we believed that it would be worth it. 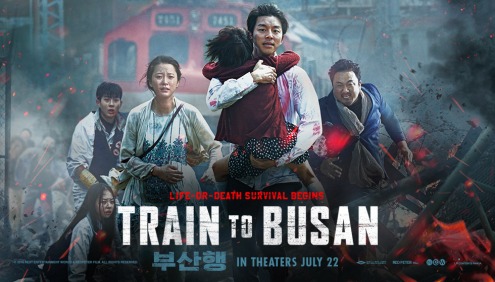 While a zombie-virus breaks out in South Korea, a couple of passengers struggle to survive on the train from Seoul to Busan.-IMDB

Train to Busan is a Korean zombie movie that runs for almost two hours. It is absolutely one of the longer films showing at the festival. Zombies occur after a biotech company leak. It focuses on a self-centered fund manager Seok-woo (Yoo Gong) who after much convincing decides to take his daughter Su-an (Su-an Kim) to Busan for her birthday to his ex-wife. However on his way there, an infected girl ends up crashing into the train right before departure and from there it enters a claustrophobic and dangerous zombie film. At two hours, it is hard to imagine a tightknit movie but Train to Busan is executed extremely well. In fact, it doesn’t rely on jumpscares most of the time. It builds its characters and structures a story around them as they escape and learn about these zombies that have invaded the train. 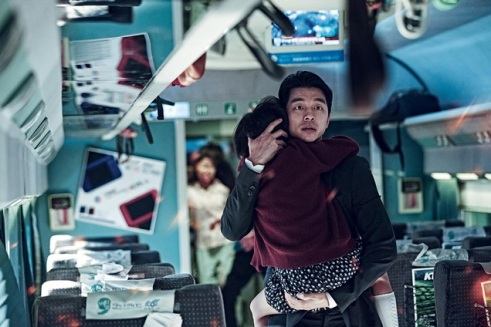 Before we head into the meat of this movie and tackle the characters, we have to dive into the zombies in Train to Busan. The zombie design is done really well. At this point, we have to start believing that we have seen everything there is to do with zombies. However, there is nothing tacky about these zombies. They die for a second and contort in a terrifying way into zombie mode right away. They growl and are infected with rage. Certain parts might even remind you of a cross over of World War Z with Zombieland. They have white out eyes and are incredibly vicious and quick. In short, they attack what they see. Anything else is for you to discover when you watch this because that is half of the fun. 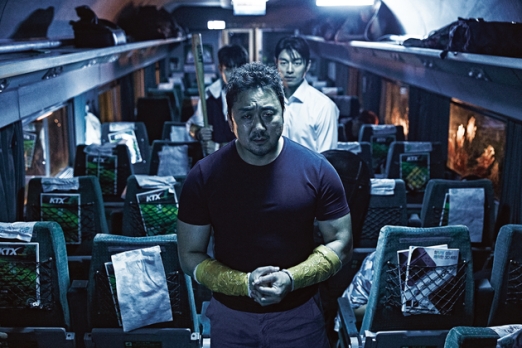 The heart of Train to Busan are the characters. They may act predictable but it proves a point that sometimes well-executed tropes are equally as effective. Our main character is the fund manager (as mentioned before) who has his young daughter with him. His character develops the most, especially his relationship with her. His daughter is worth a mention because she is incredibly talented in her role.  She never is annoying or bratty. In fact, she acts exactly as well as a child would probably act when thrown into this situation. Also, we have a father to be (or as Fantasia’s description calls him a “two-fisted goon”) and his pregnant wife: the righteous hero who also is the humorous guy with his one liners and infectious attitude. His wife creates a wonderful balance for the tact that he lacks. This goon is the absolute highlight of the movie. On the other hand, it highlights the fact that in times of crisis, human nature is a scary thing because the natural instinct of life preservation occurs and people do extremely selfish acts. One character in this whole affair is an absolute piece of garbage. You will know who it is right away and the feelings of hate that he stirs up might be hard to imagine. Along for the ride are some teenagers heading to a baseball tournament and a pair of senior sisters and some of the train crew who make impact on various scenes. If you find yourself cheering for some of these characters, especially the wildly fantastic father to be character, it is normal. We all were at the Fantasia screening also.

However, there is one aspect that fell short: the way it was wrapped up. In fact, it may be the only aspect of this intense zombie film that may drag it down a little.  The ending was being taunted to its audience. It kept seeming like it wanted to end but somehow was playing up to the final scene. At a certain point, it simply felt contrived. While the ending was not bad, it was unnecessarily dragged out to achieve the end results that they desired which may or may  not be perfect. Perhaps, it felt a little too neat for some.

Train to Busan is a gripping and thrilling ride that will have you holding your breath.  It takes you on a claustrophobic and heart pounding adrenaline run with a growing population of terrifying zombies. It tackles human nature, life preservation, struggle for survival with brilliant characters that will make you fear for their lives, cheer them on their bravery and honor and feel sad when the good guys are sacrificed. This is a zombie movie after all. It is inevitable. Despite its contrived ending, Train to Busan is well worth a watch (and many more times after that).