Welcome to the continuous hectic weeks of February! We’re heading towards the end of February and this obviously recaps the week prior so its just still a bit nuts. I’m trying to keep up with everything as much as I can. Some things popped up as well while wrapping up other little things.

Currently reading: To Dream Is To Die

Reading is still pretty good. I’m managing to keep up with the whole reading on the bus in the morning routine. It gives me a good lead on a lot of the reading and with sufficient time and not too long books, which is mostly the ones I have coming up, most of it is on track. Plus, reading in the morning is always a great way to start the day. I’m still reading To Dream Is To Die. Its definitely picking up and the story is panning out better. I have some little issues right now with dialogue but I’m not even halfway so I wonder if its deliberate. We will see whether its a character thing or just something less to my liking.

Like I said last week, I’m going to try this week to make the most of the Xbox Game Pass for PC that I have up until April. Before any big games, which I just don’t have time to commit to right now, I’m playing games in little doses. The first that I installed and then removed within less than half an hour was the desire to try out ClusterTruck which is a fairly simple control type of game but also a tad frustrating to get through levels at a certain point. I figured that I’d seen most of what it had to offer so uninstalled it. If I was in the right mindset, I would probably have played it longer but unfortunately, I’m just not. So, I moved onto something newly added which is Reigns: Game of Thrones.

I’ve reviewed the previous two Reigns games and go back to play them on my phone every once in a while. Playing Reigns on PC is a pretty neat experience as it feels more cinematic, which makes me wonder if its just the Game of Thrones angle that adds to it. I’m still unlocking characters and figuring out how to do it so probably will be working on this for the next week or so. It feels more objective oriented so its pretty fun. 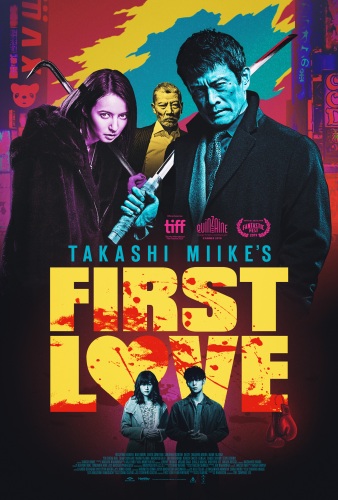 Between Movies and Tea which brought viewings, rewatching The Swan Princess as its great to pair as background viewing and the fantastic two screeners that I got over the past week, its been really good on the viewing front. Everything has been a nice surprise overall. I won’t talk too much about Life of Pi as that’s a Movies and Tea recording and then I got to catch up with Bait which has been on my watch list for a while and it didn’t disappoint. My movie of the week has to go to one of my screeners, although both are pretty good, First Love is awesome! Its full of a good balance of fast-paced action, crime fights between yakuza and triad, clueless pairing getting caught up and some incredibly funny and quirky characters. Its fun and exciting to watch.

TV binge definitely is what I wanted to have accomplish.  I ended up wrapping Dad Where Are We Going 5 and Find Yourself, both were pretty decent watches. If anything, Find Yourself was overall just a fun little watch with a lot of pink hearts floating around a lot of the scenes. It was a bit frustrating in the middle but still managed to pull itself through in the end.

Due to the coronavirus in China, The Singer 2020 actually has changed its structure to an online format with its designated audience watching live as the singers perform in their respective cities and studios/homes. Its an interesting way to do it but still manages to keep it interesting. Other than that, Love is Blind should be wrapping up in the finale this week. I’m still uncertain how I feel about it as its more of something I’ve been watching in the background. While Eternal Love of Dream is at the phase where I’m saving up episodes so skipped a week to pile up more to watch in a binge when I have more time.

That’s it for What’s Up!
What have you been watching/reading/playing/binging?