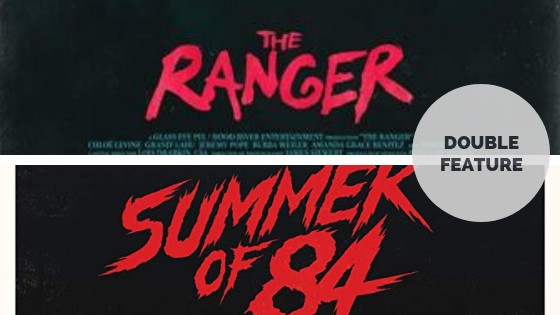 Its been a little while since the last Halloween double feature due to the intermission of Festival du Nouveau Cinema and Toronto After Dark happening. However, we are back in action with double feature #5 looking at 2 movies currently on Shudder that I wanted to watch but didn’t get a chance in 2018’s Fantasia Festival: The Ranger and Summer of ’84! Its a bit late but let’s wrap this marathon up (even though technically its already over).

Teen punks, on the run from the cops and hiding out in the woods, come up against the local authority – an unhinged park ranger with an axe to grind. – IMDB

In concept and premise, The Ranger is a really fun throwback to 80’s slasher. It uses the whole punk element to its character as well as in its soundtrack as well which works to a certain extent. The Ranger has the whole slasher thing with an unhinged character that does work in the books as well and possibly ends up to be one of the more standout elements.

The Ranger stumbles mostly because of its short run time. Its a rare thing for me to say because I usually complain that films are too long and ends up causing a movie to drag on without reason. However, in The Ranger’s case, it actually still has pacing issues. It spends a lot of time showing off its one-dimensional characters and their rather linear development of the situation even from its obvious deaths. It also spends a lot of time showing off how unlikeable the majority of these characters are, making them less likely characters to root for. The character that does get more attention would be its female lead who is a fairly tough girl who also has her past connection with this area and The Ranger himself. The deal is that while there is a slight touch on the connection, there are still a lot of depth that gets overlooked making it hard to connect with her character either.

The Ranger isn’t all bad. There is a tough female lead for one despite its lack of depth as mentioned above. However, The Ranger himself, played by Jeremy Holm is really great most of the time. The unhinged characters are always fascinating to see unfold on screen. He elevates to a point in his lair that really drives the movie to a very unsettling and creepy feeling. That scene alone is the best one. Of course, it also focuses on those ramped up tension that tries to build with each supporting character’s death which mostly is fairly creative and works well in the slasher realm. 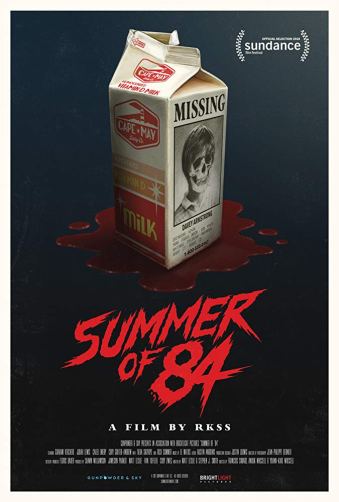 After suspecting that their police officer neighbor is a serial killer, a group of teenage friends spend their summer spying on him and gathering evidence, but as they get closer to discovering the truth, things get dangerous. – IMDB

If you could take the idea of Disturbia and then add in the character structure of Stranger Things, you would get Summer of ’84. Seeing as both Disturbia and Stranger Things are my favorites, its hard to say that this one wasn’t a win right from the premise alone. There are still elements here that don’t quite work as well which mostly goes playing with the reveal and juggling the truth and smokes and mirrors kind of thing.

Summer of ’84 was high on my anticipated films list in 2018 so I had some expectations for this one which I’m not sure exactly reached the height of what I had wanted it to be versus the reality of how it turned out. But, Summer of ’84 had a lot of well-executed moments and tense moments and even some fun moments for good measure and never forgetting that it is teenagers that we are dealing with.

Summer of ’84 is a lot of familiar territory and meshes some of my faves together. At the same time, its soundtrack and style and even its references truly shows off the 80s very well. Its a rather immersive experience to watch. The atmosphere building and the whole use of the community playing together outside is a nice addition that makes everything so much more natural. There are some genuinely tense moments. Where it stumbles is that the movie at times feels slightly disjointed in pulling all the elements together however the boys here are rather fun to watch but adds a fresh dynamic to this group. Its not a standout sort of film but its a fun little indie horror that works for the most part.

Have you seen these two indie horror films?