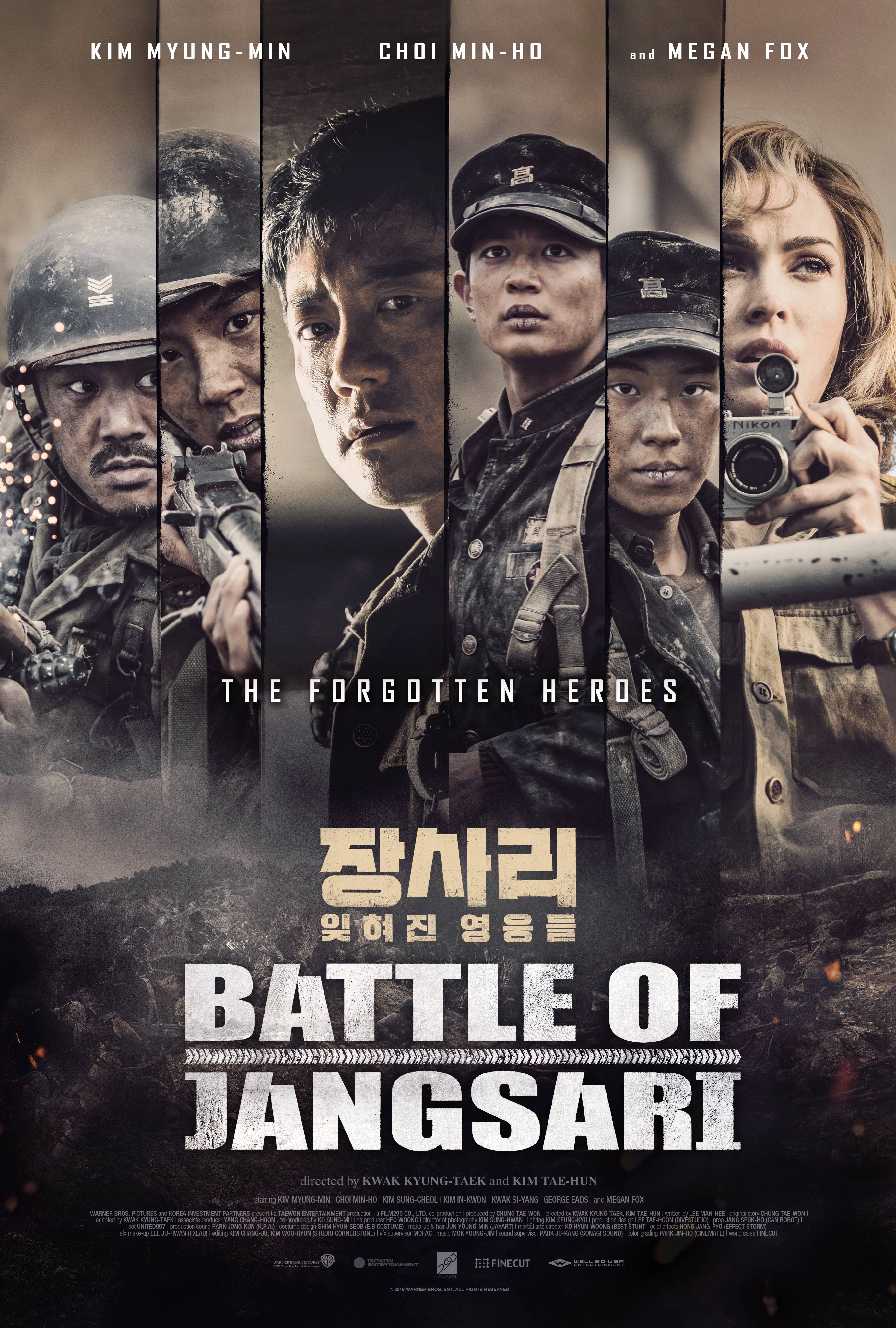 A depiction of the Battle of Incheon during the Korean War in 1950. – IMDB

Battle of Jangsari is a South Korean action war drama based on true events. This film is mostly in South Korean but also has American collaboration in the efforts of mostly the American support present during this event and playing the roles is a general played by George Eads and correspondent played by Megan Fox. The movie is set during the few days length of this battle and revolves around inexperienced student soldiers that haven’t even completed their training who end up being shipped out to face this battle. Battle of Jangsari does make the effort of focusing on a few of the characters here with different backgrounds and back stories to be revealed throughout to build their characters.

One of the best elements of this film goes to its cinematography. It captures the different elements and hurdles that they have to face with a lot of impact and danger and devastation. The war action is done well as the camera follows the troop through the trenches and across the land trying to capture the vantage point or even as they try to ambush. War dramas are heavily reliant on these elements to make the whole film feel the grave matter at hand especially in a battle that feels like it was a shot in the dark to begin with. All this shows well in how it builds the situation from the little moments of drama as these students realize that the opposition might be soldiers much like them. One of the best moments is when one of the soldiers find a letter from the opposing side written to their mother explaining his situation and final words. 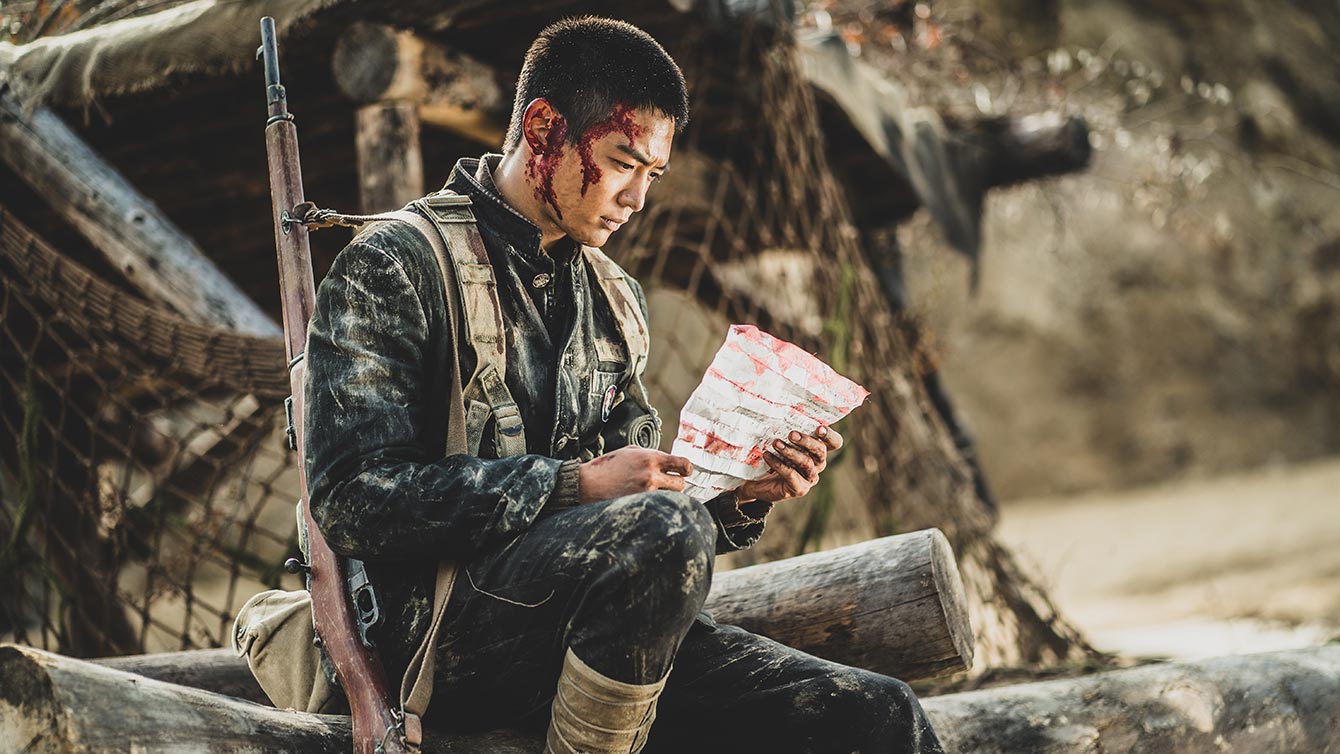 When we look at the characters, its a pretty big cast with probably about 5 or 6 soldiers along with some of their captains that have their own back stories to navigate but its never used a lot, making these characters never developed completely and perhaps their situation is easier to feel bad for than their story or any specific character. However, the focus on the student soldiers and how little they know of each other ends up sparking up their own issues whether its prejudices and misunderstandings leading them to not cooperate as well. Its the human element between this fight between North and South Korea that is pushed to the forefront. Over fighting for survival together, the story lets these soldiers also find trust and bonds and friendships.

Perhaps one of the lesser elements of this film is with the very vague moments between the General and Maggie where the American side of the story is very weak. Its dialogue doesn’t seem to give the story a lot of support. Its not the fault of Megan Fox or George Eads and feels much more like the script issues. It almost feels unnecessary for most of the conversations they have and their characters also prove to be rather empty with the main purpose of having their a part of the finale.

Overall, Battle of Jangsari is a good action war drama. Its action and war depictions are filmed very well and incredibly captivating to watch this event unfold. While the actual event exceeds my knowledge and I’m not sure how much of it is accurate, the movie itself does have a good deal of drama that portrays the struggles and misunderstandings and more between the characters. Individual character development is a bit lacking but the situations that they face actually does make up for it as it makes this battle focus on the devastation from the people involved on both sides as well as the urgency of the opposing force with much more reinforcements a constant pressing matter.

You can find more info on this film as well as where to watch it HERE.

Ultimate 80s Blogathon is here officially! The first contribution post starts today over at Drew’s! We’re starting with Prime Six Blogs and a look at 80s War films! Thanks so much P6 🙂
Head over and check out his 6 selections!

And the Ultimate 80s blogathon is in full swing! First up is P6 from Prime Six Blogs.  P6 reviews all sorts of movies and games. Go check his site out for yourself. But before you do that, let’s look at some of his favorite war films of the 80s, shall we?

The 80’s changed the depiction of war in media and affects it’s portrayal even today. Apocalypse Now (1979) bought about this new wave of brutal and mentally disturbing war films.

In no particular order, here are some of the finest war films to be released in the 1980’s:

The Big Red One (1980)
One of Mark Hamill’s lesser known roles, this movie focuses on a small squad and is set during WWII. Lee Marvin seems a little too old for the role but acts it well. The movie has many different settings from farmland to desert and beach’s…