Its been a month since the last Weekly Adventures! Because of the haul posts and the What’s Up 2017 post, I just didn’t think doing a Weekly Adventures would make sense (or maybe I was just resting). Whichever it is, we’re back and right on track. I am thinking of making these weekly again but just working out a structure. However, this month has been pretty busy, especially with the holidays and then the getting back into work and blog and all that awesome winter fun! 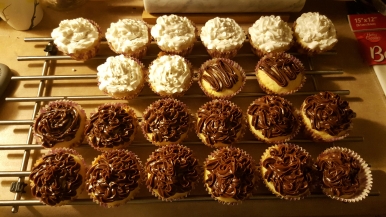 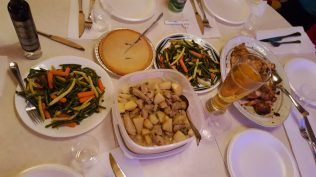 Christmas eve with family, after Christmas party with friends and then New Year’s Eve with my mom and close friends all shown above. As with most of our recent gatherings, its about seeing everyone and eating lots of food, drinking a little and playing games. Fun times and lots of good catch up with everyone was great. It was a busy holiday and in between with the days off was really just resting at home and binge watching TV series. That’s pretty much where all my Gilmore Girls binge watching started. If you  missed it, I’ve recapped Season 1 & 2 and you can find it here and here respectively.

Trying Out Something New

I’ve been working for fun on Youtube doing whatever videos. While gaming is really a lot of the other content going on in between the random unboxing videos that I link up here, I’ve been checking out visual novels. I did review two of them in 2016 which was on mobile so I didn’t bother to record it but this one somehow made me want to try it out so I ended up doing an entire reading of it and making a really crappy attempt at doing different voices. Its really silly so if you do listen to it, just go to like a part where there’s cute laughs because my husband cracked up at that so I figured that’s one of the good parts. I might do a few more of these but hey, if you like it, subscribe to my channel (or don’t, its up to you). I will be moving my gaming stuff to another channel that I want to start up with my husband. Its something we’re working on as well. And this will go back to a new movie segment and unboxing videos and random vlogs.

In the “What’s Up 2017”, I talked about sharing my piano journey and putting absolutely more emphasis on it this year in order to do the exam in Autumn. Since I never had talked about my piano much, I figured it’d be nice to start off with a little introduction to what I’m preparing for the exam. I’m still on the fence on whether to record and share the progress. For the record, ever since I announced it on the 1st, I’ve already scheduled in piano practicing and actually did it which is already much better than last year where some weeks, I didn’t even get one session in which resulted in lack of improvement. All my fault and lack of time management but NaNoWriMo month has helped me with that a lot along with something else that I just started using and will talk about later.

My pieces that I’m preparing for are these:

Here you go! Prepare for some updates on this, it’ll be a fixed segment in My Weekly Adventures now.

Another fixed segment will be workout (instead of the old Weekly Workout roundups).

Its been hard to get in workouts but its happening. I’ve managed to get at least one session in. So far, this has been the hit one as I focus on my arms which is always the weakest link. I also did some yoga and some zumba routines as cardio.

Its starting to fit into the schedule now, which is great! I see only better progress! On the way to that 5 km, maybe even a 10km. 🙂 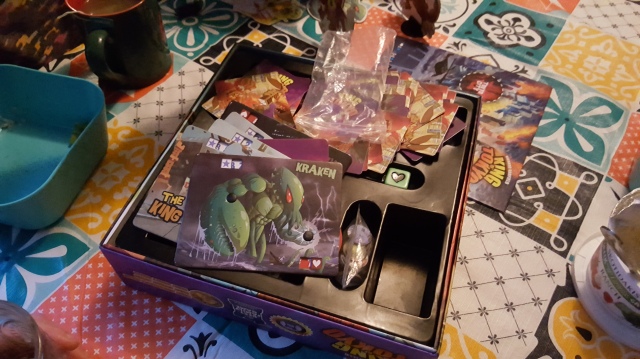 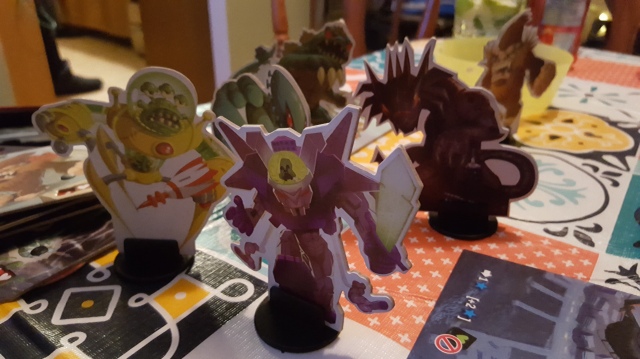 This weekend was a lovely hangout for one of my friend’s birthday and like every year, we have some great food and played a ton of games. We started with Exploding Kitties the moved on to King of Tokyo, followed by Taboo. After a really good vocabulary workout, we went ahead with a very video game-y board game called Munchkins and ended the night with Dutch Blitz. It was a ton of fun. Have you played any of these games?

I love lists and every weekend, I make a super long to do list of chores and tasks, errands, groceries, blog posts to catch up on, any games for Game Warp and what to do, etc. I found this one through WordNerds video and its been actually doing quite good. When I first started, the list wasn’t separated by dates and whatnot and it got a little overwhelming but with some time delegation and moving things into daily to-do lists, it actually has made more motivated and less easily sidetracked.

That’s it for the recap!
What’s up with you? What board games do you like? Any 2017 New Year Resolutions/Goals?

One more visual novel before jumping back to actual novels.

This next one is called LAQUE: Premonitions. Like I said in the first visual novel post, I’m starting to grow a fondness for them. For one, they aren’t long and two, they have art to look at. Its like a picture book for grown-ups. Plus, the last one was not exactly what I expected a visual novel to be. If you missed it, you can find it here. This one should be a bit more interactive. Let’s see, shall we? 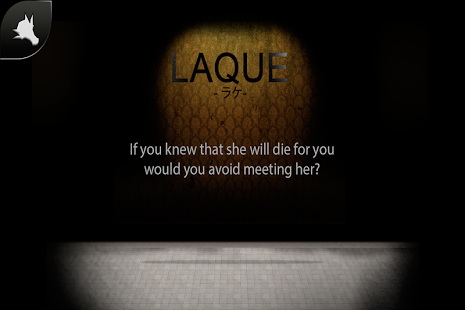 If you knew that the girl you know you will die for a FUTURE know would avoid? Laque is a boy with a special gift, he often has prophetic dreams, and one of them manages to see his future love gives her life to save his, now have to decide whether to approach it or avoid it so as not to sacrifice for him. – Google Play Store

Laque is structured much more like what I thought visual novels are. This one has actual choices to decide on the path. It floats between the premonition ( maybe dream) world that the main character Laque resides in. At the beginning, we learn that he has a gift of premonition. Ghosts or images will show up that clue him in on the future events. Then he meets a girl in one of these who don’t talk. There are some blood and deaths and whatnot and now he needs to hunt down who this girl is and who the killer is to try to stop it.

The story itself is pretty basic but the idea here is pretty. The experience still left something to desire. For one, there are some unnecessary random cheap jumpscares here and there. Sometimes they caught me off guard, most of the time it was a WTF moment because it didn’t seem to fit with the story. Note that horror and mystery/suspense are two different genres therefore jumpscares are not necessary. The second point and also the last was the story and dialogue was really like watching an anime or reading a manga or whatnot but the words looked like they were being typed slowly on. I don’t know if it was for anticipation or to make the unveiling of secret feel more effective but in random conversations, it felt much longer than it needed to be.

To be fair, Laque Premonitions is pretty good. The lesson he gives at the end is a good one, at least the ending I got. I have a suspicion that there may be multiple endings. While thete are plenty of saves on the progression, the impatient me just couldn’t handle another session of slow dialogue particularly when Laque’s inner monologue could be sped up to show all at once and not thr actual ones out loud to other characters. Still, a decent experience other than some minor technicalities.

Here we are trying out a new thing like I mentioned in My Weekly Adventures. I usually review books and novels and by accident, thinking it was something different, I landed on this visual novel. It turns out that visual novels are quite popular in the app world and I will check these out as I find them. The first to start is this one called Ambre. I guess a good start for those who don’t know is that visual novels are packed with illustrations and scrolling words and music. It can be more interactive as well.

Let us check this out! 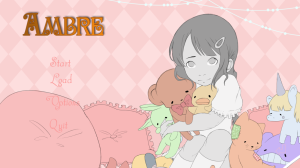 Tristan Malory is an ordinary salary-man, caught into the same routine of “commute, work, sleep” since the departure of his wife. That is until he meets Ambre, a sweet and naïve little girl who happens to be homeless. Touched, he decides to shelter her for the moment. Their cohabitation quickly becomes very strange, if not creepy, until the story breaks apart to reveal a terrible secret. – Gamejolt

Being the first visual novel that I have downloaded from Google Play, Ambre is a nice experience. Right off the bat, the animations are done really well. The characters are drawn nice and the backdrops have beautiful colors. The music is pretty nice complement as well. The only thing I didn’t think was as necessary was the scrolling words that covered up the entire screen by the end. It was pretty much like reading a novel and covered up the characters and backdrop they had put together. However, reading a visual novel definitely has that potential to build more of an atmosphere where its like reading a picture book as we see the characters and even music to give it a little more mood.

Ambre’s story actually is rather easy to head into spoiler territory if I start going deeper. I’ll try to steer away from it. Ambre’s story is easy to see where it goes awry and you can actually start suspecting that the situation is a little complicated and messed up. It also blurs in the part where it feels like maybe there was a timeline issue that went on but as the finale reveals itself, it is quite an effective surprise. My only issue with Ambre is that it is actually a simple and short story with a decent message behind it. However, once the secret is revealed, the story continues and drags out an extra section that felt unnecessary. Yes, it does change the pace near the end to give it a little more emotional value but it started to feel more dragged out than necessary.

However, Ambre is a quick read. I probably finished it over the course of an hour. It has a good story and I realized while writing this up that they have some other visual novels out, so I’ll probably go and give those a go.

Do you read visual novels? Have you read Ambre?