Emerging Screams Shorts Showcase is a collection of Canadian horror short films featuring either brillian first time directors or the most promising student filmmakers. It features 10 short films over a variety of horror subgenres. There’s a lot f unique visions here whether in script or atmosphere or tension respectively in each of these. 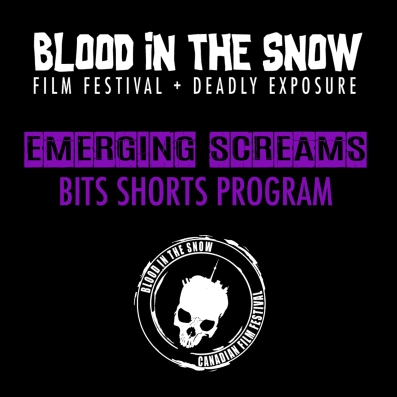 Emerging Screams Shorts Showcase is screening at Blood in the Snow Festival on November 24th at 2pm.

Things turn sinister at midnight when Anna realizes a presence in her house. – IMDB

Running at 4 minutes long, Spectre is a very quick short that sets up its atmosphere really well. There are some creepy background details that go on. What is very  nice is how they set up the whole scene of each one, leaving space for the expectation of something to happen to ramp up some dread. Its a bit predictable in how the whole short runs, it uses the off screen and sounds to add to its atmosphere and mood.

Solitude is a very short thriller, running at 5 minutes, about a man who disconnects from the city life while campy and canoeing on his own through the Ontario backcountry. What starts out as a calm and mundane trip takes a turn when he discovers something very unsettling. The moment of change from nothing to something takes it off guard. It uses its single tone lurking and building intensity of the soundtrack to fill in the void and quietness and then ends it on a wonderfully clever ending, leaving a lot to the imagination. At the same time, it uses its lighting and darkness to build up the atmosphere and emptiness of being in the wild. Its a wonderfully executed short. On the hunt for some new art for her apartment walls, Rosie acquires a bizarre painting from an equally bizarre art collector… – IMDB

The rule of life we can all learn from watching horror movies is to not buy anything too ancient because its probably not going to be too good or something that looks ominous, like a completely blacked out painting. Just like the painting, The Acrylic is rather ominous. There are some very inexplicable things that happen to it throughout the course where as the owner of it probably wouldn’t dismiss like the one in the short. There’s a little leap of imagination to get past that point. However, the great part of this is the creativity in how the story goes and the creativity behind creating the unknown here. There’s some foreshadowing in the dialogue and then it really takes a creepy dark turn and does ramp up the tension very well in how the cinematography works and how each scene is set up to garner its focal point.

Full of hand puppets and made by students from Kaw Tay Whee School which is located in Yellowknife, Snack Time! is all kinds of weird. Running at a mere 4 minutes, its a rather horror comedy sort of deal. There’s flesh-eating puppets with a plan to pretend to be kindergarten kids to find their next snack. Its honestly a bit wild and there are really no words to say about its execution but as a student project, its oddly entertaining. That’s probably the best way to describe it. 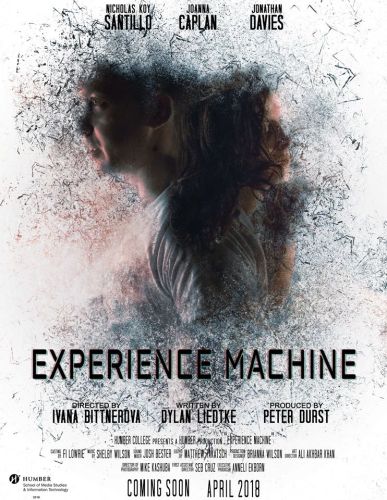 A young mechanic and his family lead comfortable lives in a sleek underground bunker. His life of futuristic luxury begins to deteriorate when the medical device strapped to his wrist is corrupted, revealing the reality of their true dystopian world. – IMDB

Experience Machine is a much more refined short. It has a decent cast with pretty good acting. The story itself builds up the futuristic world that it is set in, giving the setting a background and foundation. The science fiction elements of this future also works with the broken down elements of technology and the luxuries it can bring as well as the escape from reality in the dystopian world. There’s quite a lot to like about the depth in the world created here which leaves a lot of space for its premise to be expanded if ever desired.

When the bells toll, the heads roll. A bell tower becomes the harbinger of death at the hands of an ancient creature, Mortuus.

Running at less than 4 minutes, Death’s Toll is a rather peculiar one that doesn’t have much dialogue but lets its own lore to told through the course of events. While I am personally unfamiliar with ancient creature or if Mortuus is a real thing or a figment of the writer’s imagination, the short does achieve a nice cinematography in executing the film to build up on the suspense and the fear. The creature itself is also done rather well. Its a simple and straightforward horror story and there’s a lot of appreciation in creating something without a lot of dialogue. 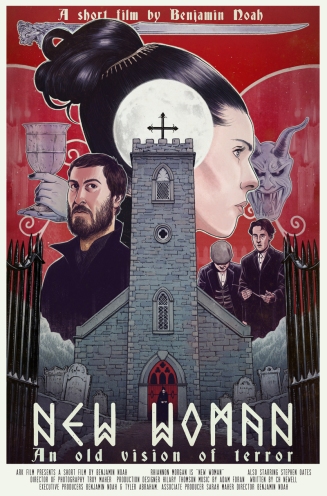 New Woman is a gothic tale about a mysterious wealthy woman living in a castle that has recently moved into the area and her invitation to a male pickpocket to her home which ends up into a descent into a labyrinth of terror in 1888.

Definitely one of the more polished short films presented here, this short starts off with a quick note on the whereabouts of the scenario and then follows the woman, their encounter, the invitation, the dinner and then what happens afterwards. The film score is so enchanting and beautiful and a little haunting as well, creating a fantastic atmosphere. At the same time, as the story progresses, there is an edginess and ominous feeling to the beautiful woman and then hints of what she might be. The cinematography of both capturing the beautiful snowy setting all the way to each interaction and focus and when to pull away for the each shot is set up so intricately. This is well-shot, well-executed and well-paced and very mysterious and captivating as a whole. 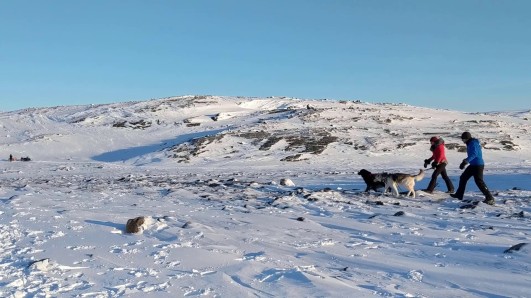 They thought the dump fires were behind them, but something has emerged from the flames. Actions have consequences in this dark fairy tale, reminding you to take care of your trash, before it takes care of you. – IMDB

Starting up a broadcast about the current news and trash and dump fire issues and the focus on missing dog flyers in the area followed by Moonlight Sonata playing, Trash is set in Iqaluit where trash isn’t being taken care by its community well and comes to life to start take action on its kids causing a lot of missing kids. Dark fairy tales are always a welcome sight (in my world). It always anchors itself on a greater issue of the society that calls out for a dark force (that might not be completely right in its execution) and uses its way to share a message. In this case, its about trash and the importance of its being treated and taken care of properly. The Creature here is actually done pretty nice and suitably in shredded garbage bags and such. The quick rundown of the situation is set by its voiceover and the conversations between its members of the community so see the situation. Its a bit disjointed in its execution but the message sent is well worth a watch. 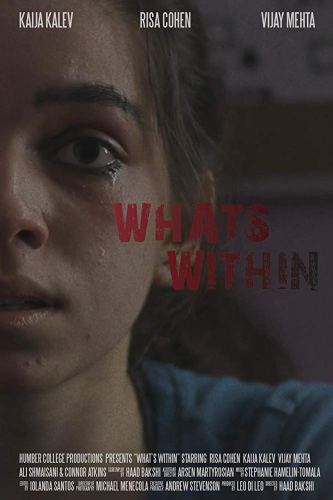 When everyday problems in a home are seen as routine, Jane, a 16 year old is locked in her room in need of help. Her parents Amelia, and Zach approach her problems as normal teenage behavior. – IMDB

What’s Within takes a clever twist in the dynamic of what is seen as a troublesome teenager daughter behavior and her parents when the expectations or routine of doing wrong causes her to be neglected when she is actually in danger. Call this something of a The Boy Cries Wolf sort of deal but at the same time giving it a lot of suspense to give children the benefit of the doubt. Its a fairly extreme situation presented here and yet its executed with a lot of tension as it lands as a edge of the seat thriller to see how Jane will get out of the situation. A lot of credit goes to how well Risa Cohen does playing Jane as her fear truly comes through. This 7 minute short packs in quite a unexpected experience full of suspense and thrills. 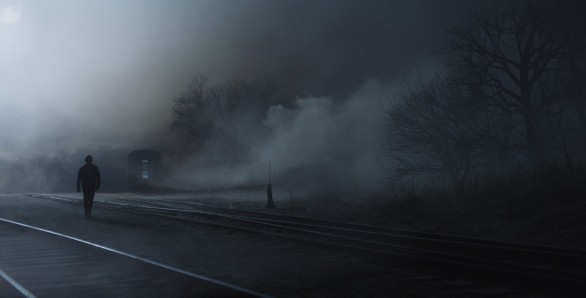 A classic, haunting ghost story based off of Stephen King’s original tale. – IMDB

Willa is a 15 minute short about a man David who insists on leaving the stalled train in the middle of nowhere to find his fiancee Willa. Stephen King stories are always such great source material to work with. While I’ve never read this short story, Willa is really  nice ghost story. Its about a couple and then about their discovery of the situation on hand. The flow of this short works very well as well as the play of the light and darkness in contrast with the setup of the situation. The little details and the twist in the story all come together. The cinematography of the smoke and how the camera pans over the different scenes adds a lot of depth. Its one well worth watching.