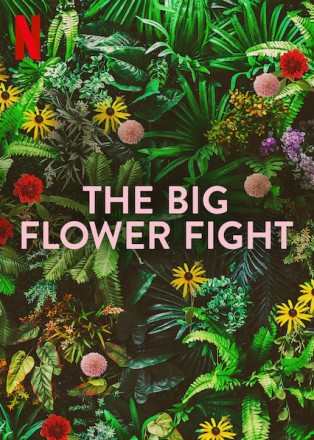 Ten pairs of florists, sculptors and garden designers face off in a friendly floral fight to see who can build the biggest, boldest garden sculptures. – IMDB

Netflix comes up with a lot of reality competition shows and a lot of times, they do work for the most part and then sometimes, we have shows that make us wonder whether there is an actual market and who else is watching it? The Big Flower Fight is one of those shows where I did enjoy watching it because I’m a big fan of flowers, plants and gardening in general but then I’m wondering how many of us have that ambition to go and make some relatable garden sculptures like these 20 people are doing over 15 hours. However, what makes its fun is that competition element and the whole different themed weeks which bring in different types of flowers and plants that give it that educational element. 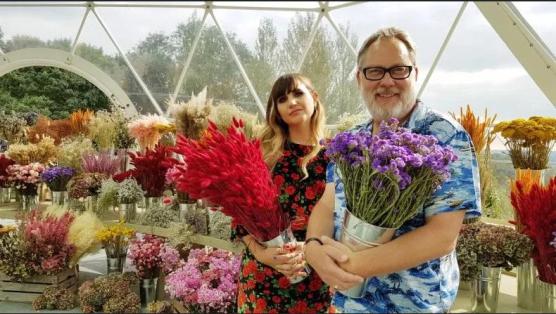 If we take a look at the hosts Natasia Demetriou and Vic Reeves, they do have a nice humorous charm in their hosting style. There’s a lot to love about how they approach each stage. Sometimes, its a big over the top but it does feel like its in the context of giving this tense competition process some kind of relief. I think other than the hosts themselves, the judges themselves deserve some discussion. I’m not an expert at these renowned event florists and landscapers and horticulturist so none of these people mean anything to me and they could be saying anything in terms of their vision and what is being done to judge it, but if anything, it goes back to expanding our knowledge in this field. At the same time, they also share a lot of knowledge on the different plants available in the nursery that fit the theme on hand. The resident judge, Kristen Griffith-Vanderyacht is also quite a fun addition because he has some charisma and character that it brightens the show and his views are rather interesting as he looks at each of these sculptures. 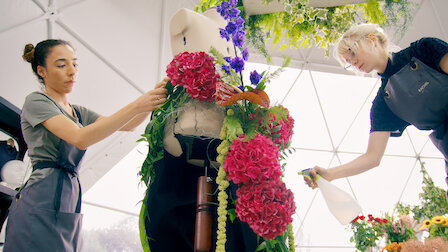 Just like baking shows and whatnot, while this feels definitely more of a niche market, it gives a platform to a different group of people around the world who has a passion for different types of planting from urban indoor gardens to event florists to artists as their outlet and a chance to show the world their skills. For that, The Big Flower Fight does a really good job. Life’s about learning new things. Just like a fraction of anyone is going to join into Hyperdrive or Ultimate Beastmaster, the same goes for The Big Flower Fight where its mostly a learning process. In the end, garden sculptures is something of an art/exhibition piece. Everyone’s interpretation and execution as the show goes along sheds some light on how they use their plants and the whole process of giving them alive. I’m not going to go and plant a garden sculpture anytime soon (or ever) and while I question how popular this show actually is and how many people are turning this on, its a unique angle to focus on and one that I’ve had a rather fun time watching as its not only about plants but also about the engineering behind each of these structures and sculptures and the balance that it achieves. There’s quite a bit of finesse, knowledge and skills needed to do all this.

Have you seen The Big Flower Fight or at have an intention to watch it?