I realize I talk about weather a lot but its the Montrealer in me. The proof is right HERE in #14 ;).  Well, at least you all gain knowledge about how Montreal’s weather is doing, right?

This week has been calm for the most part (although a lot of you still seem to find my life crazy busy…which it isn’t).  The goal of this post is to see the positives in the little thing.  Even when its just the simplest things going on.  Sure, my weekend is busy especially on hot days because I’m accepting that its the part of owning a house. Plus, its slowing down at work so I find myself trying to fit in what I didn’t have time to do before August.

Anyways, this week has been rather special for various reasons and I’m about to get into my next little steps that I’d like to share. 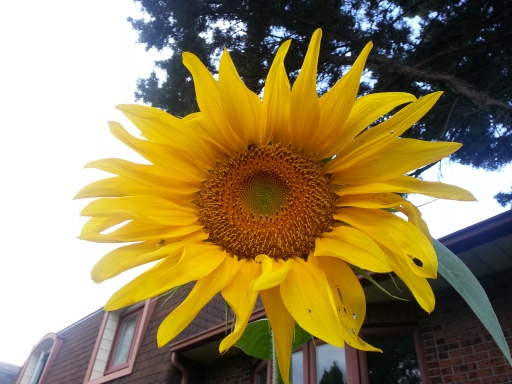 Some of you would agree that July is kind of the dead season for flowers and gardening.  The garden is just green.  A few weeks ago, I talked about the hard work of squirrels burying sunflower seeds in our front yard and after a few small ones bloomed, a gigantic one bloomed last week and its just a lovely yellow delight. 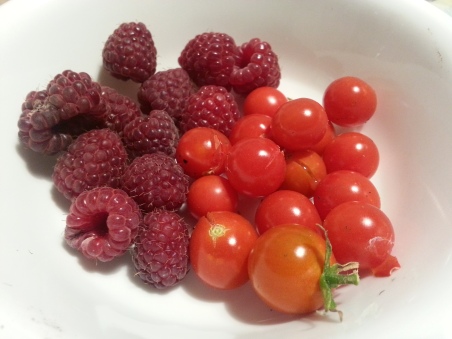 I haven’t gotten a picture of my raspberry harvests to show yet.  This week’s was by far the best harvest so far and I see lots coming out.  I just need to find a way to prop up the leaves so it has room to grow freely.  I actually need to do the same for my yellow zucchini plant as well. 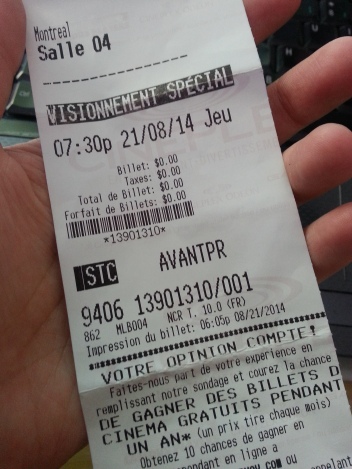 I never win anything. EVER. My luck is shot.  I think it has to do with having used up a lot of luck finding the amazing people that entered my life so I have none for anything else. So, when I got the email that I won these advanced screening tickets for Sin City: A Dame to Kill For. I was skeptical until I actually got the pass in the mail.  Which I did on Monday and invited my best friend to go with me.  Although, I’ve been completely ridiculously slow at putting up my post for Guardians of the Galaxy, I pushed myself to at least put this one up because its a significant event in my life, one that makes me feel so very lucky 🙂 If you missed my double review of Sin City 1&2, head on over HERE.

Have you seen Sin City: A Dame to Kill For? What did you think? 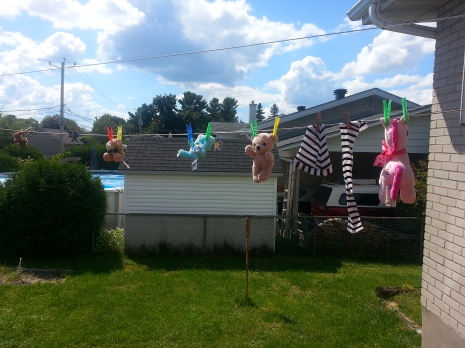 As said in the beginning, this weekend was gorgeous. It was just so hot with a nice little cool breeze here and there. I’m at the stage of moving where its the dusty little plushies that need to move so I brought the first batch over and gave them all a nice wash.  The first batch are the smaller ones and my non-Disney collection ones.  Oh right, I collect Disney plushies but its really for the goal of hitting ALL the Disney stores eventually 😉 So, feeling a little bit more accomplished, I hung these up and they pretty much spent a good part of the weekend drying off.  The small took only the Saturday whereas, there was two larger ones (not here) that are still drying today 🙂

Next batch is next weekend for the Disney, my guess is Zazu, Classic Mickey and Stitch might get the second round 😉 Maybe a few more…I don’t know yet.  Maybe I’ll let the relatively new Bambi join in.  Dumbo, Lady and Tramp are the oldest bunch so they might be the hardest to clean.

Do you own collections? What do you like to collect? 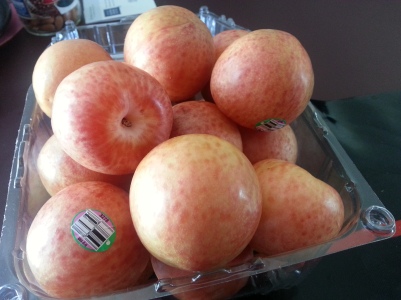 I love Costco for many reasons.  Oh yeah, so many reasons, one of them is the gluten-free choices I talk about all the time.  Now, the other one includes having all these awesome fruit selections.  I find Costco fruit a bit pricey but when I saw these little beauties and had no idea what they were.  I figured they must be those hybrid fruits and they were.  These are called Pluots or online says, Plumcots.  Its a mix of plums and apricots except its closer to the plum taste (whereas if you had aprium then it’d be more apricot taste).  These taste very delightful and I can see them going very well in pies, tarts, even crumb bars. If we don’t finish them before they get completely ripe, I’ll probably have to use them to bake 😉 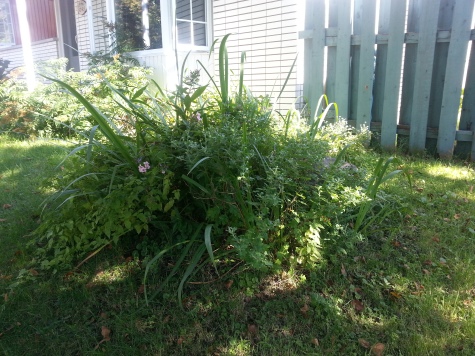 The downside of buying the house in winter is not seeing what the garden looks like or how the previous owners cared for it.  Thats something I’ve learned.  My previous owners were certainly not in the green thumb category because now that everything has pretty  much grown, I can just see how disastrous and neglected it was. So after I went crazy cutting and freeing one of the plants in the back so that they have some sort of space and order, I started pulling out weeds (still!).  Now I have patches of empty soil sitting around waiting for some grass seeds to fill up the space.

My mission on Sunday ended with this patch which could look so nice but with the ungroomed overgrown hedges here, it just looks like a mess.  Do you see the chrysanthemum? No, right? Well, its there. And this picture was after I already pulled out a ton of plants and vine-y weeds. How to fix this mess?

I have so many plants to pull out because its just way overgrown and too much. This is the final month before things switch around.

And please, someone tell me what leaves bear tiny apple-like fruits and sheds bark, leaves and twigs in the middle of August? I’m stumped! I’ve been searching for the two gigantic trees and the type and I just can’t find it.  Maybe I should have taken a picture but I’m still a bit angry that I’m the only crazy person raking leaves in August..haha! 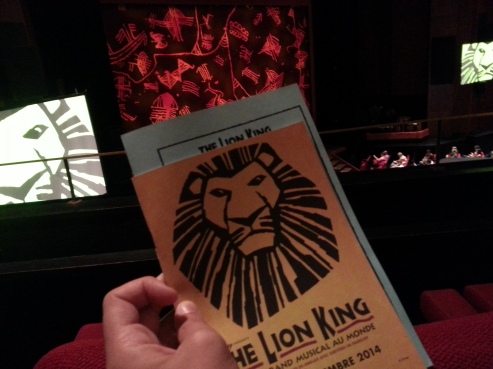 I love musicals. This year, I already gave up a bunch of concerts because I’m trying to budget my money better. I was about to give up The Lion King musical until there was a 25% off coupon online for some pretty awesome seats.  Yesterday, me and my girl friends went out to see it at Place des Arts. We had balcony seats, which is a completely different experience.  Plus, whats nice is that being in the balcony, you get to see the animals walking down the aisles and then the people in the upper balconies and around.  The show is just so fun.  The singing, the costumes and the props: all so beautiful. Its really one of the best musicals I’ve seen.  My favorite was the starting of the second part and there was the bird props soaring all over the room.  It was so magical 🙂

Have you seen The Lion King Musical before?

Just two really  nice songs with different styles depending on what you like that has really caught my attention.  I love Brad Paisley’s new single Shattered Glass because the video is amazing and the message is inspiring. As for electronic music, I love to listen to it to sort of detach a little and relax.

What songs/music have you been listening to?

Its been an epic week! I spent time with a lot of my girl friends, my garden is progressing, the move is going well and we even started painting the dining room which is making my head spin because its a leap of faith whether the walls and color will match.

I’m not sure if its the heat or the sudden change in weather or just a lack of sleep causing it, but I’m feeling a little under the weather with a sore throat creeping up.  Hopefully, with more sleep and more water, I’ll get rid of it.  Today’s energy level is a bit low so I’ll end it here. I’ll get something fun tomorrow.

Also, this week, look forward to FINALLY  the Guardians of the Galaxy post and a few posts from my Saguenay weekend getaway 🙂