This year’s Round 2 of Opinion Battles is all about our Favorite Oscar-winning Performance from an Actor in a Leading or Supporting Role. Just in time for the awards season, right? With the announcement of the 2017 nominees for the Academy Awards, we’re talking about the right stuff. I’m not exactly a huge follower of Academy Awards, Maybe when I was younger, then took a big break and only got back into it because of the blog, so as I looked at the names, one role stood out to me and that’s Anthony Hopkins in Silence of the Lambs! There are some great choices here!

Head on over and check it out! See which you like and drop a vote!

The Oscars are around the corner and we all know that people either love or hate the Oscars committee decisions. We have had the best or the best winning Oscars but today we are looking at what we think is the favourite Oscar Winning performance.

If you want to take part in the next round of Opinion Battles we are going to be answer the question of What is your Favourite Film from 2015? To enter send your choices to moviereviews101@yahoo.co.ukby 5th February 2017. 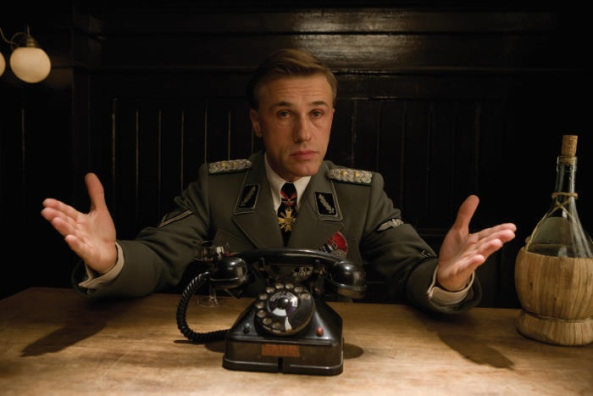 Col Hans Landa is one of the best characters ever created by Quentin Tarantino, he is pure evil known as the ‘Jew Killer’ for his ruthless ability to track down any Jews…

We are kicking off Halloween “month” in style now.  I promise you 80% of the material going up will try to be Halloween related.  I’m working hard on getting that to happen if its not exactly mainstream Halloween frights and that sort of thing. Its also one of the reasons I wanted to subscribe to the Horror Block starting in September instead of an October start.  I’m testing it out for 3 months first and maybe we’ll extend it.  I’ll figure it out based on how I find the gear we get.

Let’s take a look, shall we? I’m pretty excited!

Remember I got that set for Monty Python before? Well, I gave those away to one of my girl friends. I hope she’s making good use of them.  Now this one is so cool! I’ve been meaning to watching Night of the Living Dead since I’ve been hearing more about it but I haven’t yet.  I have a ton of older horrors that I haven’t seen.  The worse part is that its now just sitting on our shelves and I just never pick it up and give it a go. Not sure if we having Night of the Living Dead though.  I think we do. Anyways, this is awesome! They are going on the fridge to make some funky sentences 😉

Our house isn’t quite ready yet.  Still lots of furnishing and decor to work on so we haven’t quite hosted any parties or even gotten that housewarming party set.  Well, we kind of did with family this summer but this is fun stuff.  We’re collecting up some coasters from these boxes. It will be perfect for Halloween parties…or taking scary selfies as they suggest 😉

Whenever we get these magazines in the boxes, for Arcade Block its the Retro Magazine.  Its super good quality stuff.  I’m still reading through that one.  Now this one is like double the size of that magazine and just look at the content.  Let me direct your eyes to the bottom left next to the bar code.  You see that? My next most anticipated movie and if it means walking to a farther theatre to see it, you bet that I will. Rue Morgue is fantastic  and I think we get it every month.  Not sure though…we’ll see next month 😉

The Alien franchise is iconic so this is fabulous.  Except yesterday, I went to organize my little IKEA glass cabinet and I might have exhausted all the space.  Maybe its time for some new furniture…but where to put that? Haha!

First we get vinyl twin pack, then there’s an amazing magazine AND to top it off we get a DVD of Night of the Living Dead.  I think Horror Block just 1up-ed itself and this is just my first block. Oh, lets not forget that this DVD also includes an exclusive documentary called Chronicles of the Living Dead.  Sounds pretty fantastic 🙂

6) Silence of the Lambs T-Shirt (Exclusive)

Silence of the Lambs is one of my favorite thrillers. So we recognized this right away.  So symbolic, so great.  Which reminds me, its been a while I haven’t gone back to watch the movie.  Hmm, definitely need to schedule that in some time soon.

The first Horror Block is honestly pretty incredible.  We got some stuff that I knew like Silence of the Lambs and Alien and some that I want to know more about like Night of the Living Dead.  There was some perhaps useless but fun gear that I could do something with like the coasters and the magnets. And I always love magazines since they usually are great reading material.  Its a great box.  I’m impressed.

Thoughts on the Horror Block? Any gear you fancy?