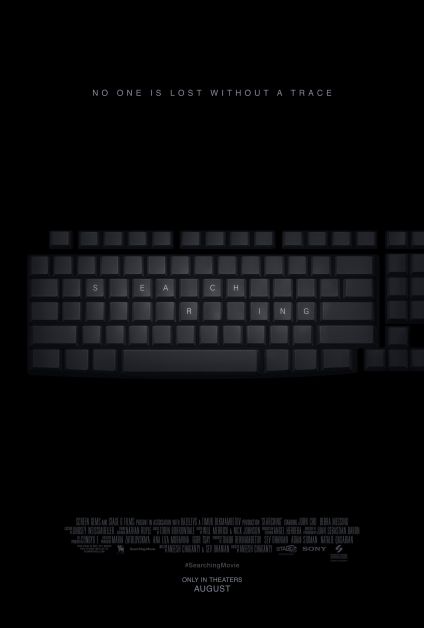 After his 16-year-old daughter goes missing, a desperate father breaks into her laptop to look for clues to find her. – IMDB

Whatever your digital footprint is, almost all of us has one. That is central focus on this new subgenre of online found footage films produced (and at times directed) by Timur Bebmambetov now called “screen life”. No one knew this was the grand vision when Unfriended (Review) hit theatres with mixed reviews but there is no doubt this is a project of Bebmambetov as this year’s Fantasia Festival saw the next three films telling different stories using screen life as its basis: Unfriended: Dark Web, Profile and Searching. 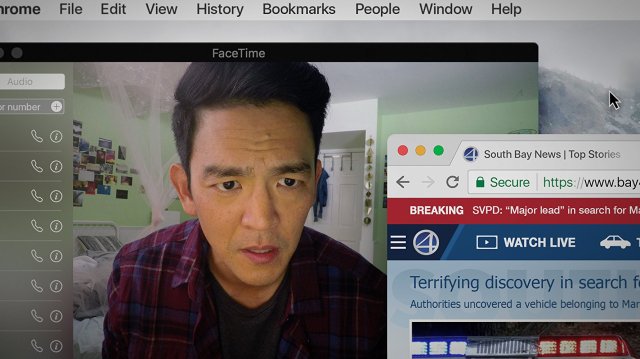 Searching is a family drama mixed into a thriller. The film starts with the endearing (and of course dated) screen of Windows XP as a new user profile is added for his wife. Through this we see the Kim family grow through the years with key moments of the couple and their hardships and milestones. The main two being the daughter Margot’s (Michelle La) first days of school and mom Pam’s (Sara Sohn) diagnosis and fight with cancer. Eventually, its gets the present with messaging and facetime as dad David (John Cho) messages Margot about her not doing chores. Things take a plunge for the worse when Margot never comes home from her study group but called him three times in the dead of night. Realizing something has gone wrong, he files a missing persons report and Detective Rosemary Vick (Debra Messing) is assigned to his case but his assignment is to try to figure out his daughter’s friends and other contacts to pinpoint where she was last seen. With that, he takes the dive into her laptop and learns that her daughter’s has been hiding a few things from him.

Screen life here is used incredibly well here. The idea of our digital footprint being the source to tracking down anyone and getting hints of their life is an idea that feels real. Searching uses it incredibly well. Right from the blocks of protected emails and trying to set up recovery passwords to the first time discovery of what extends for the clueless parent  navigating outside of Facebook and Instagram, like Tumblr and more. Using these real life applications is the key to making it even more realistic, instead of the fictional ones that we usually see in movies. David is a parent who is stuck in his worst nightmare. After the loss of his wife, he realizes that he has no idea what Margot has been up to. The truths he ends up learning leads him to some clues and some dead ends. It is the way that Searching sets it up that makes it both logical and engaging. It takes no time to be invested in recovering this missing teenage girl and wondering whether she had ran away or something worse had happened. 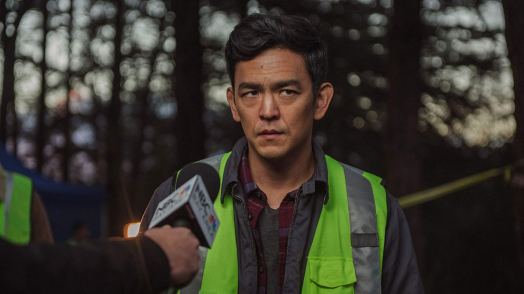 John Cho takes on this dad role impressively. Searching gives him moments of comedy as his cluelessness for the modern social media makes him do silly things relatable for most of the younger generation to probably what parents would respond. At the same time, while Margot’s story highlights the lack of communication in their relationship and makes us think how much fault each of them have in this matter. Michelle La also takes on the role of Margot in a convincing way especially as she is a good kid going through a hard time.  Debra Messing plays the decorated detective, Rosemary Vick who is assigned to this case and seems set on the fact that Margot has run away but also very human from the standpoint of a mother.

Searching might seem like a straightforward idea but the application of screen life is one of the most outstanding used to date. Different from Unfriended, it takes us for a personal journey through the life of the Kim family and a father and daughter relationship while putting us into the worst nightmare of any parent. What is worse in the end: his lack of knowledge of his daughter or whether she will come home. Both equally important and yet helpless thoughts making the development of David a journey in itself as he tackles the assumptions from the world as the case grows public with each discovery. Being a thriller, it takes an incredible approach to put you at the edge of your seat (and I literally was) and adds in the perfect moments to give some clues one step at a time. Searching is full of twists and turns and drops them in a well-paced manner. Its one that comes highly recommended and the wait for this film isn’t long for wide release. It lands in theatres on August 3rd.