These unboxing posts are turning out to be quite a hit here.  That makes me happy because I also enjoying putting those together a lot!

Arcade Block has failed me rarely and this one, before we even got the box, the newsletter said that we’d get an item from Metal Gear Solid.  I’m not much of a gamer because I’m really bad at games and patience kind of runs out after a while but I’ve watched the play through of MGS two or three times already.  Its a long game so it kind of makes sense. We’re still working on finishing MGS 3 on PS2.  At least I am and should.  Anyways, that doesn’t matter but I love MGS.  That’s what I’m trying to say!

I’m excited! Are you?

Plus, I had to wait a whole weekend away in Toronto before coming home to unbox this!! 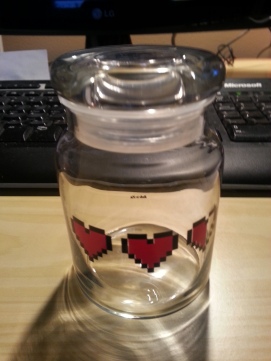 These Zelda items are quite plentiful but excuse me, this jar is cute.  Its like a little mason jar.  I don’t know what to put it in but it is adorable! 🙂

Maybe you might judge me for not really caring about South Park all that much but in my defense, this used to air really late at night and I had strict parents so I watched like 10 minutes of one episode, I think.  I know who the characters are and that’s about my extent of knowledge.  South Park items aren’t really what I’m looking at, especially when I wonder if they are considered arcade items.  But then, I like collectibles so yay?

Mics and Playstation buttons symbols and Kick Punch…Hmmm.  Not sure what this is for but its on my fridge. 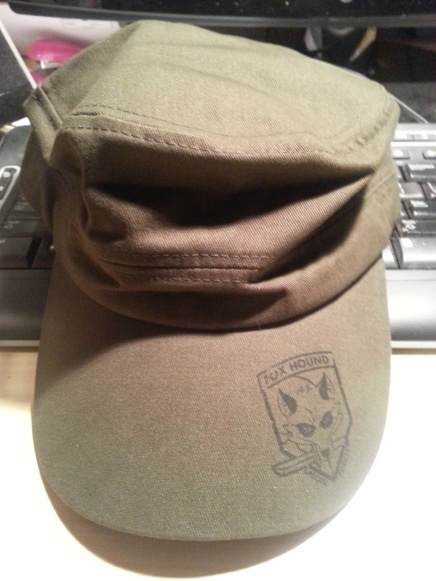 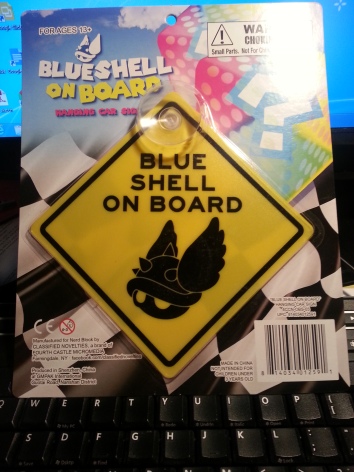 Huge Mario fan here.  I might have mentioned that a few times before.  I actually looked at my boyfriend and asked if he wanted to put that in the back of his car.  And he asked me back, “Are you for real?” or something along those lines.  Then I kind of laughed.  Maybe I’ll put it on a window in the house…Hahaha!!! 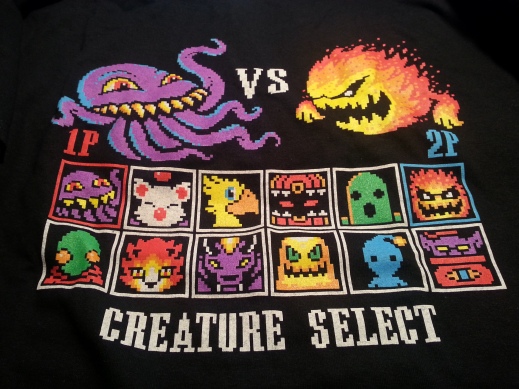 My best guess on this one is that this is a Final Fantasy creature shirt.  Not sure which one.  The boyfriend is way more into these RPG/strategy games and has played almost all of them, tell me its from different games.  I like Final Fantasy and I like pixelated things because thats kind of my time when I played games (not that I don’t like the awesome looking games now), so this shirt is awesome! My boyfriend is already wearing it on the first week of getting it so that shows that he likes it a bunch too! 🙂

Another winner box right here! Cap, Shirts, MGS, FF, Mario and that cute as a button Zelda Jar? I’m in love with it all! 🙂

What are your thoughts on it? Are you fan of Final Fantasy and/or Metal Gear Solid?