July was a big month in terms of events and event coverage. In case you don’t follow any of the other stuff, you will know that when I do event coverage, I tend to lower my drinking in general. My tolerance isn’t incredibly high so I need to limit more to just keep a clear head for all the writing that needs to be done. However, we did get some lighter stuff to enjoy on the off days to relax during the heat wave month that we had. Montreal broke some temperature records so it was quite the experience.

We had quite a debate over this one. On one hand, I thought it tasted really nice. The berry blend worked so well and the alcohol was just enough and not too strong. It was fruity and crisp which works so well as a cider. However, my husband didn’t like it and thought it tasted it funky. I think it all comes down to the fact that whenever anything alcoholized has berries in the mix, its always a toss-up on how it will taste. It did taste a little like a light version of cherry-flavored cough medicine but then, I thought it was more pleasant than that which is great. I think for its lightness and fruitiness, this one works really well as long as you like berry flavored drinks.

I swore that I thought I had taken a picture of this one but its gone MIA so there’s the stock photo from LCBO. Regardless, Radio Boka Rose is one that wasn’t really our cup of tea. While it is fruity, its one of those one that also linger in the weird aftertaste moment. A lot of the ones we’ve drank before actually had depth in the sense that it started out a little dry or acidic and then would have this pleasant moment when it went down our throat. This one was the exact opposite.

Big House comes in both cans and bottles. While I never talked about the canned ones, we actually did get one that my husband had drank and I took a sip or two of. The can version is definitely very dry and actually not too good. It was what made this bottled one sit on our shelves for a little while longer than we intended. However, it was a pleasant surprise because the bottled one seemed to round out the flavors more. Maybe its the bottle or how it gets to air out a little or maybe its the fact that its being drank from a glass and not a can. I’ve been reading up on wine appreciation a little and it seems like all these things make a difference to the experience. Big House isn’t exactly as light and crisp as it describes it. It lingers in the semi-dry zone for ourselves and has this rather acidic taste. However, its expected with a pinot grigio. The bottle version definitely worked out much better than the can so if you do want to give this a go, shell out the money for the bigger glass format than the cans. 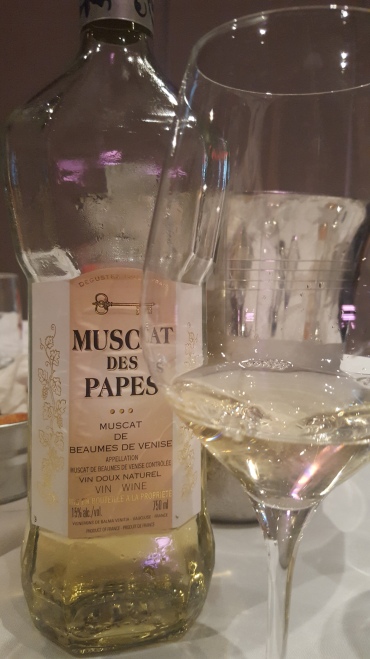 Phoebe aka Starry Traveler is the one who introduced us to Muscat des Papes which is in stock for her at the restaurant Fuschia in Montreal because its the one wine that she loves the absolute most. She is a little more selective of alcohol so this one tickles her fancy quite a bit. It says a lot about the quality of this one. To be fair, this one is very smooth. It has this lovely texture and is very light and sweet. It is also a little bit between a fruity and floral sort of aroma. It has that sweetness that we love from Moscatos. 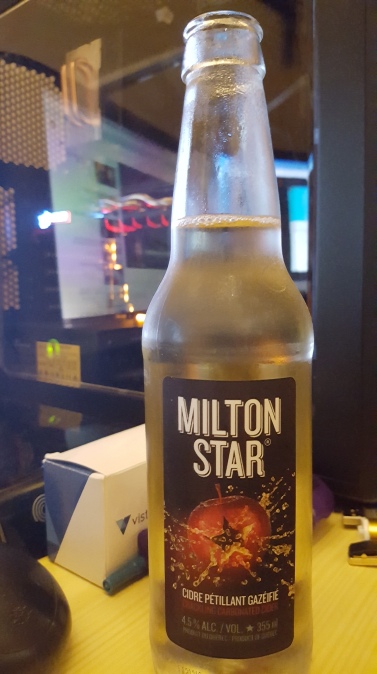 Its very significant of how my month of “wines” went when it starts and ends with ciders. Milton Star is a sparkling cider that I’ve only ever seen around a lot but never tried. And boy, do I feel like I missed out! This is a really lovely one. Its actually very light and suitable for a casual setting of drinking to relax but never feeling like its going to feel heavy in the alcohol department. Very cider description to be honest but this one is also very nice level of crispness for the apple element to pop. They have a few other varieties that I’m going to try next time I drop by to pick up some more wine.

That’s it for this July recap!
Some ciders and some wines. A pretty decent mix and way more international than previous months.
Have you tried any interesting wines/ciders/cocktails lately?