Another month is past and its been a fairly light month, mostly filled with ciders and less wine. Perhaps its the busy time or just the fact that I like cans of cool fruity drinks when the summer kicks in.

Fruity is absolutely when describing Okanagan Apple Cider. The reason being it tastes exactly like apple juice. The normal apple juice like Rougemont brand or something along those lines. It tastes really fun and honestly, the 5% is completely not apparent. It surprised me just how much it was like drinking a juice but then, drinking this too much might be dangerous. 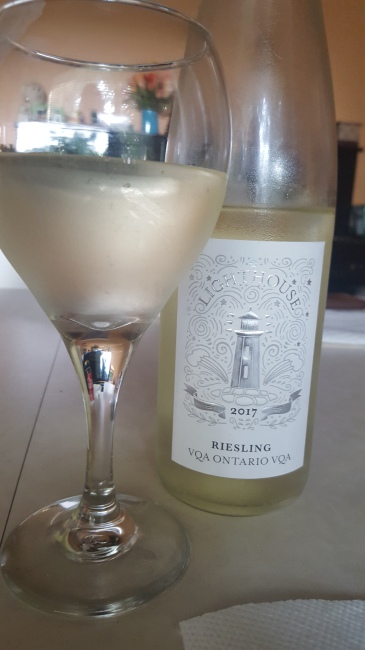 Lighthouse was pretty good. Its kind of average on the scale of like and dislike. I remember it having a fairly balanced taste with lighter notes. It was more dry than sour for one but its the type of gentleness that I usually first like about Riesling. However, it lacked some depth to the notes.

Shiny Apple Cider was a pretty good choice also. Its a little bit more on the tart side but it has a smooth balance to it. I worked for myself quite well. Actually, it might be one of the apple ciders that I prefer the most that feels like drinking an alcoholic drink but also getting the fruity kick to it but not too sweet either which I like in an apple cider.

I have a feeling that I’m starting to grasp the aromatic taste tags quite well now. We’ve tried a few and these always have some depth to it. The first taste of Sandbanks was a little tart but when you swallow it, it actually tastes pretty smooth. With that said, the second sip of it was better than the first.

For those of you who have frequented here the last few years will know that I love rhubarb so when the intriguing idea of red rhubarb cider popped up in front of me, I was really excited to try it out. Rightfully so, because out of all kinds of cider that I’ve had, Red Rhubarb is amazing. Literally, I think about going back to Ontario and finding an LCBO to pick up some more. Its so delicious. It had the perfect kick of alcohol but never kills the fantastic mild taste to create this lovely balance. Honestly, we drank this on a lovely sunny day by the pool and it was just the perfect choice. Consider this my new favorite.

That it for the past month of Wine Recap!
There were some new faves added in which is quite rare.

Have you tried any new wines or any to recommend?