20 weeks into 2019 already! Spring is finally showing its face and as I go out to do more things, some of these bits might get slowed down a little bit. Its still a little too early to know but I’ve been transitioning between different elements of life and somewhat swapping my routine a little. As some TV series also winds down, I’m thinning it out a little to try to get some extensive backlog out of the way. It won’t reflect here but gradually, as Montreal events start coming into play as well. 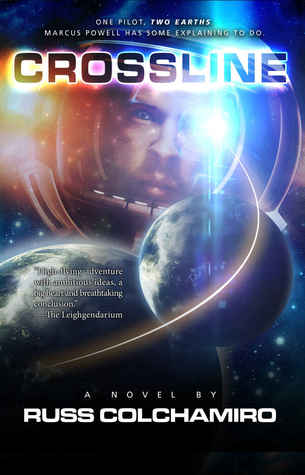 I’ve been getting hit with some spring fatigue so I’m still reading Crossline at a very turtle pace, which needs to be remedied because I have another book lined up that needs to get started by the end of next week. Crossline is pretty good but I’ve been also watching movies with similar themes that I’m not sure if I’m getting an overdose of sci-fi. Keeping an open mind and I’m only slightly past the quarter mark in the book so its just the set-up phase done and things are started to unravel.

For a moment, I honestly thought this week would be no gaming at all except maybe some mobile game titles to fill up some space here. Those are going well but I like to keep it a little mysterious for the mobile games roundup segment. However, the husband started up The Witness last night and we played a few puzzles together, which was pretty cool. I’m probably going to start it up on my own also and play some of the puzzles also.

I’m not going to lie that this list kind of probably should add in rewatching Jaws 2, 3 and The Revenge to refresh my memory for the Triple feature HERE. However, I won’t because I honestly just played it in the background to remind of the story and dialogue and wasn’t actually looking at the screen. So we are left with two films. One is a rewatch for an upcoming podcast which is Europa Report, a little found footage-esque sci-fi film. Trying to get things done in advance is always a good thing. And as I’m still a tad behind on the double features, I’m also trying to save up some more movies gradually and moved onto the M selection. I’m using a general of movies in my list that are rated badly but still I would like to watch so I ended up checking out The Mortal Instruments: City of Bones. I love Shadowhunters, the TV series thats in its last season (if it hasn’t already ended) so seeing how the movie interpretation would be. I’ll share my thoughts on it in the double feature but lets just say, when the background world or lore is too heavy, its hard to just rally it all up in 2 hours and hope that its not convoluted.

Two TV series done this week. I’m feeling quite accomplished. One of them is a Chinese social variety show called Dream Space which is something like a matchmaking show which takes a look at romance and opening up a space for single women and men to focus solely on their romantic sides for a few days. I’ll write about this variety show even if I don’t for others because its worth it. I have a few thoughts on this one and they are having a season 2 already getting new candidates so I’m pretty excited to see how it changes. As for dramas, Put Your Head On My Shoulder wrapped up as well and its a nice little dose of cuteness along the line of the A Love So Beautiful universe and they make a point at the final episodes to address that to clear up some of the suspicion that people have been having. More on that in the TV binge at some point….

Most of the things currently binging is still very much the same. The only new addition is Nailed It which released its Season 3 on Friday. Because there were too many other stuff to take care of, its probably one of the first seasons that I didn’t finish it in the first weekend but we’re about 6 episodes in so its not a whole lot left to watch but its still very fun. The only other one I want to talk about is Great Escape which is heading into some more intense escape room experiences and its getting very intriguing to say the least.

Welcome to the next Music Obsessions!

Its been a long and tough month with a lot of music by my side. There were quite a few new discoveries and I really had a lot of fun just listening to a lot of new stuff. However, I’m keeping it fairly constricted here to keep things on track plus, some of the music I’ll leave for next month if its still on my list. 😉

The Singer 2019 revealed me to Naiwen Yang who is a Taiwanese singer more in the indie vein. Her music is pretty good and while she isn’t the more popular choice in the competition, this song that she performed is really good. The lyrics and the vibe of it all is the style that I personally like.

My recent obsession in terms of TV series has to be The Brightest Star in the Sky. Its about to end but the last few weeks watching it is just great. Plus, it tells the story of a singer trying to be recognized for his talent and not just his appearances. I feel like there’s a lot of similarities to the main male lead in reality however, it shows off a lot of his own music outside of his EXO days. One of my fave songs in the TV series is this one.

两人份美好 – 李俊毅 (Ending theme of “Put Your Head On My Shoulder”)

The other series I’m really into these days is Put Your Head On My Shoulder, a series spinoff from A Love So Beautiful (review) which adapts another story from the original source’s author. I love the ending theme a lot. Its cute and fun and they did a music video with snippets of the series which I think is worth sharing.

I’ve been going back to check out how some young groups and celebrities started off from last year’s Idol Producer show and while the winners of the show ended up being Nine Percent boy group. One of the entertainment companies, Yuehua Entertainment ended up putting together their 7 competitors who made it pretty far in the show into their own group, which is pretty awesome since they are each very talented in their domain, whether vocal, rap or dance but also quite well-rounded to be able to do a decent job in their other areas as well. Either way, this song is fun.

So..I’m not watching this series but I like the singer, Yuning Liu who sings this one and because of that, I like the song, the lyrics and the rhythm of it all. There isn’t a huge reason behind it. I found this song randomly and spontaneously.

That’s it for this music obsessions!
What have you been listening to lately?