I mean 90210! As late as I am with TV series, its my latest TV binge watch series! It may have ended but doesn’t mean I can’t get all crazy and want to punch someone because I’m still watching the final season.  Especially when it comes to HIM! 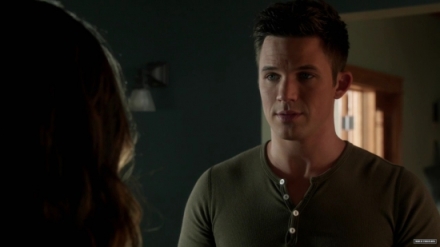 A few episodes ago, I was feeling so bad for Liam.  If you think your life was bad, you have to check out his.  He gets ALL the crazy chicks, and even those that are now normal, he got them when they were crazy.  Then, I start thinking, its because all the characters, despite being now in college phase or just out of high school in whatever stage in life, they are all still acting like they are in high school.  Really? Is that what happens when you are rich at a young age with trust funds? OKAY, not the point!

But then, that also makes me realize, WHY I actually want to punch his (very handsome) face? Because he also makes a bunch of dumb choices! In no world are the choices he makes, mostly relationships (especially casual, sometimes serious), makes any damn sense! He may have hooked up with a lot of the girls in the 90210 series itself but right from the start, I knew he was the best with Annie. Let me present her to you if you don’t know her! 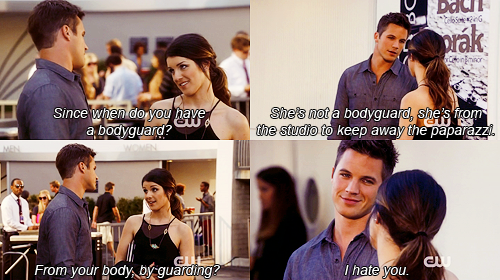 The script for this has been pushing them on and off together but its obvious the connection is still there! Which makes it all the more frustrating when I’ve really bonded with her character for some reason in Season 5. And like anything you spend extended amounts of time with, even the most meaningless things start having some meaning.

Especially when Annie starts fantasizing about it like this!

And especially when they always are so passionate when they are together!

The frustration of it all! I want to punch him in the face, but…then I don’t really want to.  I could just stop watching it, right? But then, you know I’ll be right there tonight watching another episode or two 🙂

I never understood the appeal of these series but sometimes, they just drag me right back in even when I lose hope because I feel like its not going anywhere.

Was this supposed to have any meaning? Meh, probably not! It was just to release some funky frustration and man, those are some hot kisses that I’d like to remember 😉 It sure makes me feel all sexy just watching it!

Happy Thursday everyone 🙂 This was absolutely meaningless but if you stuck around, I’m very happy you did!