Downtown Montreal is bustling with Christmas right now. This past Friday, I went out with friends to Le Grand Marché de Noël (tranlsation: The Big Christmas Market) located in Place des Arts and also connected with Complexe Desjardins. It had a lot of fun stuff. There were stalls with gift ideas from local Quebec producers and artisans. There was food trucks  and lots of decorations. And if you haven’t heard yet, we got a huge Christmas tree (which everyone calls the ugliest Christmas tree ever). After that, we headed out to Quartier des Spectacles right next to Place des Arts for the annual Luminotherapie.

Hey, look, snuck a picture of me in there. I know this is for kids but hey, kid at heart right here! This was just so adorable. I couldn’t resist!

Jerry Ferrer food truck is an extension of a chain of really awesome restaurants. The food truck was awesome because it had their usual great food but with a Christmas twist. While I didn’t eat it, my friends said that it was pretty good. 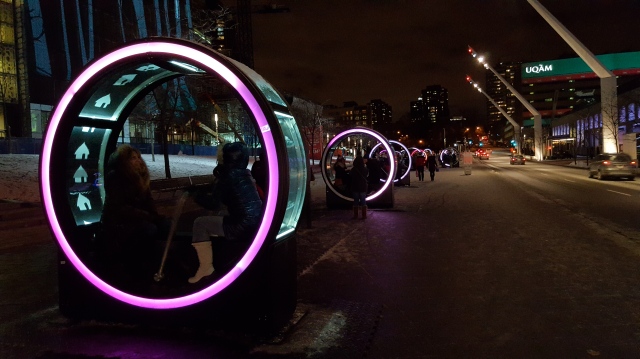 I skipped last year’s luminotherapie and can’t really remember what it was but I usually go. You can see that I went to the Iceberg exhibit a few years back, then the field of dandelions imitations, and there was a few more after that. This year was these little contraptions where you move the metal lever in the centre between two people and it moves a wheel inside that depicts a story. We managed to get on two: the first was Little Red Riding Hood and the other one was the Frog Prince.

What Christmas events is going on where you are? Are you ready for Christmas?

If you haven’t noticed already, my weekly adventures have turned into individual posts.  I don’t necessary do a whole lot during the winter, especially when this year has been brutally in the freezing point.  The radio said last week or over the weekend that the coldness in February broke some records.  Just to give you an idea..

On Saturday morning, I did a little morning surprise for our 7th anniversary. I posted a little fun recording session last night with my boyfriend in celebration for it if you missed it, its here .  You might have because I forgot to put on a title and realized it afterwards, then changed the link, so maybe it might end up having the “page not found” come up.  I don’t know how these things work.  Anyways, I debated a little about posting this again but seeing as not everyone is going to check out the video, I’m going to post some of the pics here and talk a little bit more elaborately on Saturday and the Montreal en Lumiere festival since we explored the downtown area, which is new to us.

This is only a portion.  But right from walking through the door I had a trail of post-it notes listing “Why I Love You”.  There was pretty much very little prep work except for getting earlier than my boyfriend arriving home from work.  I also hid away in one of the rooms that he wouldn’t cross by, but when he stepped through the door, I put on a song that we love. 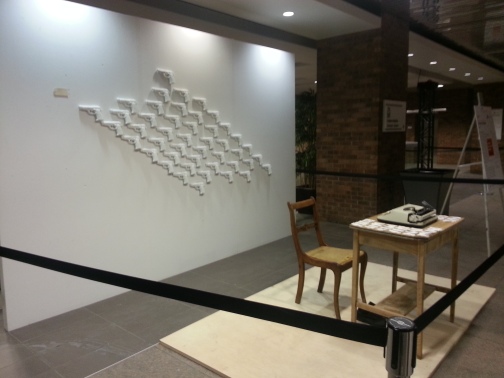 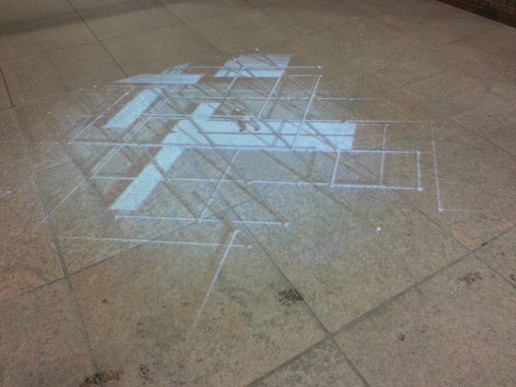 This second one is really cool.  There’s this projector up top and it has this very video game-esque sequence when we walked by imitating a helicopter and some dudes running around.  It looked a bit like an escape video game.  That was pretty fun.

These two books was our anniversary gifts to us.  I know I know, its just another excuse to spend.  I’m telling you though, these two are quite good investments, I can already feel it.  Maybe its going to be my next project idea: Quebec cuisine.  What do you think?

I’m not much of a cook but I certainly want to be a better cook at least a less frustrated one that enjoys the art of cooking.  Talking about that, once I get myself settled into my new place (hopefully this coming weekend) and get the kitchen organized, we’re starting the Baking Through Disney project. 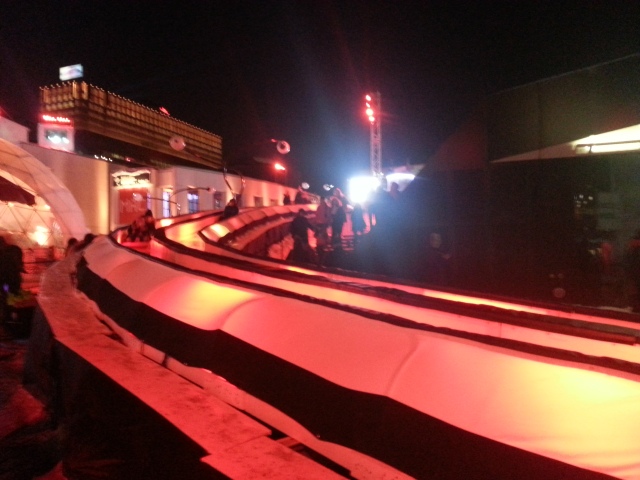 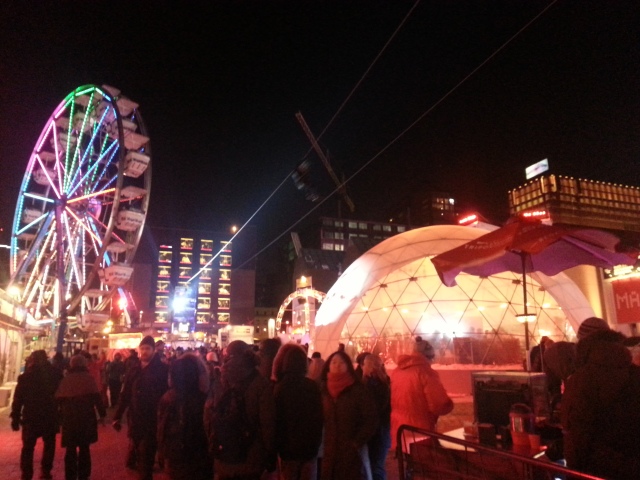 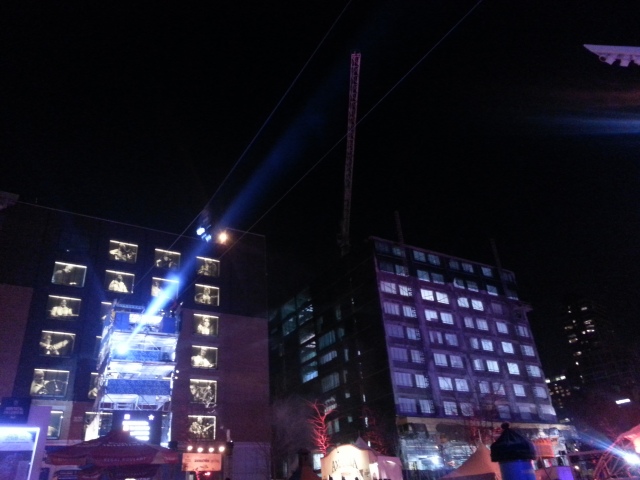 That blurry flash is the person ziplining.  I had my phone so I couldn’t get really great shots.  I’m telling you though, if the line-up wasn’t so intense, I would’ve done it.  There’s something so amazing about ziplining over thousands of people in a city. Can you imagine how it would feel? Just wow! Whoever thought that up, please bring this back next year. 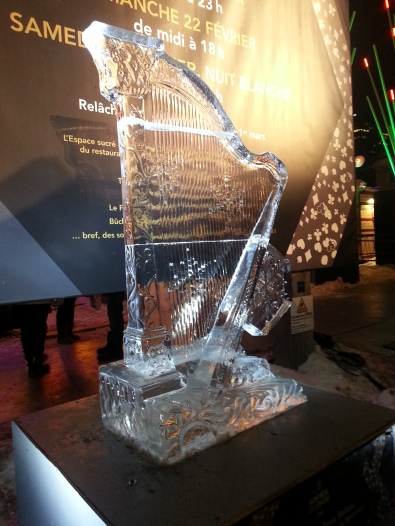 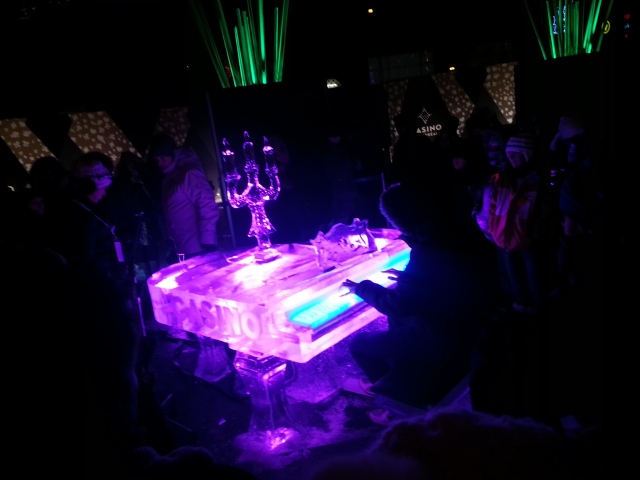 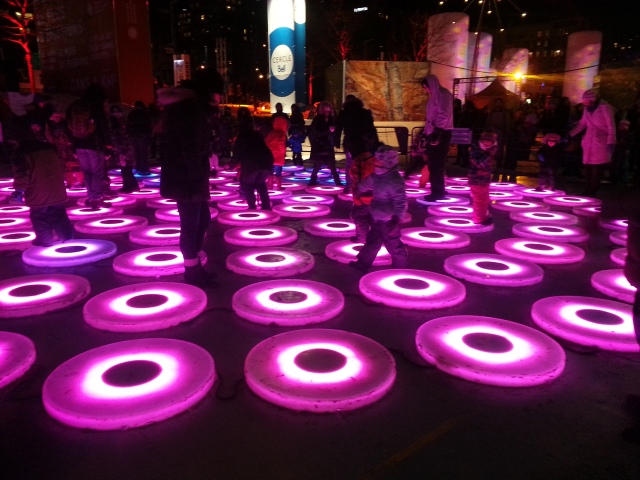 Its been a while since I’ve felt this hype for Montreal en Lumiere.  Last year, we went to the outside area of the main festival and saw penguins in the show and the Planetarium and Biodome.  This year, it felt amazing.  I’ve never actually stayed the whole night for this Nuit Blanche/all nighter event.  But with tons of free stuff from 6pm-6am, this festival is absolutely worth the time and even pushing through the crowd didn’t feel too bad either.

We also made a little stop at Hydro Quebec building to see the painting inside which was an abstract art by Mousseau with a series of lights panel running behind it which changed to emphasis different aspects of the painting itself.  It was pretty interesting.

However, the reason we had ventured downtown was for my friend’s belated birthday dinner so we made our way up to Ace Grill & Bar. I had Filet Mignon Brochette which was actually better than I expected. 🙂 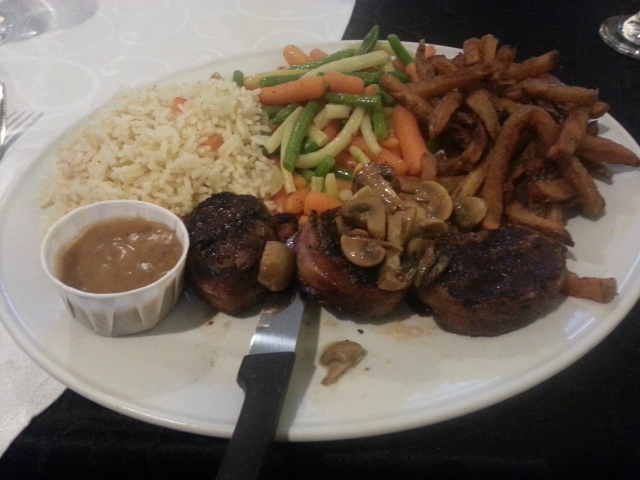 It may have been a late dinner but its been a while that I’ve seen my friends around so it was really nice to kind of catch up with everyone and share some laughs.

Saturday was pretty awesome and the weekend itself was efficient.  I just always wish it was longer.