Last week’s hike went to a visit out to a farther side of the Eastern Townships as we headed to check out the trails at Frontenac National Park. The hiking trails there are normally in the more easy category with a few longer ones in the intermediate. Seeing as our last hike went a little more difficult than we had imagined, this was a good option for us. The final decision after talking to the visitor center was that Le Massif de Winslow Trail was the one most worth it to do which is about a 20 minute drive further to reach its parking lot for where the trail starts.

Le Massif de Winslow trail did have a few need to haves for sure if you are planning to go. Bug spray being one of the most important as it is lined with stagnant water all around with little lakes and lots of puddles and water on the left and right for a good portion of the beginning trail. Luckily, we did have all of that so we came out with not too many mosquito bites. Just a friendly advice before you decide to go. Sunscreen could also be good since the good portion of the beginning has not a lot of shade.

If we were to talk about Le Massif de Winslow, it would be in 3 parts. The first is the above section. Its in the open air on flat ground walking towards the first intersection. There is a lot of lakes around it, a lot of insects flying around, bullfrogs here and there in the ponds on the side and then tiny little frogs that you can barely seeing hopping around the path every once in a while.

The second part of the path is a turn into the actual forest path. it still is fairly flat but goes into this dense forest landscape. There are less bugs and less ponds and we start seeing some running water of little streams before you hit the next intersection which is a loop to go to the various lookout points: one is a beach and lake lookout and the other is a lower mountain to look at the scenery from a higher point of view. 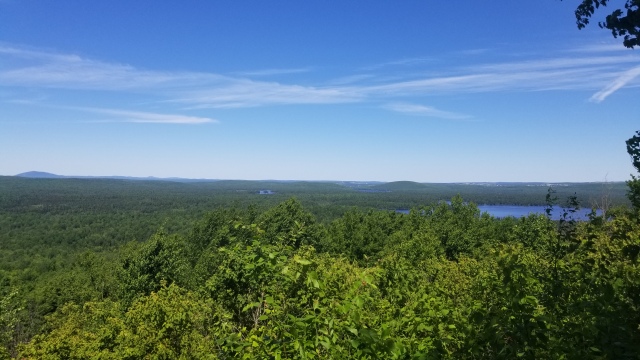 Since it a loop in the third part, we went the counter clockwise direction (which seems to be the path less chosen) but its a good choice since the lookout points are fairly together at the beginning of the clockwise so it ended out trail with a nice scenery before heading back into the normal path. The height of the mountain isn’t too high but has a bit of weaving in and out at a short distance to get the mountain view so that was probably the more difficult part of the trail.

The way back also passed through a lovely little waterfall like this one which was pretty awesome. Le Massif de Winslow in the end is just different in the loop so as the loop finishes off the mountain, the rest of the way is just flat land and going back the way that the trail starts.

That’s it for this hiking adventure!
Hiking might be taking a little break in July as the weather gets hotter and the schedule gets busier.
We’ll be back to it in August!

Half of 2019 is officially done! Can you believe how fast time has flown by? How is your year shaping up to so far? Our last two weeks was properly busy with work, home, seasonal things, catching up with the blog and life stuff in general just all coming at us in all directions. Something had to give and unfortunately, there were some gaps in the blog that was just inevitable. I’ve moved past the having to post daily to fulfill a quota and refuse to put something that I’m not happy with in terms of formatting and content so there were a day or two here and there with nothing but I think overall, it held up quite well when I went back to look at it just now.

Weather is looking up now and July is always my busy month so I’ll talk a bit about it to keep everyone updated as there are some changes in July. All that is at the end. For now, let’s start from  what happened over the last 2 weeks! 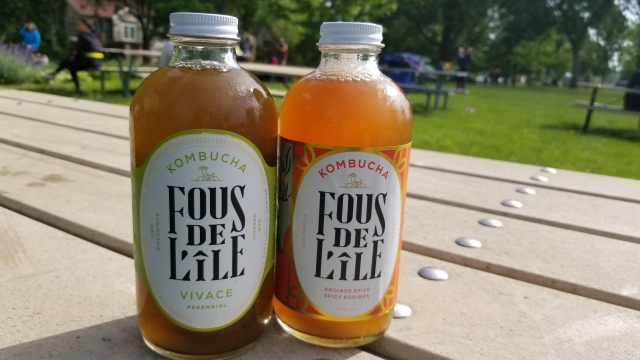 As usual, my friend went out for a run in the Pointe Claire races at the Pointe Claire village. Its been a tough season so despite a shorter race, I went along to make sure everything went alright. Sadly, the shop that I like at Pointe Claire village was gone but I did end up visiting a little store called Epicerie Prette which had a lot of different beers and more importantly, a good selection of kombucha. Definitely something to go check out again if I’m ever in the area.

I did a little bit of hauls and talks about preparing for my best friend’s wedding as one of her bridesmaids. It was a great time there. A lot of our college friends were there as well and she had arranged a lot of fun stuff and hired a very fun host plus an award-winning magician. The ceremony was memorable and the weather was perfect especially for all of the bridal party to go out for pictures at the park and then the meal was very good and before we knew it, she got the speeches going and gone so I could enjoy my meal and get drinks without worrying about too much. It was a beautiful evening. I have some photo booth pictures but not sharing those here.

It was the long weekend for us as Monday the 24th was our provincial holiday St-Jean and had a day off. We headed out for a hike and decided to go to Parc National de Frontenac, which we had looked at before but it wasn’t opened completely yet before but was all good now. We ended up deciding on the Le Massif de Winslow trail. The recap for this one is coming up very soon!

The garden is doing pretty good. We’ve managed to harvest some lettuce and cherry tomatoes so far. The cabbage has now settled and is growing really well (at least the ones in the pots are) especially since maybe the marigolds are really helping in the companion gardening concept. Peppers, zucchinis, strawberries and raspberries are all starting to bear harvest but not completely ready just not. The cucumbers are doing well and the bee garden is also growing quite well now also. The flower bed in the front is starting to have a nice cycle of flowers blooming giving the front yard some bursts of color here and there. 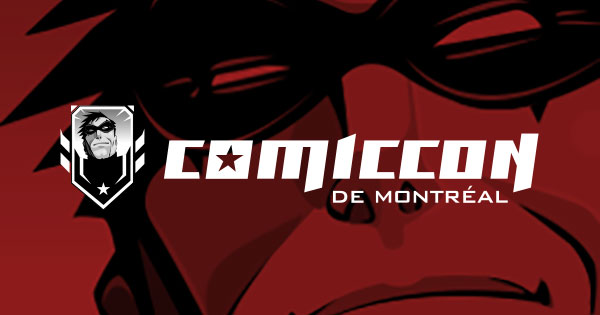 July starts tomorrow and I have a few days to get everything in order before things start up. If you have been following since last year, things are pretty much the same hectic craziness this year as I’ve gotten confirmation on all my press passes that I applied for. The first event to roll around is Montreal Comiccon on July 5th to 7th with coverage going up for both Game Warp as well as Panel recaps, Cosplay and Artist Alley highlights over here.

Starting the week after on Thursday is Fantasia Film Festival. I usually try to get about one post a day up for that one. Its a 21 day festival so its going to be a game of endurance. The schedule was just released a few days ago so I’m still working out the schedule.

All reviews will go up on both here and That Moment In. Fantasia runs all the way through to August 1st. However, no worries if movie reviews aren’t quite your thing because I should have some other posts going up (at least I’ll try). 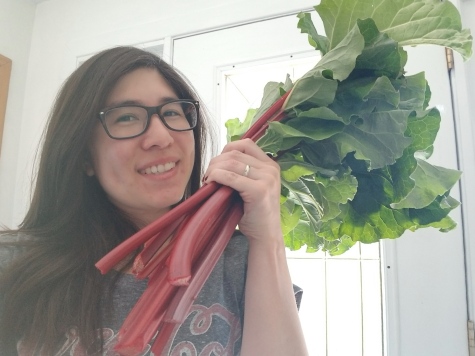 That’s it for this Weekly Adventures!
How did June go for you? Lots of summer plans?
Any festivals happening around your area?