Its been a long time since our last Battle of Ingredients! To be fair, we did have a dinner outing (or two) during this hiatus but it wasn’t nothing that I particularly wanted or had time to write about but the group got back together on the last weekend of October to get in a final little BBQ session. Phoebe made a few version of ribs and brought some assorted veggies while I did some drumsticks and butternut squash for the grill and brought some extra stuff to pad the menu in case there wasn’t enough food.

As usual, our friend provided the beverages. This time, he went for the assorted pack of Pepito’s Sangria which had three varieties: Sangria Blanca, Sangria Rosada and Bella Sangria. It had different non-alcoholic wine bases although there was still 4% of alcohol content in it so its a bit odd. Its light and fruity. I only had the Sangria Blanca and Sangria Rosada because the other one was the red wine base so while its non-alcoholic, it was more of a precaution. Sangria Rosada definitely had the berry flavors more while the Blanca was more the harvest fruits like apples and pears. 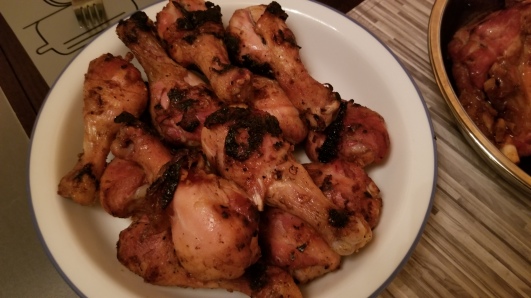 To kick things off, the first thing I made was Chicken Drumsticks. They are covered with the Dim Sum Dry Rub that I had bought previously and had already used before. It was a busy weekend so still working with the more familiar recipes. The last time I had used it on chicken wings and it still worked really well with the drum sticks. We had given it a little time to sit covered between tossing it on the grill. 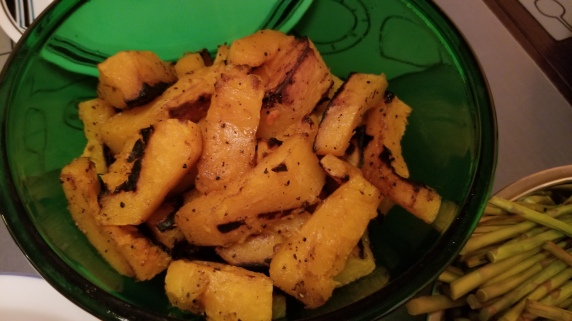 Butternut Squash seemed like a nice fall addition to the menu. Squashes are in abundance now so its always great to add them in. Its hard to cut but then I had done a similar recipe from Goodfood before in the oven and decided to give it a shot on the grill. This is done really simple. We just peel and then cut it into pieces, remove the seed and then sprinkle with salt and pepper and then its ready to put on the aluminium plates to grill. I forgot to add some honey to give it some sweetness at the end but that was supposed to be the plan. 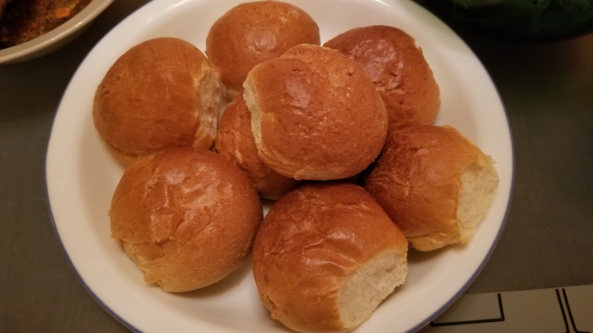 As the additional stuff in case there wasn’t enough food, I went out to M&M Food Markets and picked up the veggie burger patties (because they were on sale) and also the dinner rolls. I can’t say that I liked either of these very much. The dinner rolls turned hard really fast and the patties tasted a bit odd so still on the hunt for a good veggie burger patty. 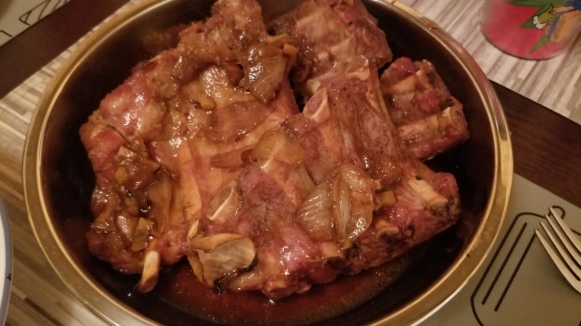 Lack of pictures on my part but Phoebe did make two types of ribs. The one above is the Korean Galbi style attempt which turned out pretty good. I eat rather bland food so I thought it was a little on the salty side however, for normal people who eat regular flavored food, this was pretty on point.

Her second style which is not here because it came off the grill after we started eating was a Honey Soy Sauce which is her little one’s favorite.

Finally, the last dish to show itself is an assorted veggie platter to grill. It had both yellow and green zucchini, asparagus and Portobello mushrooms.

Overall…its a bit of a normal little Battle of Ingredients but as a little BBQ to get back into the routine of things, we had a lot of fun. Everything turned out pretty good and we had a nice balance of vegetables and meat. The alcohol was also very light and fruity.

Next up in the Battle of Ingredients is our normal November hiatus as we go and explore MTL a Table offerings. Right now, we have 3 booked in (and shouldn’t have more than that on our side at least). With that said, the first one has already happened as this post goes up so that’s coming up very soon.