Its the last day of December. Isn’t that crazy? I’m doing this on the last day instead of tomorrow since we have 2020 business to take care of then so shifting things up a little. We’re going through the very busy December and all kinds of recap and seemingly a bunch of shopping and gifts and fairs and outings, etc.

The @officialcrhs annual #craftfair was today! There were a lot of stalls showcasing all kinds of unique things. In the end, this was my #shoppinghaul . #Teas from #NamasteKitTea ; #Snowflake #Ornament by kids (can't remember the store name..Little Fairies something); #Anthurium from #CactusofHope #cactusdelespoir (for a charitable cause); #Crochet #Wand as a gift from #2SistersCrochetandKnitting

Its December already! And it means channelling the #crafty #diy side of me! I've made a few #wreaths but couldn't resist making a #branchwreath for the first time. Here's how it turned out! #plushie #snowman #cupcakes #sparkly #glitter #gingerbreadhouse #gingerbreadman #pinecones #berries #Diywreath #christmas #christmasdecor #decorations #xmas #holly #winterberries

Next up, I went along and tried out some Marbled Ornaments as well! Which was mostly a failed attempt in general but did decide that its a project to further pursue and figure out. Plus, its some nice way to use up old nail polish so that its not just thrown out without some form of recycling/repurposing. You can check my post on that HERE.

Marche Casse -Noisette took place from November 28 to December 8 at Palais des Congres which happened to overlap with Mini Montreal Comiccon held December 7 and 8 also at Palais des Congres just one was in the main hall and the other was upstairs. With that said, it made sense to go and check out both at the same time. While the haul wasn’t particularly a lot, it was a first time visit for both place for myself. Some nice discoveries to be found. I will definitely go check the Marché Casse-Noisette again but probably not the Mini Comiccon as its rather lackluster. 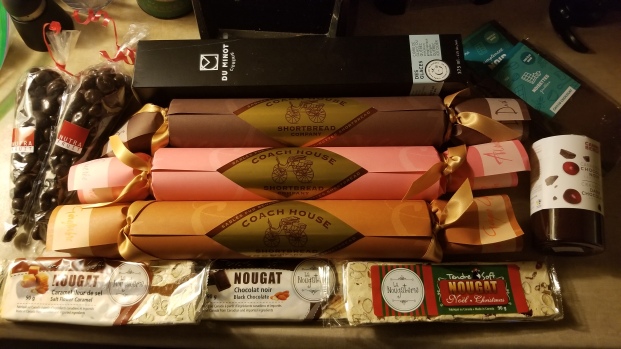 A lot of the SMAQ 2019 sales is about the same as previous years, the exception being that I bought the spread from Nutra Fruit and the chocolate from Choco Chocolat, which I believe is a new booth this year at the Salon. Most of this stuff is for festival party time and gifts and whatnot.

We took a quick trip with a friend to go to Ottawa to do some quick errands. We had a nice lunch at Fatboys (post about our first time HERE) and then finally found time to go grab some donuts at Mavericks Donut, which they had 4 dairy-free flavors and the husband and the friend each chose 4 to get a dozen. After that, I finally brought home Pumbaa from Disney Store to join Timon at our place and then picks up some wine at LCBO and some food in preparation for NYE dinner plans at T&T Supermarket.

Christmas Eve dinner was a ton of fun with a lot of people at the in-laws. It was a fun little event with some surprise gifts for ourselves which we didn’t expect to get anything in the first place. My mom wanted to have a turkey feast (as shown above) so she held a dinner and invited us and some of her own friends for dinner and here we have the overzealous food galore. Everything was delicious as usual. NYE is a hotpot meal and part of the Battle of Ingredients festivities so a separate post will be done for that.

Boxing Day this year has been a little less exciting. It has to do a lot with the fact that we’ve been trying to decrease expenses and its truly changed the spending habits into being very cautious with our expenses. Its not going to seem it since we’ve done a lot of shopping this past month…seemingly..but then its all useful things or food. Either way, without further ado (as this is the last part before this post ends)..the shopping haul from Boxing Day. 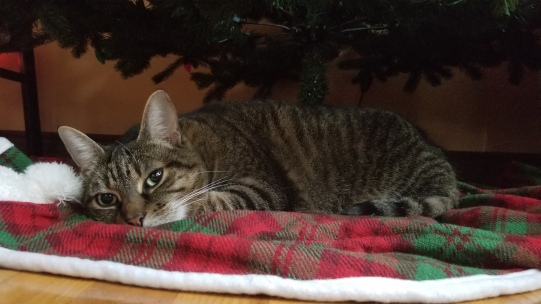 That’s it for this December Adventures!
How was your holidays? Had a lot of fun with family? Did you do some Boxing Day shopping?