Its Valentine’s Marathon season here so it makes sense to do a romantic themed list post. A few years ago I reviewed the Nicholas Sparks adaptation films and then proceeded in the next few years catching up as the newer films wer released and now I have watched all of them so it seems like a good idea to rank them from best to worst.

I know these films are pretty formulaic and get hates on a lot but somehow the romantic in me who used to read Nicholas Sparks novels has a rather higher tolerance than most for these films. With that said, here are my rankings from best to worst!

1. A Walk to Remember (review)

A Walk to Remember is hands down the best Nicholas Sparks novel that I read and then the movie delivered with the believable roles by Mandy Moore and Shane West. Its sweet and cute and so very heartfelt and for all those reasons, this movie is great and surpasses what any of the other adaptations were able to achieve. 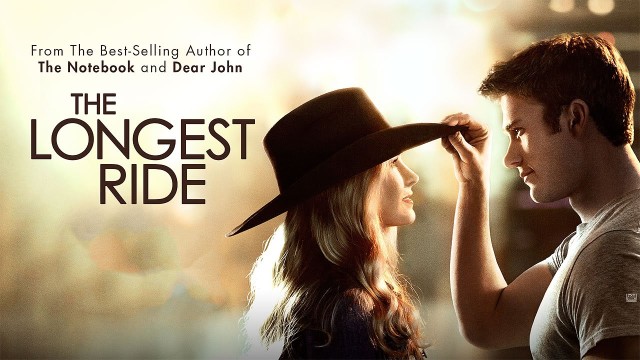 Call this a bit of a bias. The Longest Ride gets a lot of points for having these two leads. Brit Robertson and Scott Eastwood are two incredible actors and with that said, I thought that their chemistry is fantastic here and the story with the rodeo and everything fits well together here. I was invested into their romance and it ticked all the boxes I liked to see in a romance.

I’m going to be honest that this choice and the next is fairly neck to neck. The Best of Me scores a little higher very much thanks to how they decided to structure the story here. Plus Michelle Monaghan and James Marsden is really nice to watch here. The chemistry works with the parallel of the older and young couple here and it just works pretty well.

The Choice falls into the 4th spot. To be honest, I actually enjoy rewatching this one quite a bit. Some factors here is that it has nice ending in comparison to the different varying bittersweet endings in the other movies. There are a great many scenes that I love about this one that is a lot of fun to watch mostly because there are some funny moments here and mixed in with some nice romantic ones. The supporting characters and the side stories here also work well here. There are some frustrating moments but my main issue on why this falls short from the previous one because of the final section which felt forced to be longer. Perhaps I am missing the point but it just didn’t work too well for me. 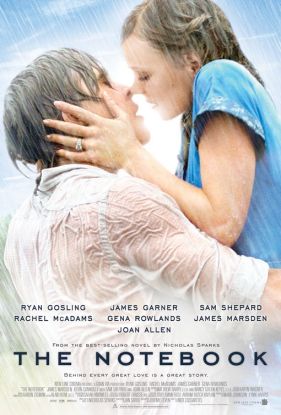 For many people, The Notebook is a phenomenal and possibly the adaptation that works the best for Nicholas Sparks adaptations. However, its never been particularly outstanding to me. The only story I love the most is the elderly couple and the ending which is very memorable. Ryan Gosling and Rachel McAdams are very good. Its no doubt that The Notebook is well done and very romantic and for that it gets into the top 5.

6. Message in a Bottle (review)

The first Nicholas Sparks adaptation, Message in a Bottle falls in the 7th spot. My deal with this one is that while it is a pretty good romantic story however also shows off the nature of how Sparks stories are generally structured. Its really a decent one and the main credit goes to Kevin Costner and Robin Wright but then theres always been something that holds me back from going back to watch this one.

As we start heading out of the Top 5, Safe Haven just misses because its chemistry works great and lots of elements work however, as great as Julianne Hough and Josh Duhamel works here and theres more than enough cheesy romantic lines to go around, the secret works well enough as the danger element but the twist element here just feels so incredibly out of the blue that is too random for myself and works less and less every time I think about it. 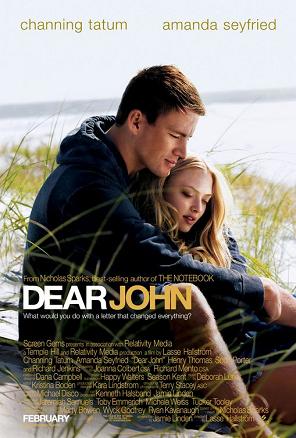 And then we get to Dear John. Channing Tatum back when this was released was in this cookie cutter roles and for that, I made fun of it so much. While I get the story here and I like the chemistry between Channing Tatum and Amanda Seyfried. The book worked so much better than this adaptation and because of that, it was disappointing and plus, not a big fan of this ending.

I like Taylor Schilling okay from Orange is the New Black (less and less with every season) and Zac Efron is okay as well in my book. And because of that, I remember liking The Lucky One but remember absolutely nothing about this film except maybe some dog training backplot. For its forgettable story, its bagged a lower spot.

And then we start hitting the last two. Nights of Rodanthe honestly is just not my cup of tea. I have no problem with Diane Lane or Richard Gere. With what they have, its charming to watch but this movie is just fairly boring. It is as simple as that.

The Last Song is the worst of the Nicholas Sparks adaptations. It really has to do with the young cast here that I didn’t enjoy. I liked the father daughter story here more than the romance and the latter has a lot of focus.

Thats it for this best to worst list! How would your rankings be different from mine?

This marks the second viewing of Nights in Rodanthe, the following adaptation of Nicholas Sparks novel with the same name. Honestly, I’m pretty sure I read the novel but I can’t really remember it much so there isn’t much of a comparison.  This one didn’t touch me a whole lot so I was hesitant to watch the movie.  Its kind of the same deal with this movie as The Lucky One which has been sitting on my shelf forever and I will watch for this marathon soon.  The only attractive part of this movie would be that the leads for Nights in Rodanthe is Diane Lane and Richard Gere and I think they are quite remarkable talents. Although, my exposure to them hasn’t really been that plentiful but still.. Lets check out how this was!

Adrienne Willis (Diane Lane) is in an unhappy relationship bordering on divorce after her husband (Christopher Meloni) leaves her.  On his visit to pick up the kids, he asks if he can come back however she decides to think about it while on her vacation. Her vacation is to help her best friend (Viola Davis) take care of her inn while she goes on a business trip.  During this time, there would be one guest who turns out to be a doctor, Dr. Paul Flanner, currently sued for the loss of a woman’s life and there to meet her husband (Scott Glenn) and also, on his way to make amends with his son (James Franco). As Paul and Adrienne get to know each other through each other’s pains, they start getting closer and helping each other find their happiness. 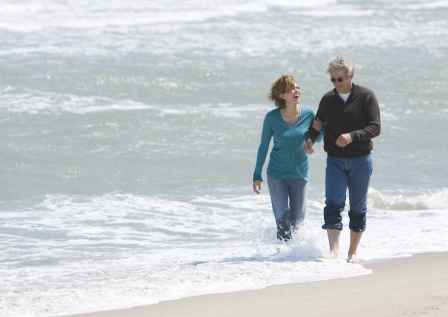 If its anything I’ve learned watching romances, particularly this past while, its really how you relate or its really a feeling you get from it.  For me, Nights in Rodanthe is not very effective but it comes with no surprise since its rare that I don’t even remember much of the novels that I read and thats the case with this one.  In terms of Nicholas Sparks, it feels a little too formulaic.  Man, I never use that word but I’m starting to feel like it for this one.  There’s so much that similar, just like I’ve seen letter writing or story writing for almost all the movies.  Its not a bad thing.  I’d love to receive snail mail.  I’m old-fashioned that way. Either way, still, this doesn’t resound to me and honestly, I felt like there was a bit of overacting to be overly emotional or whatever.

Don’t get me wrong though.  I didn’t hate Nights of Rodanthe.  In fact, I really liked the characters themselves.  Sure, it was really overdoing it but I didn’t really like the romance as much as the family aspects of it.  Like the rebuilding of the mother-daughter bond and the father-son bond.  Those were actually really touching moments.  Even just Richard Gere’s character growing and seeing how to be more than just a doctor but standing in the shoes of the woman who lost her life and her family and learning to see more as to what others wanted.  Because honestly, his character was really frustratingly self-centred.

There’s really nothing much to say here.  I don’t think the performances were weak and I believe the blame goes mostly to the script and the story itself.  However, it doesn’t work for me, maybe it’ll work for you.  I’m guessing that I’m also not the target audience for this.  Aside from the fun silly moments between Diane Lane and Richard Gere’s characters and the conflicts and troubles surrounding their lives, nothing else really has that touching factor.  Something seems to be missing or maybe it just feels a bit forced.  I don’t know…I’m not good at saying whats wrong with a flick, its just usually not to my preference.

Thoughts? Have you read or seen Nights in Rodanthe? What do you think about Richard Gere and Diane Lane?