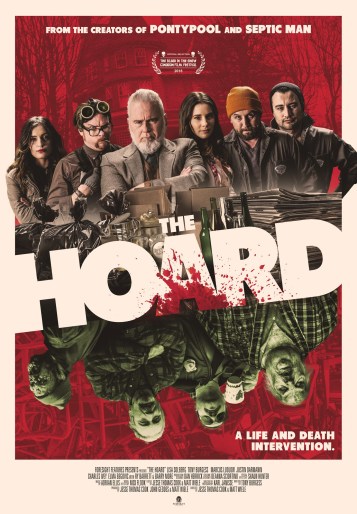 THE HOARD is a comedy/horror mockumentary that chronicles the unravelling of a production team who are attempting to produce the ultimate reality TV show pilot ‘Extremely Haunted Hoarders’. – IMDB

Mockumentaries are a tough subgenre to crack. They have to carry a certain comedic value to them as they go and mock a certain style. In this case, The Hoard tackles mocking reality TV in the likes of ghost hunting combined with house flipping shows. The movie is a comedy for the most part but takes a turn for something more in the horror area near the end as the plot takes a sudden turn. The main hurdle for The Hoard is honestly on how much its viewers enjoy mockumentaries in general. It embraces what it is trying to achieve fully both with its ragtag team of “experts” with each of their specialities and the way the entire movie is executed. 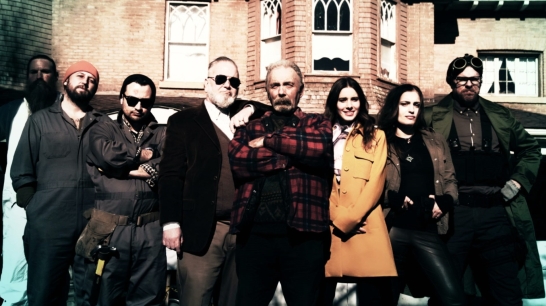 Looking at the characters, they are the heart of The Hoard. The most comedic being that of the pompous Dr. Ebe (Tony Burgess) who takes his role as the resident psychiatrist to solve this hoarding habit of their subject to another level with both impractical and ridiculous ways. Another highlight is the divorced paranormal experts Chloe (Emma Begovic) and Caleb Black (Ry Barrett) who have their incredibly hilarious interpretation of ghost hunters both making fun of the scenario in an indirect way in an over the top manner that offers lots of entertainment and plenty of laughs. It is quite a treat to see Emma Begovic switch from the really intense main role in Bite to this comedic role which shows her acting chops. The professional organizer, Sheila Smyth (Lisa Solberg) is the leader of the team and while she is simply the glue and grounded person here and the one who goes through a lot more situations and dramatic moments, she somehow doesn’t have quite as much impact as the previously mentioned ones. Same goes for the construction/renovation trio, Duke (Marcus Ludlow), Falcon (Justin Darmanin) and their temp worker Ivey (Charles Ivey). They do cover a bit of the over the top dumb humor which lands less because it sometimes overstays its welcome.

Humor is a subjective thing. It is what makes the mockumentary comedy genre sometimes hard to talk about. What works for me might not tickle your funny bone. In this case, the humor lands enough for this film to work and as a mockumentary, it is done in an entertaining way with enough to keep it intriguing. However, it does feel slightly disjointed at times and some other bits felt not so necessary. It’s a short run time and sometimes it feels like it circles too long in a lot of the same movements before switching the plot up. There are some good and some lacking elements here especially in terms of the horror coming a little too late. For those who do appreciate mockumentaries, this one is worth a shot.

Side note: I can appreciate what it does here but I’m not the audience for this one so I can see that it does a good job but I didn’t quite get as involved as other who enjoy mockumentaries would.

Before I start the review for Park City, I’d like to thank Hannah Rosner, director, writer and actress in this indie film for reaching out to me to watch her debut feature length movie.  Honestly, she really made my day.  This marks a personal blogging milestone and I’m forever grateful to her for that.

If you frequent Tranquil Dreams, you realize that I have a preference over watching indie films, because of various reasons. Maybe I’m just turning into a film snob.  I make fun of myself that way all the time.  But thats okay, I like originality and a lot of times, indie films have a little extra something to give.  For one, for the most part you can see the passion and all the heart in the final product.

Enough of my babble, lets check out Park City!! 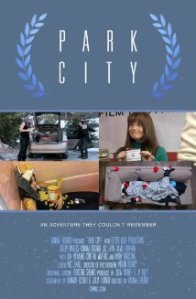 PARK CITY is a comedy about a group of ambitious young filmmakers who lose their 35mm festival print at a pivotal moment in their career… a few hours before their world premiere at Sundance.  An ambitious director (Joey Mireles), a savvy producer (Hannah Rosner), a diva actress (Jill Evyn) and… well, we don’t really know what Dave does (David Hoffman) are trapped together in a Prius as they drive across country to screen their film at the Sundance Film Festival.  Once they get there, they’re so distracted by the glitz and glamour of the festival that, to their horror, their only film print goes missing – the night before their screening! Their adventure will test the strength of friendship, morality, and the law. – parkcitythemovie.com

Because this is a little different, I’m going to add the trailer also:

I’ve explained my thoughts on the general genre of comedy before.  I personally don’t watch a whole lot of it mostly because its really hard to make me laugh, at least movies have that problem.  Most times I would laugh AT the movie and not WITH the movie.  I don’t like dumb and/or offensive comedy and it seems that increasingly, that is where things are headed for the genre.  I have never actually watched a mockumentary and honestly, I had no idea what to expect.  The trailer had me a little on the fence because while I got a few laughs, I wondered how it would pan out. Now, keep in mind that comedy is quite subjective so whatever my feelings are to it, you may feel differently. Its one of those genres which you really need to experience for yourself 🙂

Park City is a fantastic comedy that worked for me. I was laughing a lot. This felt a WAY more enjoyable version of The Hangover.  I really didn’t like The Hangover much.  This one is along the lines of the experience of The Hangover except before we get to the whole Hangover bit and retracing their memories to find the film that they lost in the countdown of hours left till their premiere is being screened at the Sundance Festival, possibly what could be the most defining moment of their lives.  Plus, between sequences, as they recollect the night with certain markers, they hop into a documentary style as they document this Sundance Festival experience, which gives it a little personal touch to it.  What makes this experience really fun is that right from the beginning of the movie, we start with the crew heading off on a road trip style to get to Sundance Festival.  We get a better idea of who the characters are and just how much they have on the line plus how much it means to them.

That leads me to the second point of what made me enjoy Park City a lot.  The characters they have here are really fun.  They balance each other out and even with the more serious and responsible Hannah (played by Hannah Rosner), she has some crazy moments too.  There’s one scene that is ridiculous and hilarious all at the same time.  Thinking about it right now makes me laugh out loud.  Their diva Jill is also really amusing to watch because she is a drama queen and a little crazy.  She’s out to get a producer but she’s actually pretty naive in her own little way.  Even with her whining constantly, all I could do was chuckle a little and it never was annoying to watch.  As for the guys, they are the jokester of this one, especially Dave Hoffman’s role.  He’s the guy that is just absolutely lost and he’s pretty simple because he just wants to have fun: get drunk and high, you know. Right off the bat, you know he’ll be entertaining as hell to watch.  While Joey is an amateur director with a lot of heart, he just wants this to work out but then he’s not exactly really responsible. This crew combined together as they hunt down the film just creates a really good chemistry and balance with urgency and hilarity. They are all just really lovable characters.

Before I get too much and head into spoilers, which I’m trying hard to avoid, I’m going to end with this quickly.  One last point to remember as you watch is that Park City is focused on Murphy’s Law: Anything that can go wrong, will go wrong.  Imagine that against getting a hangover, losing your film and having several hours in an unknown city faced with possibly losing your successful future at stake if you don’t find it in time.  Keep that in mind as you watch this and watch as this crew takes you on their different shenanigans and encounters.  If you can resist falling just a little bit in love with these dynamic characters in Park City, I don’t know what to say to you.

Overall, if you can’t tell, I had a lot of fun with Park City, way more than I expected.  The whole mockumentary mixed with racing with time and a lot of funny moments full of what I consider sarcastic humor or just my type of humor at least, that I enjoy worked really well for me. Park City is amusing through and through, full of good jokes and charming characters.  I highly recommend it!

**Park City is currently available for download on iTunes.**