Four international spies are attempting to ship a computer chip stolen from the US air force that can activate a missile to the terrorist organization.  However, at the airport, they hide it in a remote-controlled car that ends up in Chicago due to a mix-up in baggage at security clearance with a grumpy Mrs. Hess (Marian Seldes).  Mrs. She in turn gives it to her neighbor and the little boy across street, Alex (Alex D. Linz).  The spies follow the trail to Chicago and end up on the Alex’s street and decide to search all the houses until they find it.  But, Alex takes matter into his own hands to protect his own house and his neighbors.

Seeing as my expectations were pretty low and I had no idea what this was in advance, it wasn’t as bad as say the 3.9 IMDB score or the 20+% RT score.  I’ve seen much worse movies and this one did grow on me as it progresses to the final act when Alex beats the bad guys up with his booby traps.  There was a few laughs.  Sure, there was a lot of predictable moments and some pretty stupid lines and the acting was pretty meh, so no, its not better than the first two (unlike what the poster says).

I knew no one in this one except for two.  The father was played by Kevin Kilner which is super familiar and I’m sure I’ve seen him somewhere else but where? I didn’t check that out.  AND, well, you see it up there listed in the cast but in case you missed it, Scarlett Johansson plays Alex’s older sister.  Yeah, seriously! When she was way  younger than now.  She had a little role and a few scenes.

I really can’t help but to give a hard time to whoever chose these guys.  I wanted them to get hurt so bad.  I mean, its sad to think that two burglars, Marv and Harry in the first one and made in 1990 was eons better than these four combined together.  For one, if I lost my luggage, as in there was a mix-up, I’m pretty sure I wouldn’t be able to figure out that its the first plane that is boarding.  I get the logic behind it but hmm, maybe I’m just dumb.  Still, that probably doesn’t go with the villains but a lot of what they did and said was just dumb so yeah, they weren’t really convincing. 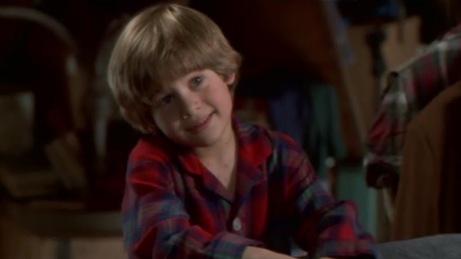 In any Home Alone movie, there has to be the main little kid.  Alex D. Linz who plays Alex, the little boy in this one is actually pretty adorable also.  Its when you follow something as epic as the original Home Alone and Macauley Culkin’s Kevin, its hard to not be compared.  However, he does a decent job.  Plus, they gave him some nice tricks.  But, this movie is definitely just a winter movie and not a Christmas one.

Overall, Home Alone 3 is really just an average movie.  There’s some parts of the plot that doesn’t make sense and the cast aren’t really all that fantastic but the main kid does a decent enough job.  Regardless, there are still some fun moments but pretty much underwhelming.  Plus, you can see Scarlett Johansson when she was young.  Maybe that interests you?

I just wonder why they would continue this? Was there even a point to it? Either way, have you seen Home Alone 3? What did you think of it?