Thanks to Natasha at Life of This City Girl for this blogathon relay: The Ten Most Iconic Female Movie Characters Blogathon. 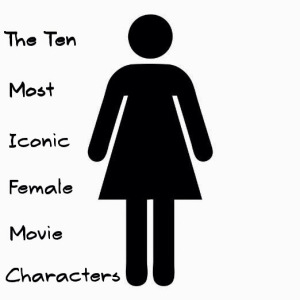 I’ve been ridiculously behind on going through all the posts in my email inbox so I didn’t even realize she had passed it to me.  I’m painfully behind with the one week deadline so I’m extremely sorry. I hope I didn’t get kicked out because I’m making it up by getting it up within 12 hours since I knew about it. Hopefully that makes up for it?

This blogathon is started by Dell on Movies.  I just started following this blog and its absolutely awesome! You should drop by to check out the Horror marathon for October and all the other reviews.  I’ve only had time to check out a bit but I’ve enjoyed a lot of it. This blogathon relay was passed on to the following bloggers:

So here’s the deal as Dell on Movies explains:

Here is the current list after Natasha has removed M and replaced her with Maria Von Trapp:

This is a super hard list to choose because for one, I haven’t seen a few of these characters and the ones that I’ve seen, I believe they belong exactly where they are. So, who to remove? The choice goes taking out Shosanna Dreyfus.  There is really one reason.  And that’s because all the other girls, regardless if I’ve seen the movie or not, I’ve heard of them and know of who they are. However, for Shosanna Dreyfus, I had to search up who she is.

I’ll replace her with: 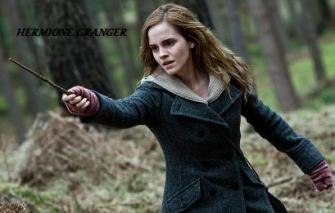 I struggled with choosing a replacement mostly because I was choosing between Laurie Strode, returning Mary Poppins but then Hermione Granger has been in our lives for 8 years with the Harry Potter series.  If anything, its always a joy to watch the smart and talented Hermione Granger.  She begins as just a clever geeky girl who wants to excel in magic especially since her parents are ordinary folks.  Although all she wants to do is focus on her own studies, we watch her grow as she grows brave and courageous for her best friends.  She isn’t afraid to eventually break a rules if it means that she could help out. Her amazing magic talent with a wand or potions or spells makes her an even more important to the whole Harry Potter situation. She didn’t just grow up as Hermione Granger but she also introduced us to an amazing young actress, Emma Watson.  That’s why she deserves to be here.

Thanks to Natasha again for giving me the opportunity to participate  in blogathon relay! Even if I’m late, it really wasn’t deliberate.  I don’t know if she passed it on to someone since I passed the week deadline but if she did, then this is just something extra, I guess 😉 I’d completely understand.  And thanks to Dell on Movies for starting this awesome idea.  Remember to go check out these two lovely blogs.  I promise lots of fun! 🙂

I now pass this on to Ryan at Ten Stars or Less. You have a week! Good luck! 🙂