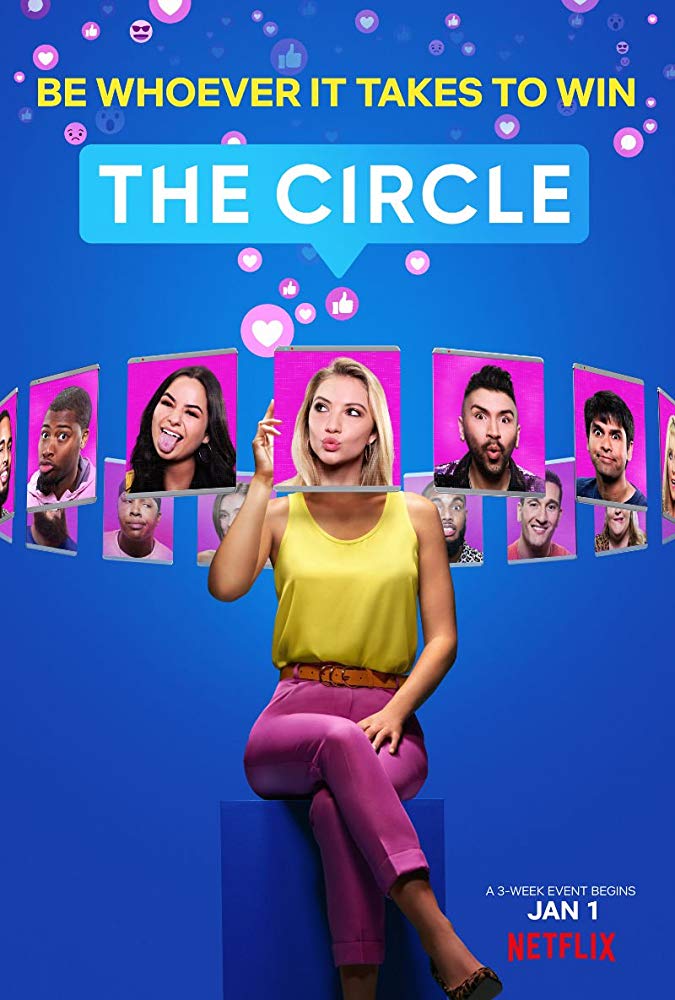 The Circle is a 3 week limited series social media competition with a social experiment central focus as different contestants living in apartments in one building communicate through social media only and try to gain popularity to get the top spot in the end to win $100,000. In the process, the lowest ranked players are at risk of being blocked where new players will enter to take their place. At the same time, players can enter as themselves or as catfish.

There are so many angles to look at this show. I’m not going to lie that going into this and watching a bunch of different people interact through social media is something of a cringey feeling as you never know who these people are. However, if The Circle does do anything well, its that every contestant (whether intentional or not) proves a few important points about the world interacting through a screen: the level of trust, the easily misinterpreted messages due to lack of interaction and of course, the judgement of a first impression/appearances and photos. Sure, its only 12 episodes and like 12 days or something that these people are together if they were the surviving initial group that makes it to the end and its not enough to truly know who these people actually are in real life but the fact that the show, as the audience observes them and their reactions in their own space, some of the people will change initial opinions.

The first angle of the show is obviously what everyone goes into this for: entertainment. Its a competition so there will be tension especially as the viewers find their players that they want to win this and in the face of ratings amongst themselves and who gets eliminated, it builds fairly well. The Circle feels natural enough especially as the show goes on and the players settle in. The best moments are probably those where there are shocking moments of player reveals, especially for the catfishes. Plus, watching people react to what others say is pretty fun overall. Sure, some of the players have some big personalities and might even seem a bit annoying in the beginning but its funny how things change in the course of the game.

If you look at this on the social experiment angle on what social media does to the society and how it builds up an image of what others feel is more accepted regarding appearances or even personality and other preset thoughts and prejudices that people build, it turns into a rather deep contemplation at the end as to whether what the catfishes were proving is a bad thing or whether if you connect with a catfish and its only the appearance that is fake means that it was all a lie in the first place.

Its interesting how we view social media and online interaction at times and for that, I’d say that on some levels, The Circle actually gives some room for contemplation of how online interaction does subconsciously and they did pick out a good group of players that showed a lot of angles of how people can view them or why they picked their catfish alias. If anything, The Circle has proved that the convenience of online interaction has both its pros and cons and highlights some stereotypes that people generally have. The Circle is a surprisingly interesting look at this through a rather entertaining game/competition.