Next double feature comes at us with nothing too in common. For the K selection, I chose Kingsglaive: Final Fantasy XV which came out as the story leading to Final Fantasy XV’s video game release. For the L selection, which you will notice is going to be the first of 2 selections (the second title paired up in the next double feature with the M selection) is the 2017 sci-fi film, Life, which got relatively low ratings but remains intriguing to me.

King Regis, who oversees the land of Lucis, commands his army of soldiers to protect the kingdom from the Niflheim empire’s plans to steal the sacred crystal which gives Lucis its magic and power. – IMDB

Kingsglaive: Final Fantasy XV is the story that takes place before the events of Final Fantasy XV. The ending of this film introduces the four main characters in the game however doesn’t show them anywhere else in the film. With that said, this story takes a look at the kingdom and the threats as well as the soldiers abilities. Video game adaptations or even films derived from a game always has the difficulty of just appealing to those familiar with the franchise or the story. In this case, while Final Fantasy has had a lot of games so far and is a successful franchise, FF15 is a different story with different characters so the idea of making this film is a good one however the execution might not have been done quite as well as the story feels convoluted.

Voiced by Aaron Paul as Nyx, Lena Headey as Lunafreya and Sean Bean as King Regis, the character voiced here are done pretty well. At the same time, the visuals of the kingdom and even the action itself as well as the character design all are appealing. However, where this movie does fall apart is that the script isn’t written well, some dialogue feels very rigid and the story flow feels a bit slow where some parts actually start feeling a bit boring and slow.

Final Fantasy may be an overall pretty great gaming franchise however, its movies have mostly been lacking except for maybe one. Therefore, Kingsglaive might not be a good movie but I also didn’t expect to feel all that much different when I finished with it. Its visually appealing but everything else falls short in the spectrum of things.

A team of scientists aboard the International Space Station discover a rapidly evolving life form that caused extinction on Mars and now threatens all life on Earth. – IMDB

Life’s one of those films that I’d chalk up their general lack of box office or negative reviews on expectations and the fact that their trailer reminded the audience of an Alien rip-off. I’m not going to argue that I wasn’t affected by the trailer hence why I’ve put off watching it for so long. However, putting aside the similarities of sci-fi films and comparing it to the very fantastically done ones like Alien, Life is a pretty solid sci-fi film. Its quite entertaining that most sci-fi films in the Alien veins reminds us of the fascination of finding that we are not alone in the universe but then quickly wishes that we were because foreign extraterrestrial organisms are probably going to be much more lethal and a good part of it has to do with it being unknown. In that sense, Life’s best attributes is giving us an organism that develops and grows exponentially in a short frame of time and we learn about it just as the characters stuck in the spacecraft is at the same time.

Life is also quite good in the sense that its paced fairly well. The background music is done well especially to boost the atmosphere. With that said, the atmosphere and environment is controlled and the use of gravity and space is also done quite effectively. There is a good deal of tension throughout the film and it has a lot to do with the setup of the film being in a closed space within another closed space for a good part of the film.

Overall, Life is actually pretty good. If you can set aside some of the similarities it does have and see some of the things that are done differently. The quality of the film is definitely still there. There are tense moments and intriguing moments and the pacing is very fast paced so it helps propel the film forward without giving much time to think too much about the things in depth. Maybe its because I went into this one with lower expectations but its one that I’d gladly sit down to watch again. There are issues with it and it has to do with some of the very familiar characters which also don’t truly get a whole lot of depth because we don’t spend too much time with them before things get bad.

That’s it for this double feature!
Have you seen either of these films? Thoughts? 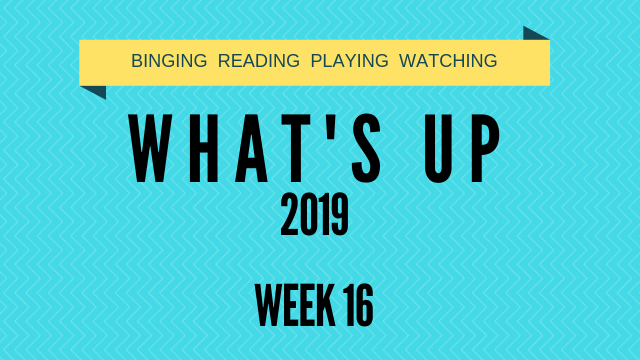 Overlapping long weekends are usually a great time to catch up on some work and for myself, it was time to finalize a lot of stuff thats been sitting around so suffice to say that I did get some TV and movies going but a lot of other things as well. Easter weekend is always that tricky time where its busy at work and never certain on what happens in general. However, there is a decent balance here. Although, there is a great tilt towards TV as that is one of the most effortless parts of my life and its always fun to put on in the background. 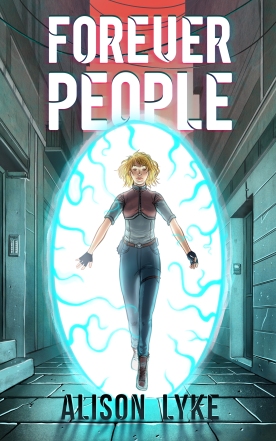 I’m still working on reading Forever People and very close to the ending now. The review will be going up later this week as part of blog tour.

We are working on shorter indie games in our backlog these past few weeks. I’m hoping to get a lot of the reviews done afterwards. Rime was a one that I started last year when we got it via Playstation Plus free games. I can’t remember which month but I was really excited about it. Overall, the game is visually beautiful and runs about 3 to 4 hours with a fantastic soundtrack but just a few little technical things that I’ll talk about in the review (at some point when I get it done). The playthrough however should be on the channel next week. Game Warp channel has The Unfinished Swan’s playthrough going up this week, in case you are interested.

A drop in movies this weekend and it had to do completely with me because I had a bunch of stuff to do and I didn’t want to start a new movie and not be able to focus on it or fall asleep. However, we did finally get around to some more titles on Netflix. I really don’t know which I prefer out of the two though, maybe holidays because the horror anthology had some really fun segments even if some of them were downright weird. But then, it was Easter weekend so Holidays sounded like a suitable choice.

Currently binging: The Brightest Star in the Sky, Put Your Head On My Shoulder, Great Escape, Master in the House, Produce Camp 2019, Z Nation (Season 1)

As with our main title up top, TV is yet again my most focused topic. However, this week I wrapped up two pretty good ones so I’ll talk a little about both of them. Go Fridge is Season 4 which is last year’s season. Its a fun little show where back to back episodes focus on two celebrities and their fridges and the content inside which goes between a talk show in the first part and then a team battle between the two teams of chefs as they make a custom menu based on what they’ve learned during the talk show part and the contents in the guest’s fridge and see which one wins. The second one which we binged in two days is the new Netflix series Black Summer, which essentially is set in the Z Nation universe and set before that show. I know that now because we started watching Z Nation after we wrapped up Black Summer. When I was doing research, it seems there’s a lot of criticism about Black Summer but with exception of some overacting, its a pretty decent show and I’d like to see a Season 2 for it. I’ll go into more details in the upcoming TV binge.

That’s it for this What’s Up!
We’re progressing slowly but work is a constant in my life with extended work hours and overtime so things are going to slow down especially in the next What’s Up.

What’s are you watching/reading/binging/playing? Share it in the comments below.