The story of sister and brother, Kate and Teddy Pierce, whose Christmas Eve plan to catch Santa Claus on camera turns into an unexpected journey that most kids could only dream about. – IMDB

An adventure this one definitely is. The Christmas Chronicles is a fun little adventure full of everything that we love. I have to say that Kurt Russell as Santa is a pop of difference. Judah Lewis and Darby Camp are great as kids. It gave me this whole vibe of what great Christmas movies that we love had especially when tackling the power of to believe in Santa. The story is a bit generic and expected but the enthusiasm and the pure humor of the whole thing along with all the fun action-packed bits definitely set it apart whether its racing down the streets in flashy race cars or commandeering a sleigh ride and the different aspects that gives it some fun moments makes it never forget what it is and stays true to its purpose.

The highlight of The Christmas Chronicles definitely hands down goes to Kurt Russell who truly takes us for a fun little Christmas ride as after the kids scare him and make him crash land in Chicago, to chase down his Santa hat, his reindeers and his bag of toys. With the help of Teddy (Judah Lewis) and Kate (Darby Camp), this adventure is kind of an interesting way to see Santa portrayed in a rather non-traditional way. Its refreshing and Kurt Russell’s version is so memorable.

Other than that, what I did like a lot also has to go to the computer graphics and how it makes up for all the cute designs here and just how everything comes to life. For one, the reindeers are done so lively and the expressions in their eyes are fantastic. Just like when we get to see these North Pole elves who have their fantastical language but all so unique in their design just like how they look so cute but have this very hilarious ugly side when the situation is needed. They are so cute and charming.

Overall, The Christmas Chronicles is a fun Christmas adventure. It has a lot of the Polar Express feels, especially because a few parts takes the music from that movie, especially with the same concept of believing in Santa and the power of this belief and trying to get someone (in this case Teddy) to regain belief. At the same time, it also has these musical moments where Kurt Russell has a singing moment. There are a ton of elements here. Its festive and fun and honestly, its been a while that I’ve felt like any holiday films released in the last few years has made it onto our annual holiday movie marathon, but this one definitely fits all our criteria.

The first movie to kick off the Halloween month is Netflix Original’s The Babysitter!

The events of one evening take an unexpected turn for the worst for a young boy trying to spy on his babysitter. – IMDB

Its undeniable that we’ve seen this formula quite a bit in the last few years. Rewind back to something like Better Watch Out (review) or this year’s Knuckleball (review), both having their individual twist on the “Home Alone” set in a horror concept. Except this one adds in one more twist that makes it a much bloodier affair while also keeping in the horror comedy subgenre. Netflix Originals have been iffy at best if we look back at the averages, but then I’ve only watched the romance and teen stuff so perhaps horror fares a little better. The Babysitter may have its flaws but it still is a satisfying comedic, over the top, horror affair. Hear me out!

First of all, if you haven’t seen Samara Weaving in Mayhem (review), then you need to add it to your to-watch pile pronto! That movie proves that she can take the bad-ass chick role in an exceptional way and add in some humor in the process. Its actually one of the reasons that I decided to watch The Babysitter. And being the leading lady here, lethal as heck may I add, she does a stellar job. In fact, she is one of the top reasons that The Babysitter is worth the watch. Not to mention, you need to take a look at the boy here played by Judah Lewis who also has some great tricks written for his character up his sleeve. We see him toughen up throughout the film and get over the obvious crush that he has over his hot babysitter. Aside from these two main leads, Samara Weaving’s character Bee takes on a high school crew consisting of some very familiar faces. The first being the constant Netflix appearing face, Bella Thorne playing a cheerleader who honestly plays a very weird and rather insignificant role for the most part. There is also Hana Mae Lee who plays the odd chick, similar vibes to her role in the Pitch Perfect movies. I do like her odd and awkward style. She falls really well into this role so it works with the balance of these characters. The last familiar face is Robbie Amell who is in so many things now including The Duff (review) who plays the tough and psychotic bad boy. There’s a charm to Robbie Amell that makes what he does work although I do have to say, he is lucky that this is a horror comedy which makes it easy to not take him seriously because that’s how his character is meant to be. 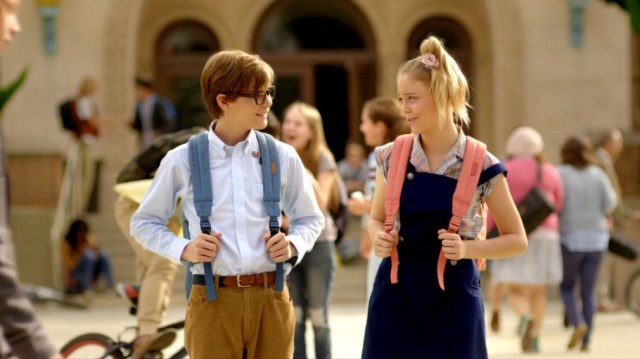 I’m a big fan of this concept of horror. The Home Alone twist and the confined and limited space as a film setting. At the same time, it adds in some over the top elements as well as a little bit of blood and violence and tension. To be fair, this movie did pull off some decent tension for the most part of it. It goes a little off rails at the end and the only thing I disliked about it was how they chose to end it. To avoid any spoilers here, let’s just say, horror movies like to do that and I hate it because most of the time, its unnecessary. Is The Babysitter an exceptional film? It probably isn’t. Many compare it as the lesser version of Green Room. I’ve never seen Green Room but that is on the watch list this month. Keep an eye out for my thoughts on that.

That’s it for the kick-off film.
The Babysitter is a horror comedy so a nice way to break into the horror month.
There will be some more intense horror as we move along, that I can promise you.

Have you seen The Babysitter? Thoughts?