I rarely do triple features but Netflix has been driving me nuts on movie expiration on January 1st. I’m literally racing with time and its hard to decide if I should be watching TV series or movies.  The movies that make the cut are the ones that I find intriguing or that I haven’t seen in the bargain bin because I’ll just eventually get around to buying it if thats the case.

Between watching Numb3rs (which I know I can’t get another 5 seasons done in 4 days because that would be insane), I managed to get these 3 movies in. Word to the wise, in order to enjoy happy holidays you really shouldn’t watch dramatic movies (aka As Tears Go By). 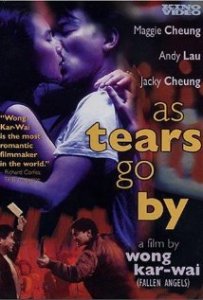 Mid-level gangster Wah falls in love with his beautiful cousin, but must also continue to protect his volatile partner-in-crime and friend, Fly.-IMDB

I’m going to confess right now that I’m not a huge fan of Kar Wai Wong (or maybe its just because I really didn’t enjoy 2046).  He makes some really complex movies.  I’m not saying I don’t like complex movies either because I like really messed up movies but his are just way too much for me.  I didn’t even know As Tears Go By  was his directorial debut until I was doing some research for this one. Before you start telling me, what about In the Mood For Love? I’m going to just tell you right now that I haven’t seen it yet so I really can’t tell you.  Its not for lack of trying to find it either.  I’m working on it. 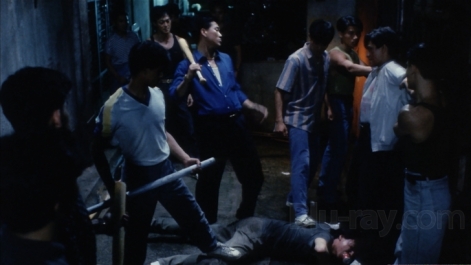 Either way, As Tears Go By is actually pretty good.  It has the last 80s-early 90s kind of Hong Kong film style of making triad/gangsters lifestyle and mixing it with the whole romance angle.  I can remember a few of those when I was a kid.  Andy Lau was at his peak during those times (and he is still talented as ever if not more).  Maggie Cheung has proven herself to be a great actress over the years.  There is no doubt the performances are fantastic.  As Tears Go By is a pretty intense movie to watch.  There was one part where it was really brutally violent (well, two parts) and I had to look away because it was just too much.  The connection and chemistry of the love story was good.

Apparently this is based on Mean Streets by Martin Scorsese but I wouldn’t know because I haven’t seen it.  The story is a little cliche but the style  for a directorial debut is there, along with the awesome performances, it is one of the more enjoyable Kar Wai Wong movies I’ve seen. Then, the next few directorial efforts: Chungking Express and Ashes of Time was pretty epic also.

Have you seen As Tears Go By? Thoughts on Kar Wai Wong? Any comments on Mean Streets? 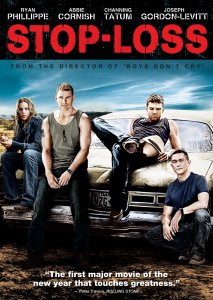 A veteran soldier returns from his completed tour of duty in Iraq, only to find his life turned upside down when he is arbitrarily ordered to return to field duty by the Army. –IMDB

I’m not very saavy about military terms but being stop-lossed is what it means to be ordered to return back to field duty.

Stop-Loss is a good drama.  I’m not one to like war movies but this is more of the impact of soldiers and how it affects their life afterwards.  Its an emotional and psychological toll more than its a physical one.  Sometimes, its enough and they want to return but circumstances are brought upon them differently and they have to go back to the field and thats exactly what happened here for the lead, Brandon King (Ryan Philippe). 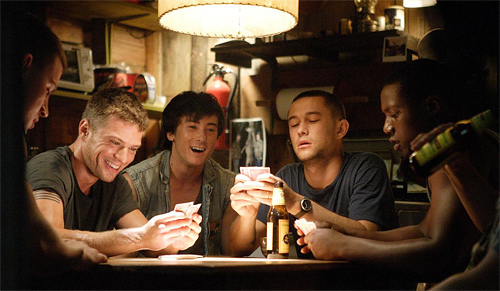 Watching Stop-Loss was pretty intense (and I watched it the day after As Tears Go By).  There’s a huge test here.  There is no way to escape being stop-lossed and if you do, its against orders so either way there is really no way out.  Its a complex issue in itself. Brandon King tries to run from it and the story makes us see his own struggles and just how much him and his team has gone through, the friendship its built and how its affected his brothers in the army with him.  It brings on a burden to his family and in the end he has to make the choice of whether to run away or to go back.  The story is the winner in this one.  It does try to cover Brandon King but also carries a little more with adding in a focus on Channing Tatum’s character and Joseph Gordon-Levitt’s character, which was also two very good performances.

Stop-Loss is a little heart-breaking to watch.  Its a lot to take in but the movie is honest and sincere and it really does bring up some complex issues that will make you think a little about it all.

Have you seen Stop-Loss? 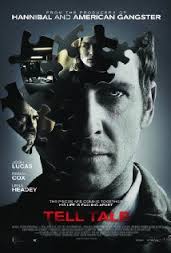 A man’s newly transplanted heart leads him on a dangerous journey to find out who murdered its donor. –IMDB

Tell Tale is supposedly based on Edgar Allan Poe’s The Tell-Tale Heart, which I haven’t read.

Okay, so how do I start this one? Lets say that I’m a little confused with how I feel about this.  On one hand, I thought it wasn’t all that great.  I predicted a part of the ending twist like halfway through.  Then, I’m trying to really understand the whole concept of how a donated organ, like the heart is what is compelling its recipient to act without control in avenging the donor’s death, in a way. Its a little far-fetched, but then I thought about The Eye and figured if I could accept that movie, why not this one? 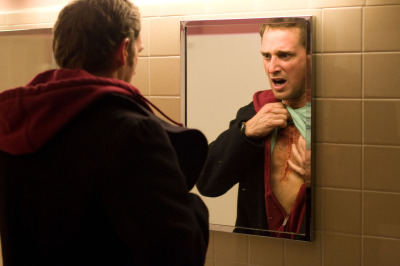 On the other hand, I really liked the performances.  Josh Lucas was great with what he had and Lena Headey was also fantastic.  My only issue was that it felt a little one dimensional.  Goodness, I never knew I’d actually know how to use this word related to movies.  The story itself is so slow, uneventful, predictable and just seemed like it wasn’t going anywhere.  I feel like I’m being harsh but this could’ve been better especially with the extraordinary cast they had on hand.  Everything that happened was really predictable even if there were moments, I kind of wondered what the whole deal was until it kind of started to make sense about the same time that I figured out that ending twist.

Tell Tale kind of put me to sleep a little especially when I really wanted to like this because it sounded interesting.  I just couldn’t get into it. Plus, its not a long movie, okay? So feeling boring and dragged out shouldn’t happen and it unfortunately did.

What did you think of Tell Tale?

Three reviews! I expected to make them a little shorter so I apologize if it was extremely long. Netflix is just killing me here.  So, after some late night movie watching and spending some much needed quality time with my boyfriend after a busy holidays running around having fun with family and friends, we sat down and binged through a few movies so guess what? Another triple feature tomorrow but I promise, it’ll be shorter 😉 At least I’ll try.

Ever since the start of the marathon I have been meaning to watch Session 9. The premise just looked really awesome. This weekend I managed to get my boyfriend finally sit with me to see it because I don’t do ones I find really scary by myself. That’s probably why this year hasn’t really creeped me out all that much. I had so many other flicks I wanted to see. Anyways, we chose this one. Lets see what its all about. 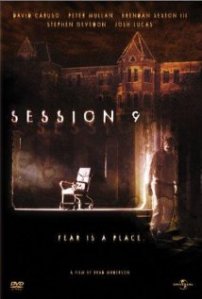 Tensions rise within an asbestos cleaning crew as they work in an abandoned mental hospital with a horrific past that seems to be coming back.-IMDB

Session 9 wasn’t what I had expected mostly because I kept thinking it would be something else. More in the area of paranormal like ghosts. I don’t know why. Maybe it was the location of an asylum that gave me that expectation. It would be the norm, right? That’s not a bad thing though. This turning out to be so much more and deeper really made it possibly one of the better movies in this marathon. I really don’t want to go in depth because the mystery really makes this one memorable and scarier in a mega creepy way. One of the few this month where I had my hand over my face because I wasn’t sure what would be around the corner.

Horror is always one of those genres where I never really know any of the actors. They will look familiar but I never remember from where. This one had one of those guys in there. David Caruso, main dude in CSI: Miami (which I hate) is in there for the fact that he usually looks more suspicious than the criminals themselves.  But we’re not here to discuss CSI, right? However, that appearance did also make his role here feel like he knew more than he was letting on.

However, as much as I’d like to think that the cast made this movie, the slow unveiling of the plot plus the tense and mysterious atmosphere mixed with the insane past coming back through investigation really made it go way above.  Its not gory but relies heavily on building up tension till the final ending which for once, I did not see coming at all!

I’m going to keep this short since I’m running a bit tight on time. Overall, Session 9 was absolutely awesome and I totally recommend it.  Its provides a great intense and creepy atmosphere and pulls you into the mystery and suspense of what its all about before it gives the big reveal at the end.  Whether you find the ending good will differ but I really liked it and found it was extremely unpredictable.  Loved it! 🙂

One more review going up later today with Halloween H20! Remember to check back! 🙂

Have you seen Session 9?