I had to take a break this weekend. Sorry about that. For many reasons, it was one I had wanted to focus on real life things. Happy stuff! Plus, it was super humid and hot so being in the office was like sitting in a preheating oven. Regardless, we stayed in mostly and did a lot of gaminh and cooking. Thanks to finishing up the last two meals from last week’s Goodfood box. 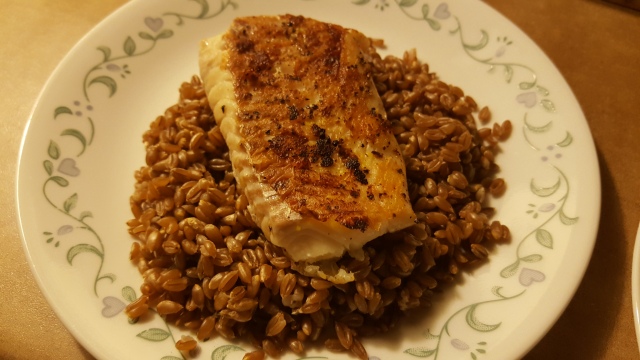 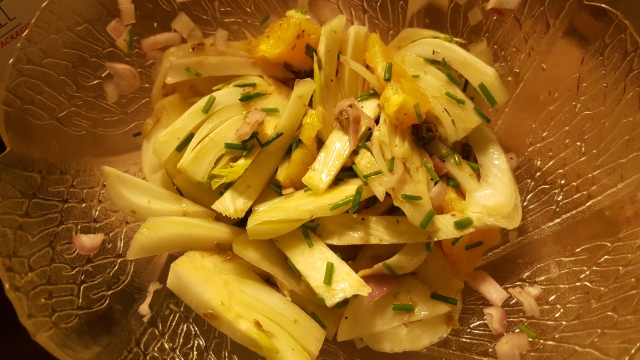 A lot of new or ingredients we rarely use for this recipe. Haddock isn’t our usual choice of fish. And the fish part of this was tasty. Farro was new to us and its pretty much like a harder texture of brown rice ( or maybe it is brown rice…I should research it further). I’m not a hard rice sort of fan unless its in sweet congee. I didn’t eat the orange fennel salad mostly because of the not eating raw veggies thing but my husband did and his words, it was okay. 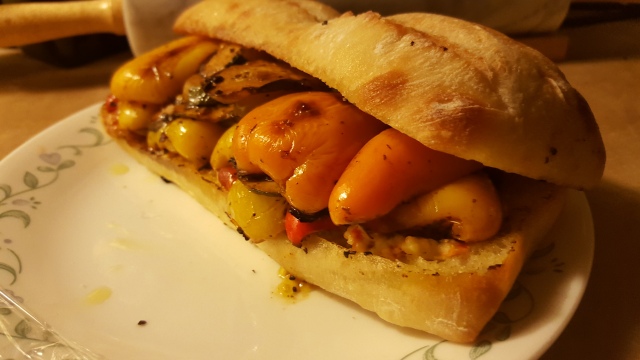 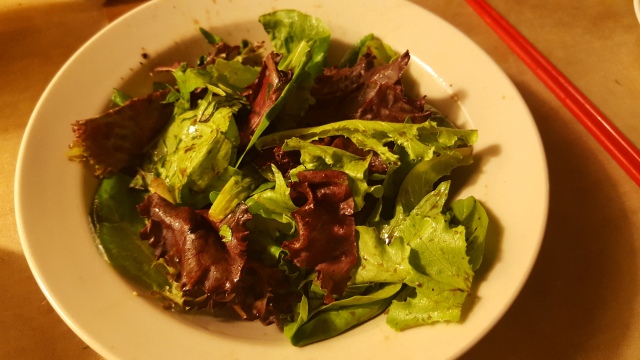 Easily one of our favorite meals from this box. Its also vegetarian so thats saying a lot. Its juicy. The bread is made with a crispy outer crunch and the veggies, peppers, zucchini and multicolor chery tomatoes had a nice balanced flavor. You can make this for a fancy bbq sandwich idea if you’d like plus, the sundried tomato hummus was absolutely heavenly. Yummy! 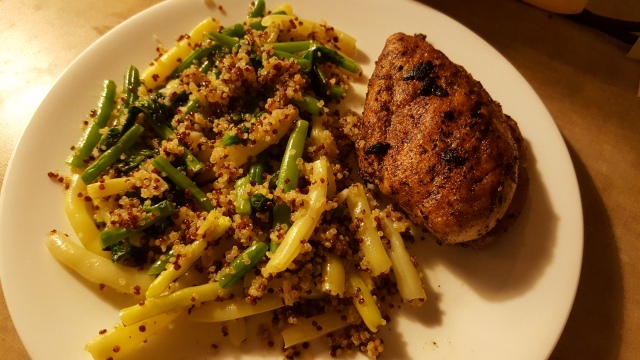 I’ve had five spices flavored stuff when I went to Hong Kong however, since my mom’s not much for spicing up food too much, I’ve never had much exposure. With that said, trying out five spices, it being a chicken dish and the fact that it had snow pea tips (which is one of my ultimate favorite veggies) made this one so awesome. However, we did make a little twist to this and cooked the snow pea tips as well with all the ingredients that would have gone in the salad which actually ended up fantastic. I’d do this one again any day. Now to figure out where to find five spices in the Chinese supermarket nearby. 😉 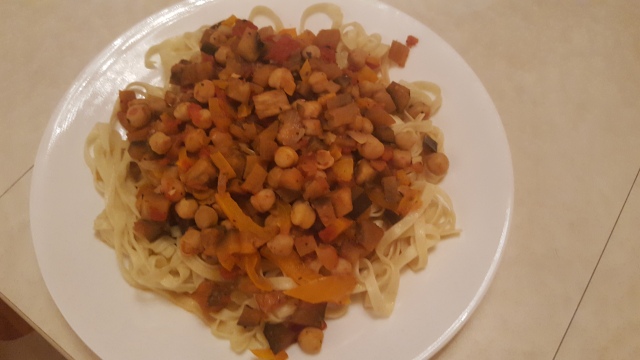 Definitely an interesting choice here. We’re big fans of fresh pasta. I’d like to say that we’ve actually been buying fresh pasta options more than the dry ones. We also don’t eat chickpeas or eggplants a lot either but this one had some nice spices. Not to mention my husband did a fine job of putting it together. Not sure what Lebanese Moussaka was before. In fact, I’ve never heard of it before and it was pretty good. Definitely a nice way to incorporate chickpeas and eggplants into everyday meals.

That’s it for this Goodfood recap!
It was a success with 3 meals that we absolutely loved and one that we liked well enough.