It has been a while since one of these What’s Up things. Actually, I had been putting them off as a buffer thinking that it had been so recent. Apparently, I was wrong. Either way, I was supposed to have a double feature go up today for Violet & Daisy and The Gift but it isn’t done. This week has been odd. Busy and crazy and yet not really  motivated to do much when I get home especially after working on my family’s income tax since I’m the numbers person in the house. It isn’t particularly complicated, just time consuming, especially when my real life job is of the number-crunching variety and it has been super busy as well.

Aside from that, this morning has been just really ridiculous. I don’t want to complain but its one of those, “Can I just crawl back into bed?” days. However, I do have one other post that needs to get up in a timely fashion for Game Warp stuff. If only Google Drive app didn’t want to be stupid this morning, it probably would have been fine. Okay, I’ll stop now.

Anyways, not really sure what to do for this What’s Up segment but let’s give it a go! 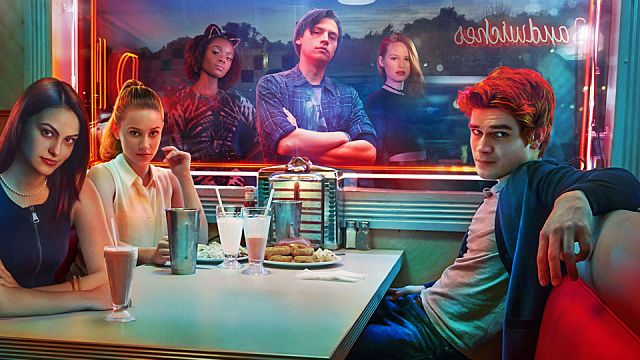 Riverdale is in its last few episodes before Season 1 ends. I’m really looking forward to writing up that post, while I have a feeling, I need to rewatch Season 4 of Gilmore Girls at this point. I’m getting all the seasons mixed up together and its why those recaps aren’t up yet. The Client List is still happening but I took a break because I need to write Season 1 recap and Season 2 is having a pretty slow start. For something more light and fluffy, I’m watchingt his Hong Kong series called The Neighborhood. Its not great but it is a ton of fun to watch and a change in pace from the norm. Especially as I wait to go home and watch the next episode of Riverdale tonight. Actually, I haven’t finished Gotham Season 1 yet but I haven’t watched that for over a month, not sure it still applies as binging it 😉

Freshly started reading this graphic novel this morning! Titan: An Alternate History from AH Comics and also one that I picked up at Toronto ComiCon. So far, I’m about halfway through and it is pretty good. Very creative and the art is fantastic. There’s this really cool contrast. Anyways, not reviewing it now. I’ll do it soon once I’m done. It has been quiet on the reading front mostly because I’m waiting for my f-ing books to arrive and its one of the reasons that has me a little down. Although I’m a little better now. #firstworldproblems, am I right? 😉 Anyways, the resolution now is a replacement order which I’m going to pick up at an Indigo store myself because apparently our postal service can’t get these orders to me without any hiccups.

No complaints…I’m taking a deep breath…let’s continue! I am thinking of starting Ready Player One and Cinder now. However, there are 3 books that take priority to it because some of our darling bloggers and writers were kind enough to send them to me to review so I’m stoked about that.

See, I told you this would get positive. 😉 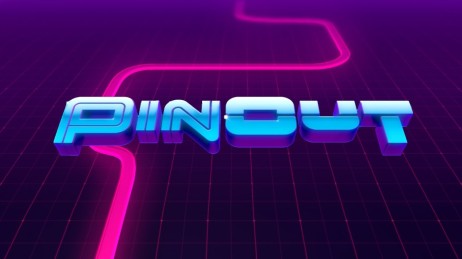 I’ve been absolutely obsessed with PinOut which is a mobile pinball game on a time limit. I actually beat it just the other day and went into overtime, which I have no idea what that means but I’ve been jumping back into it and trying to unlock a few more achievements plus its just a really nice game to pass short bits of time. On the other hand, I’ve been spending lots of time on Steam. April’s Game Warp featured game is Guacamelee: Super Turbo Championship Edition and I only have just a bit left. Battleblock Theater is one I finished Chapter 1. I don’t think I can do chapter by chapter playthroughs as it gets harder but the first chapter was decently fun and simple.

However, I did get a stream for Guardians of the Galaxy: The Telltale Series – Episode 1 which was released on Tuesday. I actually posted up the playthrough. I had to remove songs because it turned on copyright claims so I’m sorry if its boring and if you sometimes hear me snickering in the background. It was the footage from the stream.

I’ll be doing an overview and quick review of Episode 1 over at That Moment In soon. Its been a tad busy and a few things to roll out before.

I’m still following The Voice Season 12. There’s some pretty good talent although a good part of the ones I like are gone. My fave is Johnny Hayes who unfortunately got cut. How I stay positive is that even though he is cut at least I now know of his existence and that he actually is in a band and I’ll be following that. His voice and style is awesome. Seriously love it! 🙂

That’s it for today!
Writing this up has been fun and honestly, I’m feeling a lot better. But its time for a little chill session.
One of the reasons for some structural change here is to make it stay fresh and fun.
I’ll make up for the missing segments in the next weekend. Gotta get some of the backlog out.

What have you been watching, reading, playing and/or listening? 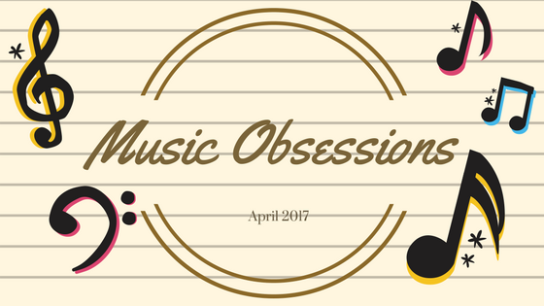 It’s April everyone! I can’t actually believe it! Can you? These Music Obsessions thing swing by so fast and for possibly the first time this year, I feel like I actually have a bit of music going on right now. Maybe it is because I started watching this season of The Voice and its been a pretty cool experience. There are some nice talent there. I can only hope The Voice won’t disappoint me like American Idol did many many years ago when I decided to just stop.

Enough of this rambling! Let’s check it out!

Back to Me – KSHMR & Crossnaders ft. Micky Blue

How Does A Moment Last Forever – Celine Dion

And for The Voice Season 12 performances I’ve enjoyed…

There might be a few more but I’ll end it here. I think its enough music for today! 🙂
Hope you enjoyed it!

What have you been listening to lately?