Welcome back to the horror marathon 2017!

If you’ve noticed, I tend to avoid the main headliner over the weekend so we’re taking a look at a random movie pick. I have some boring days that I just need buffer movies and I decided to give Shark Night a go. For one, the cast are a lot of younger actors and actress that I’ve seen over a few teen TV shows. I can’t say they are great but hey, why not, right? Usually silly shark movies are right up my alley and I tend to be incredibly forgiving of them or I just laugh at them. Its all around a cool time. 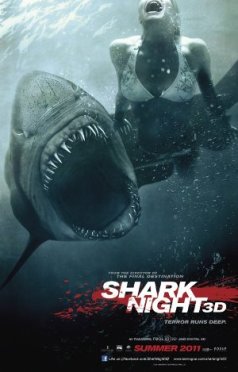 A weekend at a lake house in the Louisiana Gulf turns into a nightmare for seven vacationers as they are subjected to shark attacks. – IMDB

I have to admit that I used to take more chances on shark movies or just you know, abnormal ones. It might be the fact that Piranha DD in particular made me hesitate on choosing more of those so pardon me when Shark Night 3D didn’t quite make it on my radar. And man, its rightly so. Shark Night does have a lot of familiar names if you are into those TV series like I am. Dustin Milligan and Chris Carmack was in 90210 (the reboot series that ended a few years ago) and Katharine McPhee won some Idol or was runner-up maybe. Sara Paxton seems more familiar and I still can’t peg where she’s from. While we have Chris Zylka who plays in a lot of series that don’t seem to last too long like The Secret Circle and he was in that dreadful Piranha 3DD that I was mentioning before. I get that movies like this one isn’t really expected to be good and overall, it really does suck, especially when Donal Logue is Harvey in Gotham now and he’s part of this horrible film that had so many dumb moments. 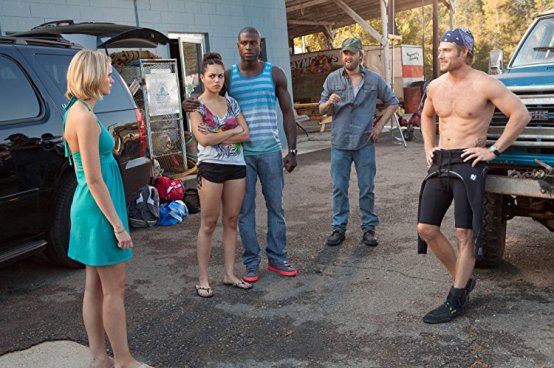 I’ve been known to also like dumb shark movies, you know, like Sharknado. But I think the difference I always talk about is that this movie tries really hard to be serious. The other one was meant to be bad and its perceived as bad and yet, they  make some ridiculously great moments that are pure over the top and goofy in so many ways. Shark Night tries really hard even for a college party film gone wrong. Sure, there’s the whole mystery of how did a shark (or wait, sharks) get into the lake but its really expected considering they opened with a shark kill. Shark Night does nothing different with its formula and in fact, it doesn’t even really take the time to get to know these characters other than the fact that you have the nerd and the jock and the girlfriend and the mystery girl and the slut. You know, the normal group that gets picked off one by one. Its not really like you can cheer for anyone of them in particular even you kind of already expected who would make it out.  Of course, we always meet the creepy weirdos of the town at the gas station who you know right away are the bad guys and yet, these crazy college group just trusts them after their surprise appearance after the first attack. Like I said, nothing revolutionary. I didn’t quite expect the twist they had but it wasn’t really executed in an effective way either. 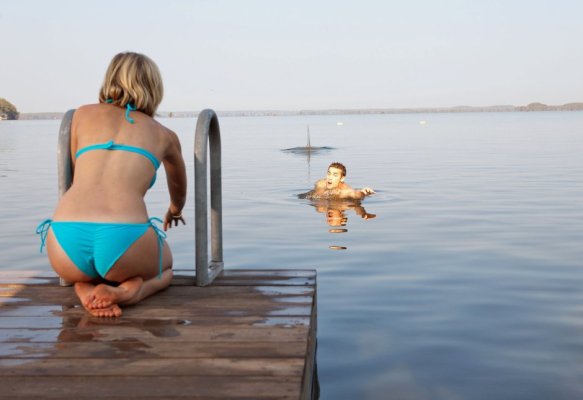 To be fair, these films aren’t any pieces of art and I understand that so I don’t think its fair to expect it to be a masterpiece. My point is that even in this realm, it takes itself far too seriously and has a lot of pacing issues and there’s not really anyone you want to fight for. But its main issue is that its just boring. So boring. I predicted when everything would happen and even with a cast that has made some decent stuff here and there regardless of the big or small roles, I definitely appreciated seeing everyone of the familiar faces somewhere else. Shark Night isn’t my fave. I guess, its back to Sharknado for me. The 4th Awakens is on this year’s horror marathon to-watch list so that’s coming up. For newcomers, I never get away with horror marathons without at least one or two predator films and this year apparently lands on 2 shark films.

Have you seen Shark Night? If you saw it in 3D, did it make it a better experience?