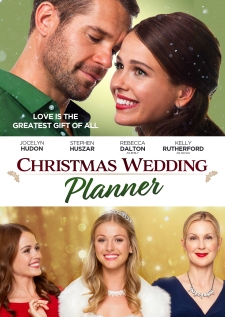 Wedding Planner, Kelsey Wilson, is about to have her big break: planning her beloved cousin’s lavish and exclusive wedding. Everything is going smoothly until Connor McClane, a devilishly handsome private investigator, shows up and turns Kelsey’s world upside-down.  – IMDB

The good streak of holiday films plummets with Christmas Wedding Planner. It falls into the incredibly predictable movie even more than any other ones I’ve seen. There’s really awkward chemistry and lacking of romance also. I’m not exactly sure where to start. It did a few redeeming points and moments so it wasn’t something I hated just something I probably wouldn’t want to watch again. 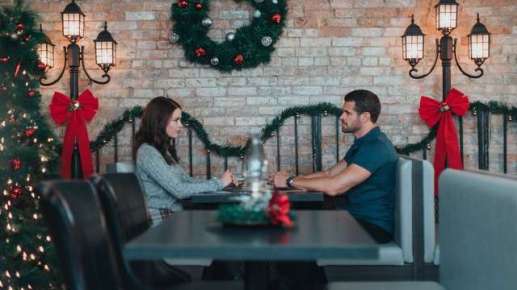 Most of these holiday romance movies are already quite predictable and that is a given. It usually doesn’t bother me too much because the formula it has works when it pairs up a charming pair, a few funny and heartwarming moment and things still feel fun to watch because of this natural chemistry or whatever supporting cast and shenanigans and situation that it is in. Christmas Wedding Planner is missing a few of those elements. It feels a bit disjointed because the story does jump around fairly fast but then if it was longer, it probably wouldn’t have changed much for this story. It is really where it falls flat because it is about as generic as generic can get. On top of that, the cast itself didn’t really seem to be feeling it. Kelsey (Jocelyn Hudon) and Connor (Stephen Huszar) on paper did have dialogue that normally would be relatively okay but then some of the dialogue felt like it was so rehearsed that it didn’t feel natural anymore. That is where my problem with this works because they both look great together and when they aren’t talking and just looking at each other, you can feel the chemistry a tad but then the script kicks in and it just knocks it all down.

The saving grace here though, despite the script is Kelly Rutherford as Aunt Olivia. Kelly Rutherford has this elegance and charm that radiates through her role and it works with the role she is playing as the controlling and disapproving aunt and somewhat seems to have a change in her role towards Kelsey at the end. The other is Joey Fatone who is really just a supporting role as George, Connor’s brother but somehow it was fun to watch him do his little bit.

Overall, there isn’t much to say about Christmas Wedding Planner. I don’t have a whole lot that I liked about it. In terms of holiday, this is about a holiday wedding so there was a whole lot of that going on. The wedding dress and outfits are pretty nice. However, it was the script and the lack of chemistry between the romance interest in a good few moments that pulled it down for me.