Up next for double feature is the J selections! 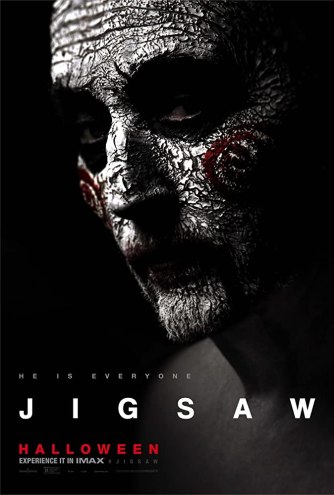 Bodies are turning up around the city, each having met a uniquely gruesome demise. As the investigation proceeds, evidence points to one suspect: John Kramer, the man known as Jigsaw, who has been dead for over 10 years. –IMDB

Seven years after the seventh movie of this franchise, Jigsaw arrives. I’m not going to lie that I was a bit skeptical about how this could go considering that I found the last few movies of Saw a little bit meh. It still had some fun elements but it had a significant drop in horror value since the first Saw movie. To be honest, what is there to expect from Jigsaw? Its an attempt to revive the franchise and it picks up over 10 years after John Kramer is expected to be dead. For the most part, it does work pretty well and exceeded my expectations from it. It was a fun time with some decent traps and the whole twist at the end really comes together as its both a police chase and the game playing out together.

Jigsaw’s good bits are definitely in the escape room style and goes somewhat back to its roots. In this one, the group all start chained together and starts to realize that they all have some crime that has caused them to be in this position and its their way to admit those faults, whether they can get out or not is of course, pretty much set in the game. Each of these games as they move from one room to the next is a step more dangerous than the previous one and its a good structure. It brings in a lot of tension mostly from how each of these games play out because honestly, the outcome of these characters are fairly predictable for the most part. Plus, the gruesome and extremity of each trap is usually where movies in this franchise excel and this one is no exception.

The whole police section of the movie that plays as the outside factor of tracking these captured victims is a whole other level. It all dials down to figuring whether its Kramer behind all this as well as finding each of these victims and ends up where it all starts and cycles back into a twist as the story comes together. The story itself, especially the twist, was quite fun as a reveal. It became a little more apparent where it was going but then there was still a bit of surprise and cleverness which is always appreciated. Jigsaw was a fun comeback for the franchise and it’ll be interesting to see where they take it from here. 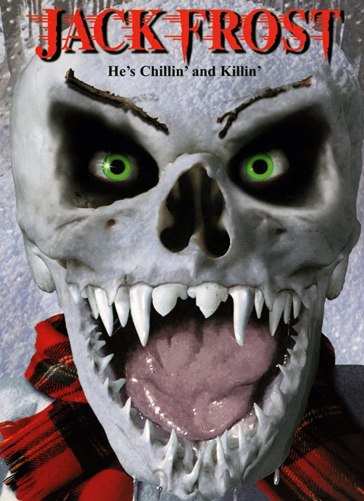 I’ve been some pretty odd choices for Shudder, most of them being quite random. The J selections on Shudder is rather limited and it was between Jack Frost and another French horror that I’ve heard mostly bad things about so here we are, heading back to 1997 to watch the horror Jack Frost. This one is silly and low budget. There’s not a whole lot to be scared about and its not extreme or anything.

There’s a lot of overacting and a lot of it is really odd, especially in buying into a killer snowman deal. Sure, there’s a little more to it than that but still, its watching a snowman, cut to a puddle of water and then hear some sound effects of it moving into another area. The connection of water and snow all comes into play in its different forms and in that sense, it does make a snowman a pretty lethal deal if it can move like it does. At the same time, its a bit hard to buy into it since this is some guy who gets hit by some experimental acidic solution.

Luckily, the movie itself doesn’t seem to take itself very seriously as this is categorized as a horror comedy. The whole idea of it is being mostly entertainment and the so bad its good variety. Jack Frost is very bizarre and I’m not exactly a huge fan of it. It has its fun moments because of the obvious low budget and how its all executed. Its mostly pretty ridiculous in some of those plot points and how the people get killed which makes it all the more funnier, in the laughing at the movie way and not the having a lot of fun way.

That’s it for this double feature!
A good pick and a meh pick, right?
Have you seen either of these movies? Thoughts?

Welcome back to another week of What’s Up 2020 as we look back at last week. In terms of entertainment, I’m definitely doing a lot more of everything. My time management does leave a little bit to desire though as a lot of things sitting in the to-do list. The next two weeks is something of a crunch time at work, its only going to slow down from this point until July. Before we get ahead of ourselves, lets check out what’s up! 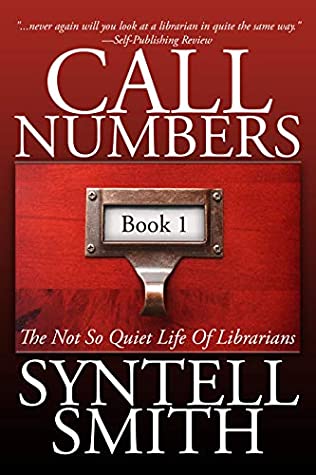 Currently reading: Call Numbers: The Not So Quiet Life of a Librarian

I’m going to flat out say that I did some massive push on reading the last 2 weeks so I didn’t get around to much reading this week. I might have advanced a chapter or something. Not enough to say anything too significant at this point.

Currently playing: Ori and the Will of the Wisps

I actually 100% completed Hidden Folks. I wrapped up the On Tour DLC which was a lot of fun to do  and then realized that I hadn’t finished a previous level so went back to do that. Hidden Folks is always a fun and silly gaming experience that makes me laugh. Its just a black and white funkier hand-drawn version of Where’s Waldo but its just so silly with all the characters you need to find with the quirky clues that its always so impressive.

As for upcoming game to play, I HAVE TO start playing Ori and the Will of the Wisps as I’ve been pushing it back over and over again and I’m a bit tired of this unnecessary procrastination. 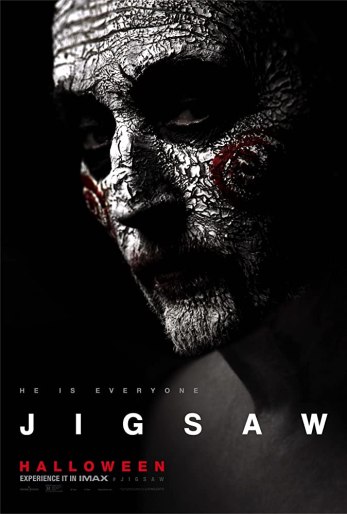 As you can see, the most abundant section goes to watching movies, which is something of a change in normal pacing as usually movie watching has been very minimal. I needed to catch up with it for upcoming double features and whatnot. I watched a few meh movies and then some odd ones as well but then one of these is for Movies and Tea. To be fair, I had some surprising hits like I Kill Giants, Jigsaw and I Know What You  Did Last Summer. I chose I Kill Giants for the Friday Film Club pick so you can check out the link above. I may have a more fleshed out review when I do the double feature. As fun as I Know What You Did Last Summer was, it was very much the expected 90s cheesy slasher flick that I enjoyed whereas Jigsaw had a few bad movie sequels in the first run so I had very low expectations for this 2017 continuation which turned out to be really fun to watch and I enjoyed it so much more than I thought I would.

Currently binging: Go Fridge 6, You Are My Destiny, Me To Us, Produce Camp 2020, We Are Blazing, Woof Meow Story, Mr. Fox and Miss Rose

Nothing feels better when things around are fairly negative than a new season of Queer Eye. Season 5 of Queer Eye arrives at just the right time with 10 episodes in a new location, Philadelphia. Bingeworthy as always, of course and I’ll be getting the TV binge for this up soon.

As for the currently binging section, Me to Us is going to be ending soon and that one has really caught my attention. I have a band or two that I hope will win this whole thing in the final episode coming. At the same time, the newest addition to the list is Mr. Fox and Miss Rose that I was a little hesitant to start but has proved very light-hearted and binge-worthy. Its a little bit of a fish out of water story but also a little bit of gem-hunting schemes and mixed with some romance which blends pretty well together. I’m past the halfway point and its still going pretty strong so really looking forward to see where it will take the story. Everything else is still pretty fun to watch in the currently binging.

That’s it for this weekly recap!
What have you been reading/watching/playing/binging?

We always kick off the Horror Marathon with our headliner! This year is Saw in case you missed the announcement yesterday. If you did, you can get a sneak peek of a few upcoming entries as well. I’m still in the process of watching as I’m drafting this review up so even if you asked me for other titles, I might not be completely sure. So let’s all be surprised, right? 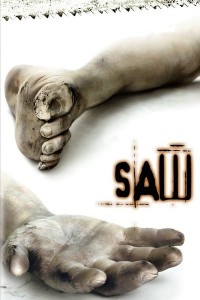 Two strangers awaken in a room with no recollection of how they got there or why, and soon discover they are pawns in a deadly game perpetrated by a notorious serial killer. – IMDB

Cary Elwes and Leigh Whanell! Wow, it sure shows how little I know about Saw. Right off the bat, Saw starts off in tense moments showing us exactly the intricacy of Jigsaw’s plans. By the time, we get to Cary Elwes as the doctor and Leigh Whanell as the photographer trapped in the room with him, it starts being more psychological. If anything, Jigsaw and the Saw franchise is who started the escape room craze in an extreme way of working together and just with incredibly higher stakes. Saw is a psychological journey and a pretty tense and smart one at that. Jigsaw puts down these elaborate plans to reveal these characters’ secrets while using it as an extra layer of his obsession to push his captives to fight for survival to cherish their life. 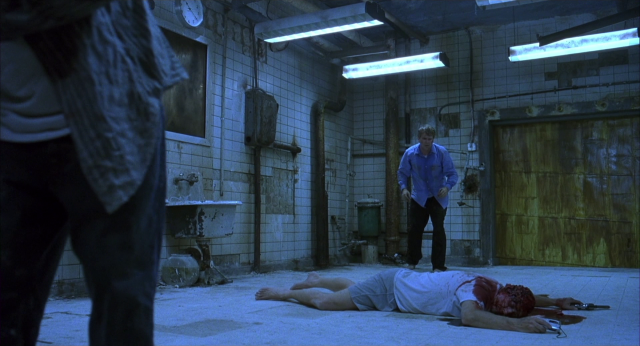 Based on this entry piece for Saw, its not hard to see how this had a sequel. Jigsaw is still a huge mystery and that is mostly because his game gives his characters many layers to learn about and build up. Just like our two captives here. Both Leigh Whanell and Cary Elwes delivers some great performances. Sure, there are some over the top moments but somehow they all seem deliberate to either create some humor that could break the tension however, humor is definitely far and few here. On the other hand, the captives are also followed with a back story of sorts as we follow the detectives who try to track down Jigsaw played by Danny Glover and his partner played by Ken Leung. It is also through the investigation that we learn a little more about Jigsaw. 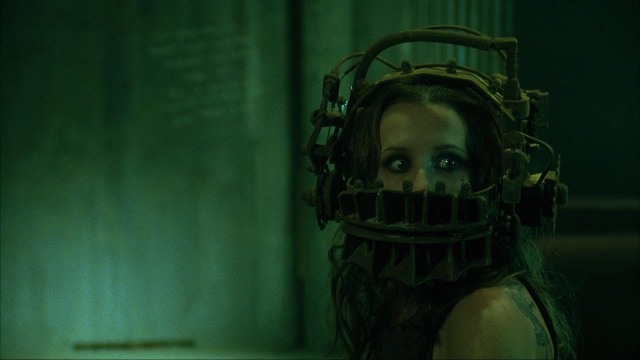 Perhaps here is the perfect place to talk about the story because James Wan and Leigh Whanell truly write a fantastic story. Its twisted and intriguing. Its characters are unraveled in a great pace and have enough depth to make them both mysterious and suspicous. As great as the actors here are, it does help that the script is very strong.

Overall, Saw is a great way to start a franchise and it will be interesting to see where the story goes next. Sequels rarely are as strong as their first part so I’m going to keep my expectations tame for Saw 2. However, for this marathon, its also an awesome to start with something both psychologically thrilling and disturbing all at the same time. I’m starting to feel a little silly that I’ve put off watching Saw for so long.

Have you seen Saw? Which is your favorite entry of this franchise?