December 1st is apparently the big day of when a ton of movies expire on Netflix. So I had to make choices.  Not sure if I made the right ones BUT if Audrey Hepburn’s movie is ever going to expire, you can expect that is the first one I’ll watch just to make sure I get it in, because I just love her so much. So yeah, Paris When it Sizzles was going to expire and I watched that one.  Then on Sunday night to relax and clear my mind after NaNoWriMo craze with Take the Lead, a dance movie with Antonio Banderas.

Hollywood producer hires an often drunk writer, Richard Benson to do his next screenplay.  Days are left before the deadline and an assistant, Gabrielle Simpson is sent in to help him finalize it. Much to her surprise, he hasn’t even started it due to writer’s block and having a little fun. With her push, she tries to inspire him to write the script while using themselves to figure out how the plot should go.

This is not anywhere near as awesome Breakfast at Tiffany’s or Roman Holiday, I mean those are masterpieces. Paris When It Sizzles is still extremely fun to watch.  Audrey Hepburn and William Holden go between present day where they are formulating the plot together while learning about twists and dissolves and all that, while jumping to the fiction world of the story playing in front of our eyes. Whats kind of cute is how they make references to movies that Audrey Hepburn’s been in.  Maybe even William Holden but I’m not familiar with his. Its a witty and fun little piece.

I have an immense love for Audrey Hepburn.  She’s like my ultimate girl crush.  Even my boyfriend who experienced half this movie with me and well, his first Audrey Hepburn viewing thought she was a pretty lady.  Seriously, she brings in a movie in the most funny and absurd plot ideas they come with, and she just shows so much class and elegance that its really hard to not like whatever she’s in.  Of course, thats just me. 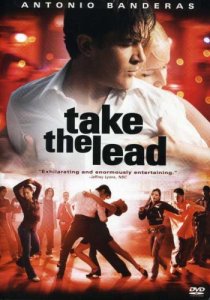 Dance instructor, Pierre Dulaine (Antonio Banderas) volunteers to take over the detention for some troublesome high school students to teach them how to ballroom dance.  Although, not supported at first, he teaches them trust, teamwork, dignity and self-respect in the process. 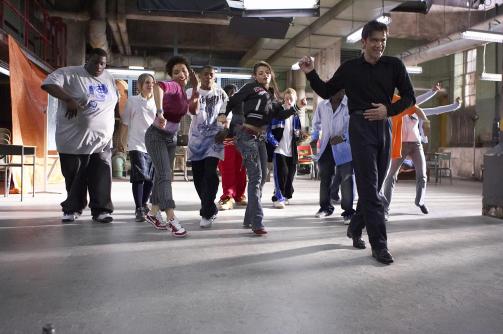 I’m a sucker for these inspirational true stories.  Freedom Writers is the first the pops in my head but this one is really good too.  Its normal and possibly predictable but the message is what is important here. Sometimes thats really what I ask for.  Most of the time, when I know what I’m heading into, my expectations change a little, as I believe it should be.  Its like when I watch Sharknado, I don’t hold the same expectations as when I watch The Last Emperor (just putting an extreme out there). Inspirational movies can get formulaic but the characters themselves, when they do carry a great charisma to the screen, it connects well with the audience.  I was impressed by Antonio Banderas and even the group here including Jenna Dewan, Rob Brown, etc.

I have a take a moment and talk about this charming man, Antonio Banderas.  Its a bit embarrassing to say that the closest thing I’ve ever seen of Antonio Banderas (other than in magazines) is his voice work for Puss in Boots. I always found he seemed a little dated.  Like he’s not a hot man or anything (at least not to me) but after seeing Take the Lead, he definitely has charm. He carries the old-fashioned gentlemanly charm very well.  There’s something that makes him very appealing to watch.  I think I’ll seek out more of his movies 🙂

I’d gladly add Take the Lead to my collection.  It seems Jenna Dewan-Tatum is invading my life without my knowing though. Haha! I didn’t know she was in this one and I’ve been binge watching Witches of East End.

Overall… I liked both of them.  They were fun and entertaining.  For Paris When It Sizzles, it actually inspired me to break my writer’s block while I was putting together the final bit of my NaNoWriMo novel, while Take the Lead just made me want to learn ballroom dancing even more.

Have you seen Paris When It Sizzles? How about Take the Lead? Any fans of Antonio Banderas? Mind sharing which movies you like of his?

Channing Tatum is red hot now.  Looking at some of his movies, I’ve seen a few here and there.  I never really got into him as an actor, although he has an attractive factor to him.  Seeing as I love dance movies, my boyfriend was shocked when I told him that I hadn’t seen Step Up.  It made it to the 4th movie last summer afterall, maybe it was time for me to dive into it.  Magic Mike proved to me that Channing Tatum could dance, so why not give him a shot at Step Up, right? 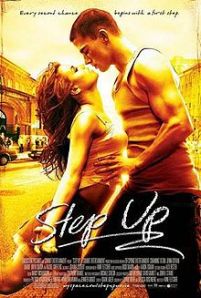 Living in the less fortunate areas of society in a foster home, Tyler Gage (Channing Tatum) spends his time earning money doing illegal activities with his buddy, Mac (Damaine Radcliff) and his little brother Skinny (De’Shawn Washington).  After getting kicked out of a party, they end up breaking the window accidentally to the Maryland School of Performing Arts and ends up vandalizing their theatre.  When Tyler helps his friends escape but end up getting caught, he ends up having to pay with community service hours cleaning at the place that he committed his fault.  Its there he meets Nora Clark (Jenna Dewan), a senior class dancer preparing for her final number in order to pursue her dream as a professional dancer.  When her partner sprains his ankle and can’t join her, she needs to find herself a partner but none of the dancers that are willing to help her fit the part, until Tyler offers to help her rehearse as a replacement.  At the reluctant approval with the director of the school, Director Gordon (Rachel Griffiths), they start rehearsing and start to know each other.  As Tyler merges with this new group and sees new possibilities, he also struggles with losing his own friends and their support.

Wow, such a huge synopsis for a very simple movie.  I watch these movies in abundance and own probably the majority of them.  These inspirational youth flicks are something I watch a lot.  I never expect much from this movie genre (does it even have its own genre?) but just take it as a relaxing time to listen to some cool music (most of the time), some dancing and singing and some silly flirting.  Its always fun when I just shut off my mind of most criticisms. 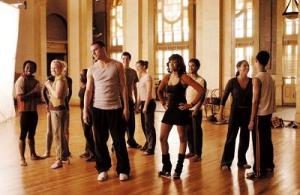 This movie had a lot of pretty nice characters.  I actually didn’t really hate on it much.  The only thing I don’t like is that Channing Tatum talked like Paul Walker in 2 Fast 2 Furious, trying to be all tough, I guess.  I don’t know how to describe it.  Either way, he did dance pretty impressively.  Plus, he was with quite the beautiful co-star Jenna Dewan (who I learned on IMDB) is now his beautiful wife in real life.  Ah, romance from acting, right? Nice!  I haven’t seen her anywhere before this but she was good in what she does.  She’s a very elegant dancer.  I enjoyed the supporting cast as well.  Mario played Miles and the guy who makes the inspirational music in the movie.  I love the last song. Whether he actually mixed that song, I don’t know but I loved that final dance scene’s song.  Its in my MP3 on repeat right now. Now I’m talking about music…Fair to say, music was pretty good and the characters were decent.

These stories are enjoyable because they are simple.  Its all about inspiring people that its possible to chase your dreams with hard work and a bit of luck.  Its inspiring to watch others succeed in the performing arts.  Of course, I mean, not everyone gets to be lucky and do what they are passionate about.  I will never be the one to believe in dropping something completely and doing this..its how I was brought up, although as I’m learning how to find my passion and do something meaningful with it in my life, these style of movies really become quite charming and fun. It becomes a personal thing…I can’t really see if others will enjoy it as much as I did.

Step Up is pretty cool! I would definitely rewatch it when I have spare time.  Its not epic and its not anything fancy, its just a fun dance/music and inspiring movie (if you buy the concept and like this sort of thing).  It worked for me! Channing Tatum does a pretty decent job here (plus, he even has a ballet scene doing plies).  He has a very pretty and talented dancer as his co-star. Its just a nice movie to sit back, relax, listen to some music, watch some dance scenes and  see the inspiration and of course, love 😉

Do you like these music/dance/inspirational movies? I don’t know what to call them.  Do you have a favorite? How about Step Up series, have you seen them all or some of them?