Another week as passed. Festival du Nouveau Cinema is now behind us and having a sudden drop of a little remote coverage for Toronto After Dark (which is ongoing currently) for short films, we’re still in a heavy watching action. Of course, Toronto After Dark also is mostly horror films so that fits with the Halloween marathon. A lot of other stuff was going on at the same time so lets see what happened!

Slowly getting back into the reading vibe! There’s a few blog tours coming up and other reading commitments. I was pretty close to deadline for Hope but it all worked out and actually was a really nice thrilling read. Right now, I’m in the first of 3 novellas in the Murder of Montague Falls novel. So far, its pretty neat and very matching to the Halloween horror sort of vibe so thats coming up as well.

I’ve been revisiting the Cube Escape series in an attempt to review them. The best way I’ve figured out is to just go at it through the Mobile Games Round-ups which keeps them fairly contained, almost capsule reviews, style and still share some of them in case some of you haven’t checked it out and are looking for something fun. At the same time, I also wanted to play their latest one which I happened to have backed on Kickstarter and never got around to playing so I wanted to replay it from the beginning to piece together the story again. Four games in so far (Cube Escape series) but there’s still a good deal of not only Cube Escape but also the full games on Steam.

Crazy long list this time! Its why I decided to separate them by full features and short films and which festival they belong to. In terms of Festival du Nouveau Cinema, the story that touched me the most is Mickey and the Bear! Hands down, the one that hit me the hardest and it being a directorial debut really shows the power of new eyes in cinema coming up on the scene to look out for. At the same time, J’ai Perdu Mon Corps and Sole are two that I liked a lot also. The former will be landing on Netflix as an Original film so that’s pretty exciting (especially if you like French animation).

As for short films, my fave probably would go to We Three Queens for the holiday horror element that hasn’t been looked at before (at least I haven’t seen it), Turbo Killer for its exciting visually stunning, fantastic music video style creative sci-fi story and well as for horror drama-ish with tons of creativity, La Noria takes that one without any doubt. 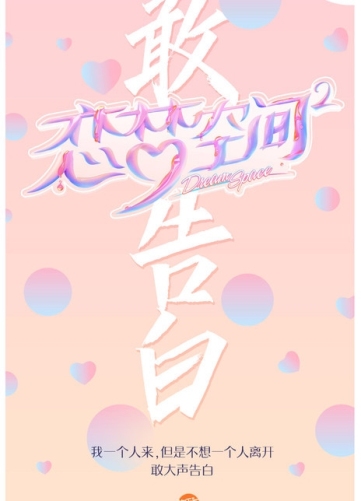 Feeling quite nice nowadays as the whole TV binging thing has been much more toned down at a normal level. I wrapped up Well-Intended Love, which I felt was a few episodes too long and really did lack a lot of the whole chemistry and whatnot that I would have liked. I didn’t really hate it but just slightly indifferent about it, I guess. We’ll see where Season 2 goes, I suppose as that’s in filming now. However, my choice goes to Dream Space 2 which definitely had its up and downs. Its not quite as entertaining as the other shows of the same style (or even its first season) but I had some participants that I was really liking a lot so hoping that their whole leaving the show together will result in some happy ending in the future.

As for currently binging, I let the husband choose the next show to binge together and he went for Creepshow on Shudder. We’re three episodes in, which is 6 stories and I have to say that while its relatively fun to watch, its a lot of hit and miss but I think it all dials down to what type of horror you enjoy more of.

That’s it for this What’s Up!
Its been a crazy busy week with one more of the same to go as well as wrapping up the final few bits of Halloween month!
What have you been reading/watching/binging/playing? 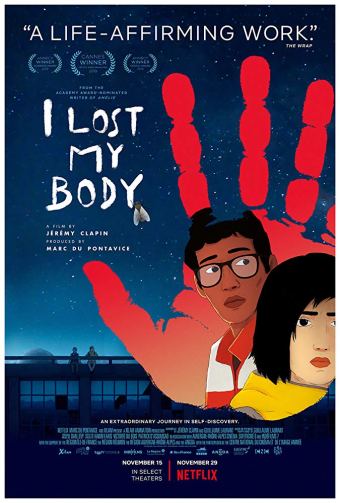 A story of Naoufel, a young man who is in love with Gabrielle. In another part of town, a severed hand escapes from a dissection lab, determined to find its body again. – IMDB

French animated features always seem to have a darkness to its overall premise. In this case, this upcoming Netflix France Original film (according to this poster is set to release in the end of November) follows two sides of a story. The first is the story of Nafouel, a pizza delivery boy having a bad day that ends up having a random conversation with a girl through a building intercom during a rain storm outside and is intrigued by this stranger and finds a way to approach her while on the other side, it follows a severed hand trying to go through the city to reunite with the body it belongs to. Its easy to see that these two stories are linked together and who this severed hand belongs to and yet, alternating between the two and having it converge at the end gives this film so much charm. Perhaps of the timeline jumping back and forth between the two that the story sometimes does have moments of disjointedness.

Somehow French animated films have such good grasp hitting those bizarre themes and finding just the right balance of humor to make it work. J’ai Perdu Mon Corps is a fine example of this. While Naoufel’s side of the story feels a bit awkward and maybe a tad sketchy if you think about the almost stalker-ish way he chooses to approach this girl. At the same time, he is somewhat of a rather unpleasant character or simply flawed and fairly shallow which is where this film falls short slightly. It all depends on how his character is viewed although there are some believable moments of clumsiness and his trying to work hard to get her attention and some missteps that he does which makes some funny moments. As I always like to mention, flawed characters to begin with makes for the better development characters as they have so much more room to grow and that definitely applies in this story.

Where it does shine right from the beginning is starting with how the severed hand is introduced and the moments of how it goes from location to location. There’s a lot of dark humor to be had, especially as it meets all kinds of things and dangers along the way and is essentially defenceless. Some come out with mostly unexpected outcomes and that just makes each step of its way back to the body that it belongs to even more rewarding in the end.

Overall, J’ai Perdu Mon Corps is exactly as its title hints at. The winning factor here is how it uses the whole concept of a severed hand and can create a rather charming and humorous story out of it. It fits into the whole charm of French animation that is a tad odd but still works out overall to have those dramatic moments as well. As a feature-length directorial debut for Jeremy Clapin, its definitely one that lands very well and has a unique premise.

J’ai Perdu Mon Corps will be hitting theatres for a limited release in US (November 15) and UK (November 22) and also hitting Netflix (for most countries) on November 29th (all based on research on the Internet, so please check or correct me in the comments if you have other more accurate info).