You can also check out: 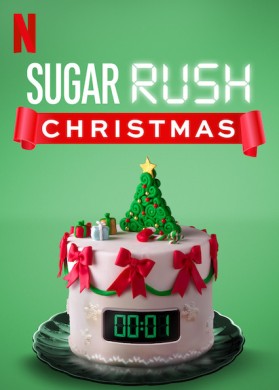 Sugar Rush is finding its own slice of fun on Netflix and this year, they released their Christmas edition, Sugar Rush Christmas which uses the same system and concept as pretty much the changes they made in Season 2 (you can see what I mean from the review linked above) and implementing it to a Christmas scenario whether its Christmas spirit, Wintery themes like polar bears and North Pole or Santa Claus, etc. The themes inspire some of these bakers to make some great desserts.

Sugar Rush is the more professional baking side of baking competition and it has its own viewers because there is a really nice element of strategy and how some of these teams play for more time in their final round. The time element is what makes this fun and definitely inspires to open up a lot of creative baking themes as well. The variety leaves room to see where different bakers will do their own versions of desserts and this season’s competitors are rather fun, bringing in variety with a few bringing something new like gluten-free teams, etc.

At the same time, the charm of the show is in its host and guest judges. Hunter March adds a lot to these shows which are normally more serious in nature with bringing in some bad jokes or just simply bringing up the energy. Perhaps its scripted or its not, because unlike Nailed It, they never do seem to have that as a joke so I can only imagine that he does his part improvised and it all lands very naturally and adds a lot of fun. The guests this time also adds some fun as well, even if most of them are fairly unknown to myself because I either don’t watch their Netflix shows or whatever else. They aren’t all comedians or actors but still almost all offer good criticism.

Sugar Rush Christmas is for the audience that is there for more serious baking and creativity with a slight hint of fun on a time-based challenge. Most of the time, the time element really comes into play as something that can get a little tense about in the final challenge and not so much for all the other two challenges in the beginning for Cupcakes and Confections respectively, except for maybe one time in this season. For myself, its fun because I enjoy baking and learning new ideas for baked goods and designs especially for the holidays. With 6 episodes in this season, its very easy to binge if you enjoy this sort of entertainment, if not, its still fun to watch one episode at a time. It does have a lot of Christmas spirit and adds some nice holiday fun.

That’s it for this TV binge! I am curious on what other people feel about Sugar Rush?
Have you seen it? Is it something you like to watch? 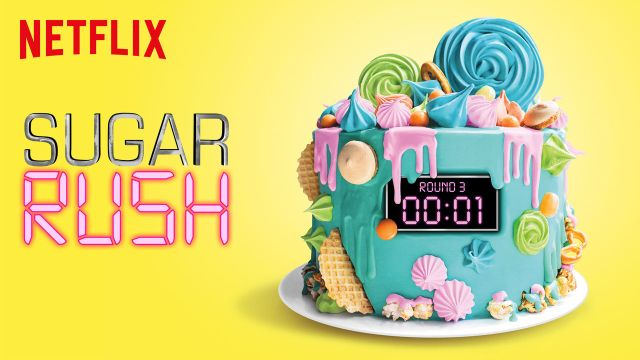 This show is all about time being the biggest factor where the first two rounds done in a quick way will save up time to add to the final round for the cake round. The setup goes as such where 4 teams of two start the competition. The judges give the first two rounds theme and requirements at the beginning over a 3 hour cooking time. The first is a cupcake, the second is a confection. When all four teams have completed the cupcake, the judges deliberate on who gets eliminated while the teams make the confections. After the confection round, the judges share who gets eliminated and the final two teams hear the theme of their cake round as well as how much total time they have. The team with more time starts first whereas the second team watches and waits for their cue to start.

Looking at the structure of Sugar Rush, it sure seems like a brutal feeling for the teams especially in the first two rounds. Mostly because sometimes a team can be fast and be almost even done their confection but then be eliminated. Its quite sad to see but then the teams all do show a great deal of creativity and skills and that is best showed off in a restrained time frame. It is about finding a balance and weighing the risks with each creation. For that, the structure is solid and possibly one of the competitions that I don’t have many issues in that regards as it feels engaging to watch especially with time as the element which, bar a few baking technical issues, the teams fate was related to their own ambitiousness and how much time they had left.

If we look at the judges and the host along with its guests throughout the eight episodes in the first season, they have quite a few known names. Probably not related to baking directly but more “everyday” people instead of the judges who are experts in their own fields whether in baking or cupcakes or confections or sweets in general. Of course, “everyday” because who would call Betsy Johnson an everyday person, right? Just a quick example. However, it adds this normalcy to the show making it focusing not only on the taste but also the creativity behind the projects feeling like there is this well-rounded look at each baking creation. Candace Nelson and Adriano Zumbo also complement each other well enough. At the same time, I personally thought Hunter March did a great job at being an energetic and dynamic host for the show. I went away remembering the unique way he emphasized “ten thousand dollars” so that was really fun.

Overall, Sugar Rush is a fun baking competition. There are some great pieces made here. These are professional bakers with most of them having their own business or working in the industry one way or another. The judges are experts in their fields whereas the guests are also quite good with their critiques and comments and had a good mix of being part of the industry and some more celebrity and different fields. Its a nice balance of each human element. In terms of structure, it truly embraces the time element being its biggest factor and keeps that in mind. Time also adds this nerve wracking element to any competition as its always present but this one also gives a bit of control to how much time is saved in the hands of its competitors which is a nice twist.

Definitely looking forward to a second season of Sugar Rush and hoping it happens although I don’t recall seeing any news as of yet. If you do know whether its happening that I missed, do tell me in the comments. 🙂