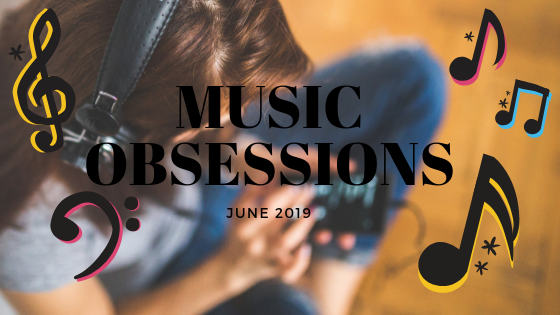 Its the first weekend of a new month and that means time for this month’s Music Obsessions! Its been a fun and colorful month to say the least. There was a lot of music that I discovered and some new artists that I’m following.

Its been a while since I’ve listened to Kaleo. I love their style a lot and it was when I went to Brasserie Elements (recap HERE) that I heard this song and it is really awesome. It was then that I introduced my husband to Kaleo (at least the songs that I had already known) and then we went on to look for some other songs as well to dive further into their work.

While I’ve known of Eric Zhou for a while in the Chinese music industry, I haven’t really heard much from him however this song was picked as a performance vocal song list in Produce Camp 2019 so I went to listen to the original and have been absolutely in love with it. The lyrics and the tune itself is really good.

The newest song from Awaken-F is really good. It has that ancient Chinese music instruments sort of usage but also keeps it very soothing and energetic. I like this stuff every once in a while and to be honest, I can see this as part of some TV series set in ancient China soundtrack.

My favorite song and the most recent release in this batch of music obsession. This one has all the elements that I love. I had never listened to Chris Lee before but I’m definitely sold on her voice. Its really unique and matching with Qing Feng Wu’s voice, it works so well and they have similar styles in their music. Its more indie but this one is so fun and addictive.

Where Do You  Go – Shaun Frank (feat. Lexy Panterra)

It feels like a while since I’ve shared some electronic music but I like Shaun Frank’s music ever since I heard Heaven so I was intrigued right away. This one didn’t disappoint at all. I like the video and I like the energy of the song in general.

And a little extra bit..since I don’t usually share anything from these variety competition show things except as little ending pieces. However, in their specialty performances which was separated in dance, vocal and original production categories, one of the two teams doing original production not only completed a completely original song but also managed to deliver a great performance called Fireman. Really talented! I like this song a ton.

That’s it for this Music Obsessions!
What have you been listening to on repeat?