What do you know?

1UP Box got their act together and got back on track with April’s box and it arrived on last Thursday!

What’s even more awesome than arriving early? Its that this month’s theme is in anticipation for the opening of Avengers: Age of Ultron and themed HERO!

How many of us aren’t even a little anticipating Avengers: Age of Ultron? So this superheroes theme comes right in time!

Let’s check it out!!

I’m not exactly sure how to not geek out over this! Other than the fact that I like Captain America and its all Marvel and whatnot, its because I’ve been hoping to get an ACTUAL Funko Pop! figurine thing since I’ve been ordering these boxes.  I got the weird Walking Dead one that winds up and the keychain but finally, an actual one!

I probably shouldn’t start another collection but isn’t this one just awesome!!!! 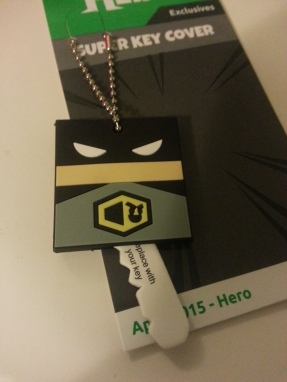 Remember how I geeked out over getting Boo in the last box.  I really like this one as well.  It was 50/50 that I might have gotten Superman.  I’m not a huge fan of Superman so this one was perfect 🙂

This is possibly a Zelda item again.  At least that was me and my boyfriend’s deduction.  It does look pretty cool 🙂 I don’t think I’ll wear it ever but it might look nice as decoration or maybe just put it in my display cabinet. 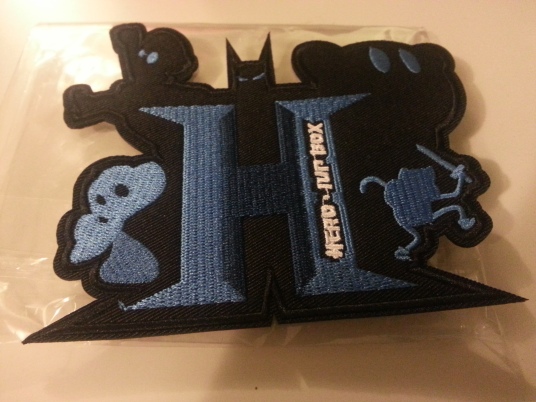 I haven’t ironed on a patch since elementary school.  That’s quite a while back.  This does look incredibly nice so I’m actually thinking where I could iron it on.  Probably on a messenger bag or a backpack? I don’t know yet.  I’ll think about it 😉

If you sniff this stuff long enough, its going to be bad for you.  This air freshener looks alright.  I like Spiderman but I don’t love the smell of this air freshener so I think this might end up going into the trash soon.  Its making everything in the box smell like it and I’m trying to air it all out as this goes up. I’ve been trying to figure out what the smell is.  It might be a really strong citrus smell or at least its trying to be? But then, smells are pretty subjective so who knows…maybe someone else enjoyed it more than me.

This T-Shirt just won me over to think about whether I want to continue subscribing to 1UP Box for another round.  Mario & Batman themed shirt! Let me go freak out with excitement first, k? Go ahead judge my life choices but 1UP Box just upped their game even more.

And that’s a wrap for April 2015 and my 3 month subscription for 1UP Box! I’m putting some serious thought into whether to subscribe again. One of the main factors is money. I’m still human and gotta worry about the bills 😉 It also depends on the theme.  Decisions, decisions…that I will ponder.  We will see if I’m back for more, right?

This box (and the last one here) is all sorts of awesome! Funko Pop, Mario, Batman: all of these things win my heart over so easily! I’m pretty pleased with it all (except the air freshener).