Sorry for the lack of Netflix A-Z this week.  I was trying so hard to find time to watch Daredevil and it just ended up being put later.  I had wanted to review Danny Collins but I didn’t really feel like watching that and everyone has been raving about how great Daredevil is.  I had started it a month or two ago and fell asleep (because of fatigue) but never got back into it.  What’s a better time, right? Perfect timing, really because I’m hearing that Daredevil and Jessica Jones are just a part of a bigger series in the making by Netflix called The Defenders.  I wonder how that is going to work out or if even the superhero-verse will not out-do itself by then. Still, this deserves a fair shot. I mean, 98% on Rotten Tomatoes? 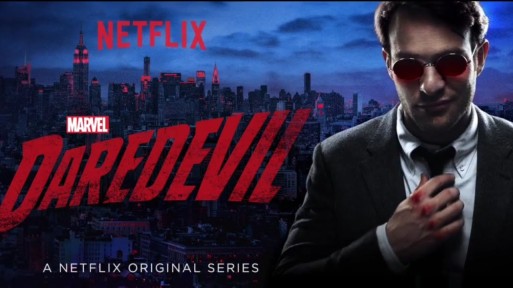 A blind lawyer, with his other senses superhumanly enhanced, fights crime as a costumed superhero.- IMDB

Marvel’s Daredevil is onto something good.  I promise you that.  However, I must disagree with the 98% Rotten Tomatoes score. There are much better shows out there that haven’t even merited that score.  Daredevil is full of great characters and the story is good.  It gives us a good idea of who Matthew Murdock is and why he chooses to become “The Devil of Hell’s Kitchen”. There’s a lot of character building for his character.  I guess the best place to start is that Matthew Murdock looked so familiar to me and then I learned he is Charlie Cox.  What does that mean? He is the romantic guy in Stardust.  Wow! That guy to Daredevil? Its quite the transformation. I applaud him for a job well done. His character is well put together.  We get his back story from his father, growing up, his mentor, discovering his gifts and just why he became this masked vigilante in the shadows trying to save Hell’s Kitchen from what he can’t do in his day job in the courtrooms. 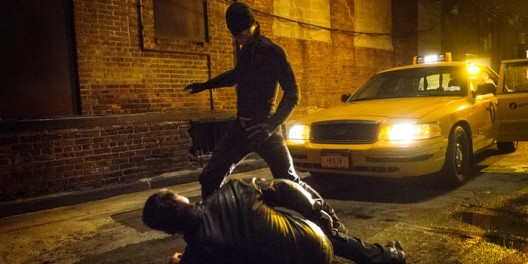 Except any series isn’t complete without the supporting characters,  lets start with Murdock’s best friend, Foggy and office assistant, Karen played by Elden Henson and Deborah Ann Woll respectively.  First of all, I’m pretty happy that Deborah Ann Woll is getting a more substantial role with a lot more character development.  I liked her in True Blood but playing something like this hasn’t exactly reached depth but her character has truly grown with the events that have gone down in Hell’s Kitchen.  She’s no longer the scared girl at the beginning of the series caught up as a victim. However, on a much more feel-good level, Foggy is a great character.  The bromance between Matt and Foggy is a huge focus, especially near the end of Season 1.  They are quite awesome together, just like scenes with Karen and Foggy are also really great.  One of things that comes into focus is that Matt seems to forget about his friends because of the bigger issue he is focusing on but there is a change when it starts to show a bond growing between him and Karen also.

In any superhero sort of movie, its excellence grows from its villain.  Many times, I don’t appreciate certain movies because the villain did not live up to be the threat that they should have been. In this one, the Devil of Hell’s Kitchen’s foe is Wilson Fisk.  The series takes a long time to build on who Fisk is and what he wants to achieve.  We even get a chance to see that he is human, that maybe he is looking for something, maybe even something noble just not in the right way.  Yet, something about Fisk is off and there is some imbalance and discomfort about his character.  Maybe its his awkwardness in his voice or his interaction with others.  Maybe its not knowing what other secrets he holds and who his secret organization is and what its all about.  Whatever it is, the onion is peeled open bit by bit.  Wilson Fisk, played by Vincent D’Onofrio is built so well as a character and a villain.  There were times I’d kind of sympathize for him and then he’d make me change my mind to really hating him.  It was a really good casting choice.

On the terms of supporting cast in smaller roles, one of the most compelling goes out to Fisk’s assistant, Wesley.  He would go “Hmm” frequently and then be like the master of tactics, pulling strings and playing the cards in the open, covering for Fisk in the shadows.  Toby Leonard Moore plays this role and I can’t recall seeing him anywhere else.  There’s always a tension and I kept thinking that there was something else floating around in his brain, wondering what he’d surprise us with next.  Aside from him, in very much a cameo is an older character that was only for one episode but such a compelling character called Stick, played by Scott Glenn.  That’s not to mention the masterful and cunning role played by Wai Ching Ho as Madame Gao. 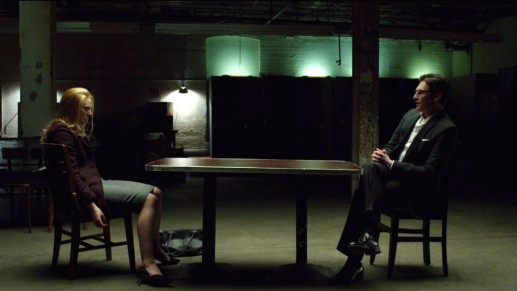 There are many, many things done right for Daredevil.  Yet, I can’t say that I’d give it such a high score that Rotten Tomatoes did.  Its really that I didn’t enjoy the pacing.  I can understanding building the characters and giving it layers, increasing the thrills and tension, improving and breaking relationships.  All that is present here.  However, what we got in the whole 13 episodes was questions after questions, deaths and people caught in crossfire and then more questions and it was a cycle of building on whatever was before.  There was no resolve.  Madame Gao came up with a sort of twist and some profound bit about whatever we saw isn’t the end goal; there was a hint of someone bigger being behind all this; and yet, still more questions.  Sure, the ending kind of wraps up the story of the 13 episodes fighting the big bad villain, aka Wilson Fisk but this is no resolve or even hints of what is the further mystery.  My point is that if you weren’t going to build on it more, why show it in the first place, right?  I guess I can and should be more forgiving because TV series should give the audience to watch the next season but its just really in my face.  There are so many questions that remain unsolved that I feel like the season shouldn’t have ended with that many loose ends, or maybe its for those that know the source material (which I don’t).  Whatever it is, something is missing when the season wrapped up.  I’m not saying that I didn’t enjoy it, because I did and I thoroughly thought that finale was great and the characters were great, but at the same time, even TV series need to be a little more self-contained sometimes.

Have you seen Daredevil Season 1? What are your thoughts on it? Am I missing something?

For the next selection, E..it should be fairly easy as there is limited choices for 2015 releases. Any guesses?