Maybe this didn’t surprise you but it sure surprised me when I walked through the door and saw this month’s Nerd Block sitting on my counter. I knew that I didn’t order it so I went to investigate.

Apparently, I’m really stupid and didn’t realize that when you order one month, it becomes recurring charge so I ended up having a payment go through for June and not realized until I got the box.  Well, that’s also because I didn’t get a payment confirmation from Nerd Block either or delivery notice which is all feeling a little weird because then I can’t even back out or know that it was a mistake.  Still, its here and I just hope that it’ll be as fulfilling to make me not regret especially when I’ve been trying to cut expenses after vacation.

Still, British Invasion is a good theme so let’s check it out! 🙂 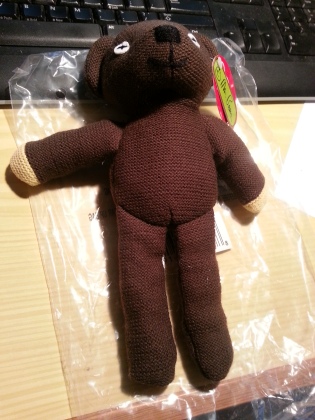 Mr. Bean is the staple of British humor or any humor.  Other than Stephen Chow for me in Hong Kong movies that made me laugh, I remember Mr. Bean being a constant in our house when I was younger.  My parents and I would sit around watching Mr. Bean whenever it was on TV. And his Teddy? That’s awesome! Just so awesome! 🙂 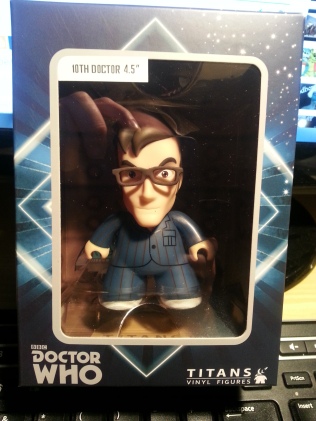 Maybe I shouldn’t confess it because I’ll get a lot of crap about it.  But maybe I already did last year when I posted about Comic-con.  So…I’ve never seen any Doctor Who.  Its probably a bad thing and I should ASAP.  But, I haven’t yet.  But while that is a fact, this vinyl figure looks really awesome.  Who plays the 10th Doctor Who, BTW? Anyone can help me with that?

I can’t remember seeing the entire Monty Python and the Holy Grail movie.  At least I knew what it was, right? Who doesn’t need magnets, right? 😉

Sorry for the weird background leaking into this picture, especially on the top.  I was watching a Let’s Play video on Youtube when I decided to do the unboxing and propping it up on the screen was the best way to reduce glare from the light.  As previously mentioned, I know nothing about Dr. Who but this poster/art print looks absolutely fantastic, don’t you think?

So okay, I love Mr. Bean and I do love toys, except I can’t quite figure out what to do with this.   But then, I guess this one could go in the display case if it stands up on its own…I’ll have to investigate it a little further. 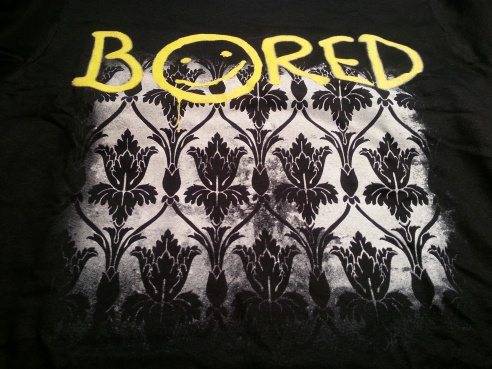 The card says this is from Sherlock Holmes and that was my initial thought.  I just love the T-shirts.  This one looks awesome!!

Overall, British Invasion was pretty good.  It was very Doctor Who dominant and I’m not very familiar with it but the items for that was quite good.  Mr. Bean stuff is always great.  The T-shirt just wins it completely for me 🙂 Loving it!

Due to financial situation, I’ve made sure to stop Nerd Block for next month.  Arcade Block should be in the mail soon so more unboxing posts coming up soon 🙂 If you enjoy these posts, remember to drop by again!!

What did you think this month’s Nerd Block? Any item peak your interest?