And we are officially back! Next Disney project movie is Dumbo! I have finally, with some help, figured out the Fantasia baking creation. It is in the preparation stage but like I had said, I am moving along to keep this Baking Through Disney alive.

My first viewing of Dumbo was when I bought the Bluray a few years ago for the vault release. Before that I only knew the story because of a children’s picture book my mom used to read me when I was young.

Ridiculed because of his enormous ears, a young circus elephant is assisted by a mouse to achieve his full potential. – IMDB

Dumbo is a rather calm Disney movie. That isn’t a bad thing. Where Snow White and Pinocchio had evil queens and a gigantic mean whales, Dumbo only had a cruel circus animal that breaks him away from his mom and the inner fear and confidence that stopped him from using his big elephant ears to fly and amaze. Dumbo is a lesson about being different and how it isn’t a bad thing. Being unique may be something others criticize but also something we can use for being more. You know, making lemonade out of lemons and half cup full sort of thing. For that, Dumbo is great! However, it does feel a little flat, starting with being a late delivery, losing his mom, meeting an unusual best friend then having to perform circus acts and eventually learning how to fly. There was never a big obstacle despite it being a sometimes heartwrenching and other times, fun times. 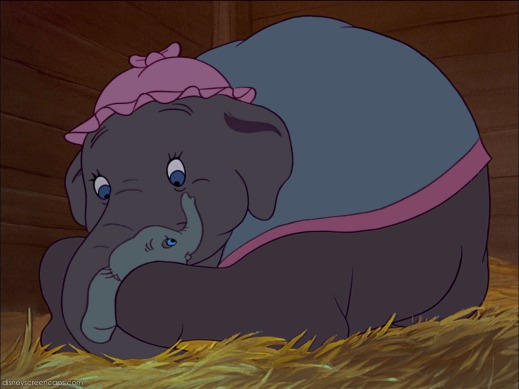 Dumbo isn’t a long animated film. One of the many aspects of classics that I love. This one is for the kids and it is incredibly that way with not a whole lot of dialogue and a myriad of literally colorful characters although they do have colorful personalities as well. Plus the circus is a child friendly atmosphere, most of the time. However, my favorite part of Dumbo are the characters even if the short run time really doesn’t give them a lot of space for growth. Keeping in mind that this is a children’s movie, it is fine to love the characters for being fun and/or cute such as the crows and particularly our main character Dumbo. How do you not love baby Dumbo and his big ears?  Adding onto a motor mouth mouse as Timothy Mouse, we have a fun and comedic duo. 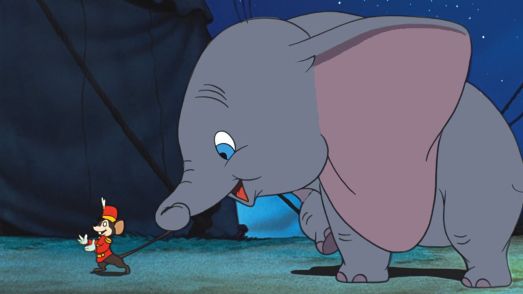 Overall, Dumbo delivers cute and endearing characters along with a message about being okay with being different and embracing being unique. However, the story lacks an exciting climax or inspiring villain but makes up for it with a few fun moments. Perhaps more for the younger crowd as it remains gentle and cute however the message is a valuable one. And its hard to resist how incredibly cute Dumbo is.

Have you seen Dumbo?