When my boyfriend and I travel on day trips, a lot of it is pretty spontaneous.  We make the decision days before and then set off for the trip that morning depending how far, we decide how early. Valentine’s Day is every day for us and its normal, we’ve been together for a good many years so we usually forego flowers but go for a drive together. I’ll talk about us a little more when I get the chance but Valentine’s day, we decided to go to Isle aux Coudres.  I know I know, its not the same as the title because plans change.

That Saturday morning, it was the most eventful ever.  After a few days of deep freeze, my car’s battery decided to die completely.  My boyfriend’s charger thingy needed to get charged up before he could connect it onto the battery.  So we ended up taking his car. For those interested, after charging it two times and then jumping starting the car later that night, the next morning the battery just was too old to do anything more so my boyfriend changed it.  I only spectated and ran to get tools..haha!

Back to Valentine’s Day, due the whole battery issue, our time was pushed back enough that we would miss the ferry to go over to Isle aux Coudres and if we caught the next one, it wouldn’t be worth it.  My boyfriend suggested that we just take a drive in that general direction while we tried to think of places to go.  Somehow, as I was looking at Google Maps, I saw Ile d’Orleans and decided that maybe it was a good choice.

Scenery wise, we got a lot of good choices BUT, Ile d’Orleans is definitely a summer trip location because almost everything was closed (almost 80%, I guess).  Still, I managed to get some nice snowy shots from this drive.

Enjoy! Roll over the image to get a little description 🙂 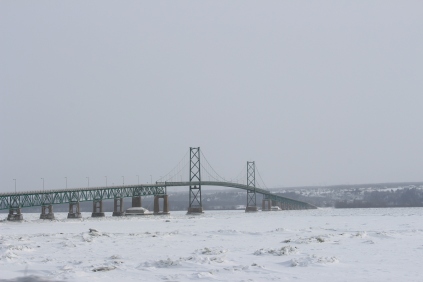 On the bridge onto the island

Seeing our first lookout in a restaurant parking area

Our second lookout next to Saint-Francois’s church.

Going back up the slope, showing a little bit of the cute houses 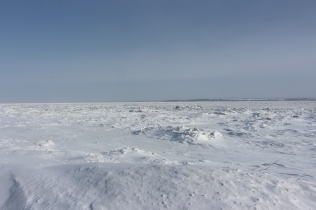 A viewpoint behind the church of the river

A church next to the viewpoint in the previous photo

I realized how its just extremely snowy scenes and not really all that exciting but we’re planning to go back in the summer and capture all its beauty.  Summer and warm weather feels so far away right now but we’re still starting to plan for it 🙂

Valentine’s Day was eventful to say the least.  A beautiful drive where we talked and laughed about everything and nothing for a few hours.  Then went home to help my boyfriend push my car out of the driveway and steer it so that it could get jump-started.  Learning every single day 🙂

I’ll be back later with a review!