In true TV Binge glory is the next Netflix A-Z selection for U.  You got it! The newly released Season 2 of Unbreakable Kimmy Schmidt.  In case you missed it, I was a huge fan of the first season. You can read the review HERE.  I was literally counting down the days to when this would be available on Netflix and I started it up right when I got home from work that Friday night.  I know its already a month or something since its been out but I’ve been working on this new system of having a lot of backlog ready to be written so it gives me time to give whatever I watch a chance to sink in and think about before writing about it.

Its hard to not fall in love with Unbreakable Kimmy Schmidt.  The characters are too lovable in their silly and outrageous way.  Its fantastic to open up the show with the same theme song that caught me in the first season.  It really shows the tone this series is aiming for.  I just absolutely love it from its hilarious characters to Netflix letting us Kimmy-fy the page which makes it all sparkly and awesome.  I’m not a pink person but Kimmy Schmidt and its characters are all just sparkly and infectiously fun! 🙂 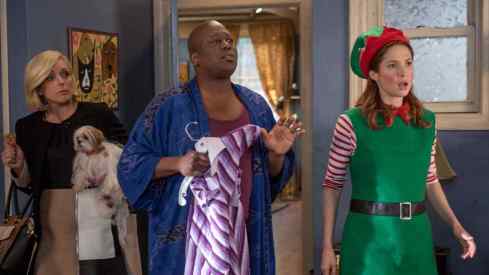 In Season 2, we pretty much pick up from where we left off in the first one.  Titus is still dreaming about pursuing his career in singing on Broadway or something along those lines.  Kimmy is adapting to her new life in New York and the modern technology and getting over Dong who married to an older lady to not get deported.  Titus and Kimmy’s landlord, Lillian is still awkward and hilarious and this season, she’s all about saving the change in her neighborhood. While, the ex-Mrs. Voorhees goes back home to live with her parents and embrace her roots but that is a whole new life to her also, while avoiding her divorcee life of having not been split with more money and scared with the reality she will have to face if she returns to New York.  Of course, she eventually does and with Kimmy’s encouragement, tries to be independent instead of a gold digger.  While this is Kimmy growing up from her 15 year old mentality to a grown-up and her adventures, its equally about the people around her and their adventures because in a way, even if they have been living in this reality all their lives, they still each have their own delusions and live in their own fantasy and they are each growing as a person as well.  Each is as naive as Kimmy is and its funny to watch their endeavors. 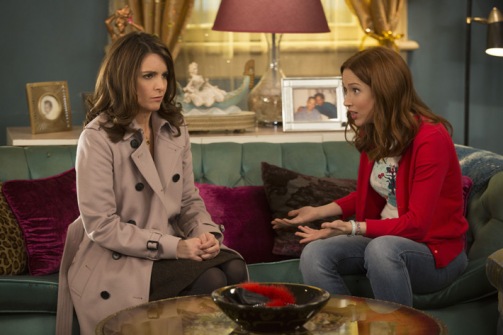 Unbreakable Kimmy Schmidt always seems to surprise us with some popular cast, just like Tina Fey who is the show creator takes on a much more involved role this season and no one delivers her content quite like she does. I’m a huge fan of Tina Fey so it was a welcome addition to see her as a psychiatrist that helps Kimmy Schmidt but also has her own issues.  At the same time, we have Lisa Kudrow that comes in as Kimmy’s mom that the season trickles with information that its building to her facing her eventually.  At the same time, we have Anna Camp drop in for a few episodes.  If you don’t know who she is, she’s in one of my favorite movies, Pitch Perfect. And there’s Jeff Goldblum who plays a Dr. Phil-esque type of guy.  Funny how he’s gone such a long way from what I remember him in Jurassic Park. Then, there’s David Cross.  While I haven’t seen a whole lot of movies that I remember him profoundly other than maybe Alvin and the Chipmunks, I know I’ve seen in other stuff that has made me laugh.

You know what? I don’t want to ruin Unbreakable Kimmy Schmidt and let you just have fun! If you haven’t checked it out, you should! Overall, Season 2 was a ton of fun.  The cast is still as fun and charming as always.  The comedy works (for me).  Yet, there’s still a lot of good things that we can learn from this series.  Plus, it has a ton of really great cameo roles.  Maybe some of them will return. Who knows, right? Right now, I just can’t wait for the next season, which is going to feel so long!

Have you seen Unbreakable Kimmy Schmidt? 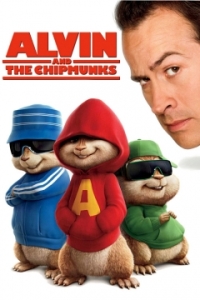 ALVIN AND THE CHIPMUNKS

Based on the tv show, this is a movie version of Alvin and the Chipmunks.  Dave Seville (Jason Lee) is a struggling songwriter who meets 3 talking chipmunks and by some chance, ends up bringing them to his house.  When he first discovers them, he tries to make them leave his house.  He then discovers that these chipmunks, Alvin “the awesomest one” (Justin Long), Simon “the smart one”(Matthew Gray Gubler) and Theodore (Jesse McCartney) can also sing.  He asks them to sing his songs in exchange for giving them a place to live.  Its then he brings them to his song producer, Ian Hawke (David Cross) who tries to separate them from Dave and use them as moneymaking machines.  However, the question is: can Dave and the chipmunks bond like a family?

This movie is also one thats set during the holiday season and we have Alvin and the Chipmunks “The Christmas song, (Christmas Is Here) is the name I believe.  Here is the video in case you don’t know it.

This is one that I have mixed feelings about.  It has some nice little singing that I like to listen to but as for the acting, it was not too good.  I realized that I winch at Jason Lee’s acting in this one.  He just has such exaggerated expressions.  It makes it all feel so fake.  However, I have this thing with hearing chipmunks singing.  They do a few songs like Bad Day and Only You.  Its a fun movie as Alvin just like a bunch of mischievous and clueless and know-it-all and these embodies the attitudes of certain kids when they want to experience and learn more about their surroundings.  Also, as much as the voices don’t sound like the actors voicing them, I was drawn to the fact that Matthew Gray Gubler does Simon.  He sure has the image especially since the plays the young and gifted Dr. Reid in Criminal Minds, one of my absolute favorite shows on TV.  Also, Theodore is just the most adorable little chipmunk ever!

This movie is good for children.  Its fun and musical and it has the theme of family: being committed and sticking together as a family.  That definitely is something we want in a Christmas movie. However, this shouldn’t be pegged as a Christmas movie to some as it just is set in the first half during Christmas and we hit Christmas day.

Anyone watch this during Christmas? How about the song, does it bring back some memories? Any Alvin and the chipmunk fans out there? Which one is your favorite?