Another movie from my 8 movie pack that had Ritual in it! This one didn’t make the Shitfest either.  Consider me slightly disappointed although I never figured I would put a movie with Keira Knightley in there.  Let me say, this movie pack has a lot of misleading covers… 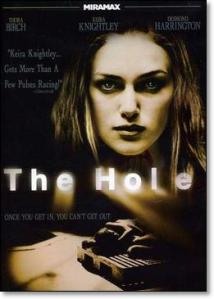 Four teenagers attending a British school are approaching the end of the school year.  They do not want to join the other students in going to the school field trip.  Through certain connections, they end up hanging out in The Hole, which is a previous underground war bunker for 3 days, until they go back to reunite and head home for good.  However, things go wrong and they end up getting locked underground for unknown reasons longer than expected.  Liz (Thora Birch) is the only one that escapes and makes it out alive. She has a psychologist Dr. Philippa Horwood (Embeth Davidtz) sent to try to get her to recount what happens to her and the others: popular girl Frankie (Keira Knightley), popular athletic Mike (Desmond Harrington) and his best friend Geoff (Laurence Fox), in the hole. 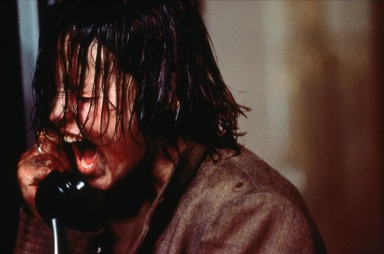 I still don’t really get why this is part of the horror collection because its a psychological thriller for the most part.  Its not scary and after a certain point, I guessed what was the highest probable outcome.  However, the story concept itself was pretty good.  The opening sequence where we see a stumbling Liz, played by Thora Birch walking down the street then screaming into the phone at the school really builds the mood.  The setup of the story was pretty good. 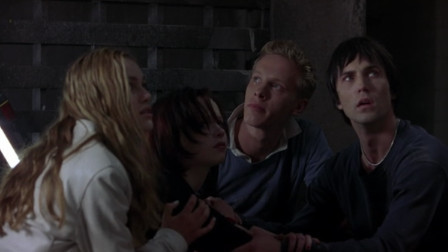 Thora Birch playing the sole survivor of The Hole among her friends is the main actress in this.  She has to retell the story and for the most part, we need to figure out who caused them to be locked in the hole in the first place, how did they get there, and who arranged it all for them.  What is the real story? She plays her part really well as the scared and healing teenager who is shocked from her friends dying in front of her one by one until she finds the way out.  However, some parts weren’t thought through enough to make it flawed and predictable.  We are able to the slip-up on her character portrayal which changes the feeling of the movie for the most part. In the second half, because the story is built better, Thora Birch’s character is able to shine through and make up for what the movie lacked. 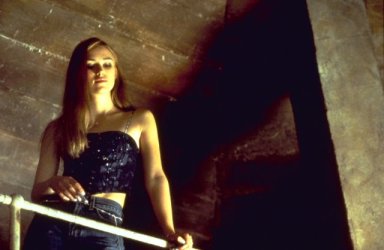 Playing opposite her are the other 3 friends. Other than Keira Knightley, I don’t know the guys that well but everyone did their parts really well. For the most part, the recount of the underground hole scenes were quite fun to watch.  Keira Knightley even flashes her breatsts (maybe that will interest you, maybe it won’t, just a random fact). Thats the extent of nudity that happens here! OH WAIT, there is also a completely naked Laurence Fox in the shower, but then I don’t know who he is so I didn’t really think that scene was necessary anyways.  However, as I was saying, they did do a good job in the respective parts.  Embeth Davidtz is also a bit more known as well.  I recognized her but couldn’t pinpoint where I saw her.  As the police psychologist, I did find her a tad stupid but I believe its a character design flaw. 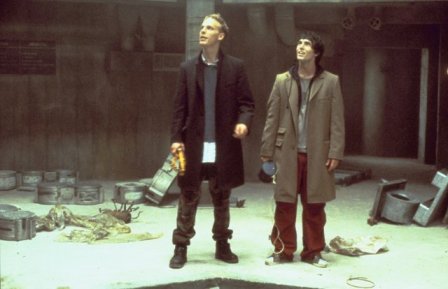 The reason this took me so many days to write was mostly because I couldn’t really decide if I liked it or not.  I enjoyed a good part of it even though it was predictable but there was a part in the middle where I found it a bit blah.  It was missing something in the story and there were some parts that seemed either unnecessary or just didn’t seem to make too much sense. Although, is it a bad movie concept? Maybe if the script was written better, it would reach its full potential.  It does have the right idea for the most part!

Don’t get me wrong. Its a decent thriller.  It all depends if you figure out the ending before the big finale hits or not.  It has a good concept and convincing acting.  This movie did cost me 50 cents so the expectations were also really low.  However, I did enjoy it.  There was a part in the middle which felt a bit long but it was effective.  Thora Birch is definitely a great actress.  There’s sex, nudity, party and games and some screaming, crying, blood and death.  Its not perfect but definitely won’t be a waste of your time  if you ever decide to see it 🙂