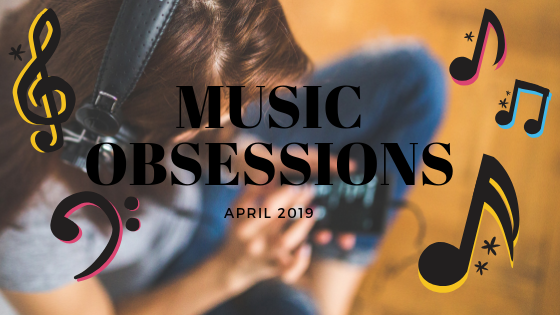 Music in the past month has been such a huge part in my life. I’ve done quite a bit of discovering and its been linked to a lot of other stuff like TV series and variety shows and whatnot. There’s some English and some Chinese songs even if all of the selections have been mostly released in Hong Kong/China. Its a nice variety and actually had these few songs locked into this obsessions post well before the month ended bumping everything else to next month because these songs are still on repeat.

I’ve talked about Mike Angelo before in a What’s Up post as I was watching TV series simultaneously where he plays the leading man. With that said, he has been around on variety shows and whatnot but I’ve truly dived into what he’s done this past month. I like the TV series he chooses to do and I also like his music quite a bit plus, he has improved his Mandarin a ton. While this is an English language song, the energy and beat in it is pretty great. I can’t say the same for the lyrics but this is one of those songs that I like a lot for the feeling of song and the energetic vibe from it. It’s really cool.

With all the singles that Nicholas Tse has been dropping, I keep wondering whether he is gearing up for a new album at some point. That would be awesome. Fangirling away here! Its been the longest fangirl phase I’ve had for anyone. He’s a great actor but I love him for his music so its even more awesome that in this music video, he goes back to how I’ve always imagined him in the more rock vibe and jamming on his guitar. I love the video and I love the song.

WE WERE DANCING – MIKE ANGELO

While Mike Angelo’s Mandarin isn’t really good, its improved a lot and the fact that he’s taking the step to make Chinese songs is really quite impressive. With that said, the video is a lot of fun. The beat of the music and the moves are really good. There are super over the top kind of moments but I think because Mike is such a charming guy that it works. Immense amount of joy whenever I hear this one and watch the video.

QiMing Fei came to my attention when I saw him in Lipstick Prince and I think the thing that stands out the most about him is on that show was his really great voice. When I went looking up more stuff, I found a few songs and this one is my favorite one.

I had shared a previous song from DZ before. This guy is truly fantastic as both having a very unique voice but also the lyrics that he writes has so much meaning to it. Its one of those rare things that have mostly gotten lost over modern music. It really resonated with me from the first stanza. Truly a one of a kind singer and lyricist and I look forward to seeing what else he puts out.

The TV series that I had watched along with My Amazing Boyfriend 2 with Mike Angelo starring in was Mr. Swimmer. I’ll share the TV binge on Mr. Swimmer at some point (the backlog for TV is ridiculous at this point that I don’t know when anything will be done). This show had its good and bad elements but the opening theme is absolutely awesome plus the lyrics are super cute and the rhythm is very nice.

To Be Your Love – Fiction Guo 郭俊辰 (Accidentally in Love OST)

Consider this my March obsession in terms of TV series! Netflix needs to acquire a few more of these or green light a season 2 for this show. This song is really fantastic: lighthearted and cute. I don’t have the English translation of it but its on Netflix and if you watch the series there, its all translated (subtitles 😉 ) Either way, this is the main theme however, this is the version in the show sang by the male lead. Its been on my mind for a long time so I couldn’t leave it out!

That’s it for this Music Obsessions!
Some really awesome music! I know that I’m starting to do a lot of Chinese music!
But then, you all are capable of finding other music whereas I’d like to highlight some Chinese music which might not have an entry point for some.

However, if you interested in finding an entry point for Asian music, I would love for you to head over to Asian Cinema Film Club’s blog as they share a monthly mixtape segment. You can find it HERE.