Its long weekend in the province of Quebec! Yay! Meaning, tomorrow I still don’t have to go to work and have a fantastic day off with the boyfriend! He’s going to redeem his Christmas gift tomorrow for his 2 laps driving both a Ferrari and Lamborghini! He’s pretty much been anticipating it since forever! After that its going to see World War Z!!

Friday evening was a great night because I managed to get together with my best friend! She finally graduated from her medical field course and has to prepare for her National Exam but between that, we found it was time for our little gathering to catch up because we have a lot of suppressed thoughts that chat doesn’t really communicate as well! It was great to just relax and have a good night with her 🙂 First, we went to our favorite joint at the Crescent Street restaurant, Les 3 Brasseurs! I chose the Chicken Brochette with rice and fries and had a Mojito on the side!

YUM! So delicious! Plus, we were starving…and we started chatting and talking about everything: work, job, future, boyfriends, life, parents, etc.  After that, we needed to walk off the meal a bit and walked back to get some shopping done where I managed to find some AMAZING deals at HMV! I had to try to be rational and got Seven Psychopaths, 21 Jump Street and Step Up 2! 🙂  I had originally wanted to get Stoke but it was ALL SOLD OUT!  Afterwards, we finally decided that we wanted to head over and relive the moments at the arcades.  We’re totally into Time Crisis 4 but that machine was as popular as ever (even after so many years) so we settled for trying out Razing Storm! 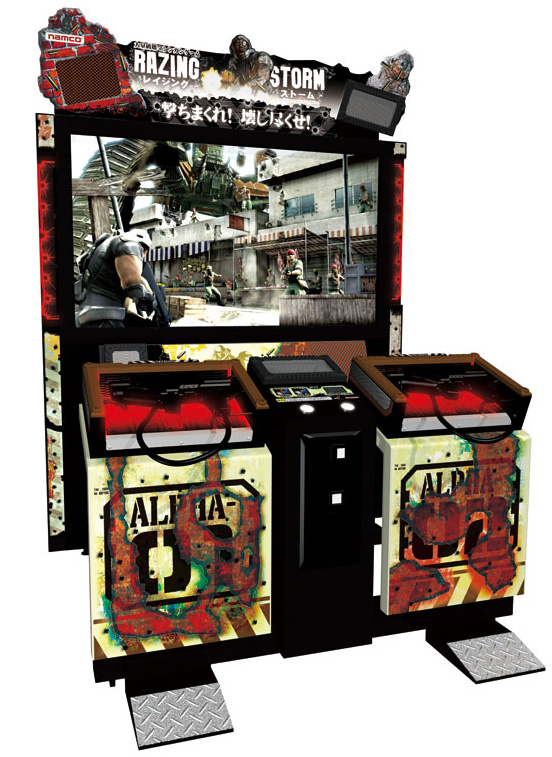 I couldn’t find the North American arcade machine and I didn’t think about taking pictures of it either! Those machine guns were so huge, my hands were hurting after playing a few rounds of it! It was mad fun though! PLUS, it was half price for all the games that night.  I love getting things done for cheaper than intended, so it made our day and it was quality time together so even better! It was definitely a fantastic Friday night! 🙂

On Saturday, the weather plummeted into rainy day again.  I had to postpone a lot of my workouts and since the night before, I had some insomnia (its been for the last few days) and didn’t sleep till 4am in the morning and then woke up at 7am.  It was efficient though! Managed to get a whole section of the Unit 2 for the TESL online course! Went over to my friend’s place to chill for a bit and then went out to check out the movie deals at Future Shop.  I should learn to avoid these places these days…I had to make decisions. I did manage to find Stoker for even cheaper at Walmart and found the only Resident Evil: Retribution Blu-ray that wasn’t in 3D and at a seriously inexpensive price! SO HAPPY! Lots of movies added on…even though I wasn’t supposed to buy any 🙂 (AND, Sir Phobus I did manage to get Wall Street on my tablet and I’ll get on it ASAP).

I ramble too much! Saturday night was the birthday of my boyfriend’s nephew which means seeing lots of kids play around and babies, chocolate birthday cakes and some adult fun! I got the chance to fulfill the hot dog craving I’ve been having!

Some shots to celebrate amongst the adults! 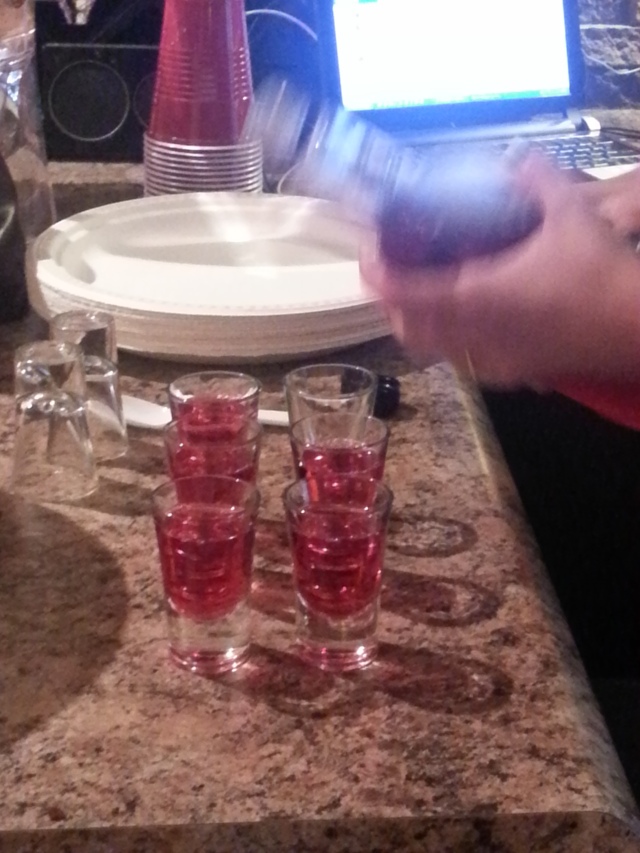 It was a fun night! We cut it short since both my boyfriend and I were dying of fatigue…so I went home to watch some Criminal Minds and prepare for an early morning jog on Sunday!

Guess what? This morning, I did get my jog in and did a whopping 6.8 km in mega humid weather.  At this moment, I still have 1.2 miles to complete by the end of the day to reach my 100 miles by summer goal.  I’m sure I can get it done with an evening walk later on.

BUT!  I have to introduce to my big investment of 2013 and my newest toy…

Here it is! My upgrade to a DSLR camera: Canon EOS Rebel T5i! I’m still learning a lot about how to use it but its really fun and even though this pic isn’t that great…I’ve been getting some really great shots with testing out the functions on objects! 🙂

How is your weekend? Did you have some awesome meals? Cave in to some cravings? Do some shopping? Maybe spend some time with family and friends?